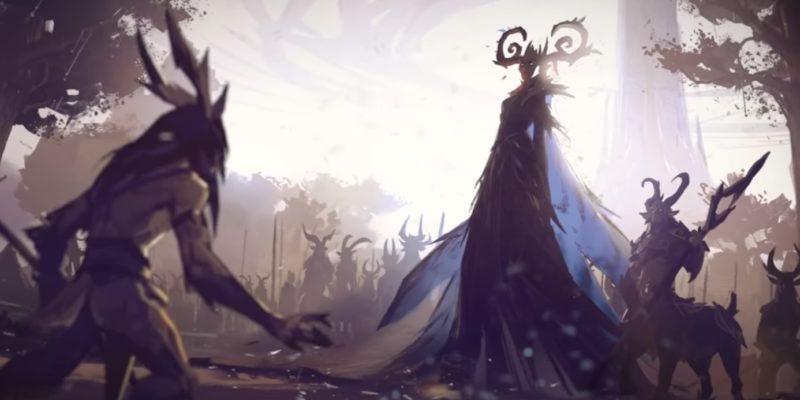 World of Warcraft: Shadowlands is getting the animated series treatment, like Legion and Battle for Azeroth did before it. Announced today by Activision Blizzard with a trailer, Afterlives teases the stories of several legendary characters of the Warcraft universe who have since laid down their lives.

With this series, as well as the Shadowlands expansion, we’ll get to see some legendary characters in action once more. The show is debuting on Thursday, August 27 during the Gamescom Opening Night Live.

Blizzard has not explicitly stated who the episodes in Afterlives will feature. However, if the previous series ahead of Legion and BFA were any indication, we’ll see major characters take up the protagonists’ roles. The most likely candidates are Sire Uther Lightbringer, Denathrius, the Winter Queen, and Draka.

Afterlives‘ trailer shows each of the covenants with some well-known and new characters that we know ended up there: Uther for the angelic Bastion; Denathrius for the vampiric Revendreth; The Winter Queen for the natural Ardenweald; and Draka for bony Maldraxxus. The questline as players level through Shadowlands will feature each of these zones with their own story and characters. It also looks like the series will act as both promotion and introduction for each of these zones ahead of the launch. We’re in for a treat with these beautifully crafted animated shorts.

Of course, it’s always scary to revisit closed storylines, especially ones as beloved as Arthas’ and Uther’s. We even seem to catch a glimpse of the former Lich King himself towards the end there. The quality of Blizzard’s more recent writing has been divisive, to say the least, but the community looks to be hyped for the shorts regardless. Let’s just hope Blizzard can match Warcraft 3: The Frozen Throne‘s writing in Afterlives and World of Warcraft: Shadowlands. Check out the beautiful trailer below.

New Legends of Runeterra champion Diana joins the next expansion