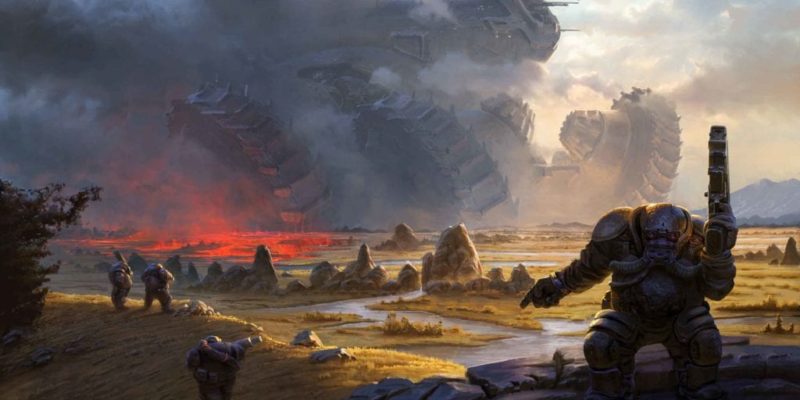 Dwarves are a staple of the fantasy genre. Although Age of Wonders: Planetfall has eschewed the old trappings of fantasy and has gone more futuristic and sci-fi, one can’t help but think of the Dvar as a race of space dwarves inspired by those tropes. This faction guide takes a look at the best tactics and strategies to maximize your Dvar playthrough.

Don’t let their diminutive size fool you because the Dvar — a race of hardy and industrious folk with some steampunk influences — is one of the strongest factions you can pick in Age of Wonders: Planetfall.

The Dvar faction predominantly uses Kinetic damage for a majority of their units, with Thermal damage being a secondary damage channel. Some attack types are explosive which deal AoE damage. They also have some of the strongest early-game units owing to their defensive capabilities.

The Dvar faction’s racial specialty is that they don’t have penalties from settling on Volcanic terrain. Normally, a -50% penalty to all gains in a Volcanic sector would apply to other Age of Wonders: Planetfall factions. Not so for the Dvar.

That, in itself, doesn’t mean that you should try to focus on Volcanic biomes because, ideally, you should still go for the ones that can help boost your colony’s growth and production. Like the Vanguard and the Kir’ko, the Dvar don’t really have a preferred biome type when expanding. They just have a trait that removes the penalty for settling on one of the worst terrain types.

The Dvar faction also has a strategic operation that allows them to make mountains habitable or flatten them into fertile plains. This is a bit more gimmicky, but it can be of some use if you’re starting position is surrounded by mountain ranges. Lastly, they have the Prospector unit which lets you gather a small amount of resources from sectors. For my custom Dvar commander, I picked Veteran, Data Repository, Dvar Assault Vehicle, and Kleptomaniac. I also chose the Promethean secret tech to better complement my playthrough (I’ll explain this choice in detail later on).

The early-game skills I obtained included Hardiness Training, Juggernaut, Siege Master, Infantry Commander, and Plasma Surge. My commander’s Assault Vehicle perk allowed her to start with the Dvar Bulwark vehicle. This is also a unit which you can recruit once you build a Skirmisher Barracks in your colony. You’ve got an ability that can debuff a unit with concussion, making them unable to move or attack for their next turn.

Anyway, what makes traits such as Infantry Commander ideal is because the Dvar faction’s core units are some of the best in Age of Wonders: Planetfall, lasting you well into the late-game experience if you play your cards right. For the Dvar-specific Military techs, Perimeter Security should be researched as soon as possible. With the Data Repository commander trait, you might even have this within the first turn. The tech gives you the single best mod for your Trencher units (Fortification Tools). Trenchers will form the backbone of your Dvar armies since they have a decent main Kinetic damage ranged attack and a melee attack. However, it’s their Entrench ability that sets them apart. This allows them to hunker down to increase their defenses. With the Fortification Tools mod, their entrenchment provides a defensive structure that can’t be destroyed unless the enemy uses “demolisher-type” attacks (breaking structures). Any Dvar unit inside these fortification emplacements also heal each turn!

Complementing your Trencher armies would be the Dvar Foreman. These units aren’t anything to write home about except that they do have abilities that can heal others or boost their morale. They also add extra healing per turn on the world map. You could also opt to give them the Reconstruction Kit mod to improve their support capabilities. From the early to mid-game, you should have at least one Foreman in your doom stacks.

There’s also the Drudges tech which adds the Factory Overdrive strategic operation. It boosts production in colonies at the cost of happiness. If you’ve already got Recreational Buildings, then this offsets the problem and you can keep churning out buildings and units like it’s nobody’s business. As for your Society techs, the Dvar’s unique early-game tech Exploitation Campaign provides a must-have doctrine operation (Revised Safety Regulations) that lessens the production required for all your buildings. The DV-R Terrain Security Bulwark, meanwhile, is a colony upgrade that improves morale. Another doctrine just lessens the influence cost of making AI minors move away from territories on the world map.

During the mid-game, you can get the Fortification Efforts and Cosmite Collection Program doctrine operations from the Superior Engineering tech. The former significantly buffs your militia/garrison units which is amazing, and the latter increases your cosmite gains, perfect for building more colonizer units, high-tier units, and mod upgrades. 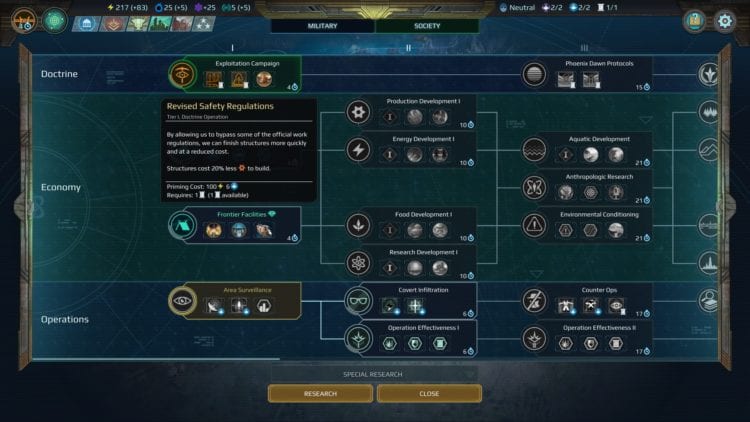 The Promethean secret tech is my main choice for my Dvar playthroughs. The reason for this is how easily some early-game mods and units synergize with your overall progress. The first would be the Dvar Purifier so you can have a reliable infantry unit that can apply burning damage to your foes. Next up would be the Thermal Targeting Relay mod which improves accuracy and damage especially for targets affected by the burning or immolated status effects.

Combine these with the Ammunition: Fire Burst mod. This allows many of the Dvar’s Kinetic-based units to switch their attacks to Thermal while also applying the burning effect. An additional tech, Thermodynamics, also has a mod (Explosives: Incendiary) that’ll allow explosive attacks to do Thermal damage and apply the burning status effect. Age of Wonders: Planetfall – Age of the Space Dwarves

The Dvar can be one of the best factions in Age of Wonders: Planetfall if you play to their strengths. Defensive-oriented Trencher units coupled with a Foreman to help support them can last you until later in the game. The Bulwark vehicle and units, meanwhile, use concussive attacks that can completely remove the action points of enemies (rendering them useless for a turn), perhaps even while their hex is burning.

You can also complement these units with Purifiers and Promethean-specific mods to boost Thermal damage accuracy. Then, you can switch out your default Kinetic damage into Thermal to turn your armies into hordes of pyromaniacs. Given that your core/starter units are extremely strong already, you can opt to focus more on the Promethean secret tech branch.

If you do focus on Dvar-specific additions, then Excavator Tanks and Rocket Artillery are pretty decent, and you can probably throw in an Earth Crusher in there. You’d be nearly unstoppable during the latter parts of the game. Also, a late-game tactical operation (Kinetic Vectoring Field) plops down a massive shield, making units harder to hit while improving their firearms damage.

If you’re looking to ally with some AI minor factions, then the Paragon would be your best bet. As usual, it’s the Smart Rounds mod that improves your firearms-based units considerably. If the Autonom are around, then the Concussive Ordnance mod gives your explosives-based units a chance to also apply the concussion debuff. The Autonom faction also has the AI Overseers doctrine to boost production even further.

With unrivaled defensive capabilities and the Promethean secret tech to back you up, the Dvar will have other Age of Wonders: Planetfall enemies “squatted” out of existence. 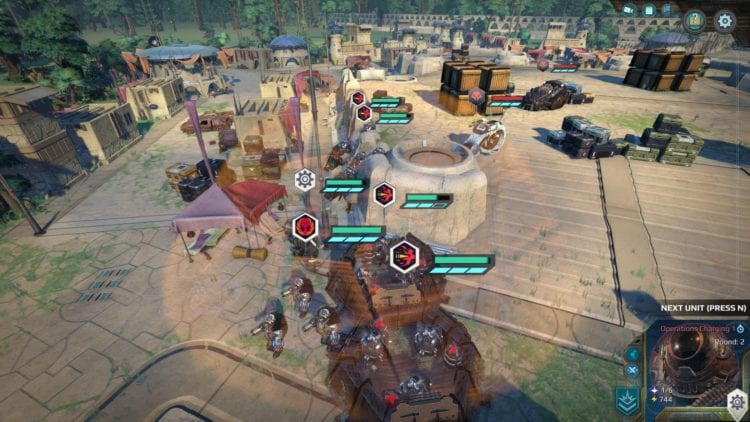 By Blake Grundman4 days ago
Guides