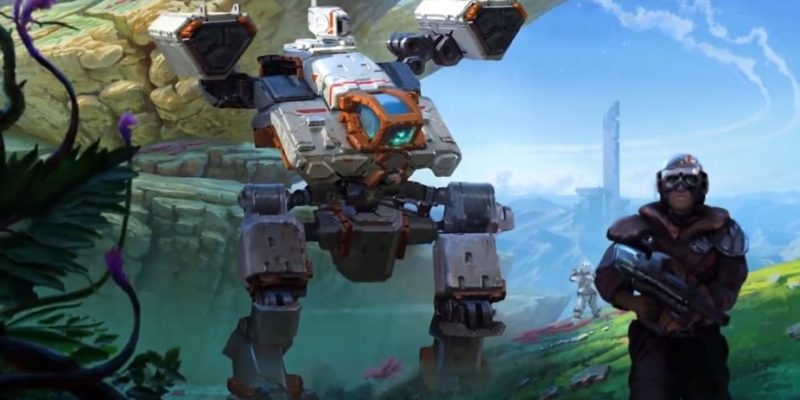 The Vanguard is one of the factions in Age of Wonders: Planetfall. They are probably the most common trope you’d find in sci-fi works, spacefaring Terrans born and bred to colonize the galaxy. You’ve seen similar renditions in Starship Troopers, StarCraft, Warhammer 40,000, Destiny, and more. In any case, this Age of Wonders: Planetfall faction guide takes a look at the best tactics and strategies to maximize your Vanguard playthrough. 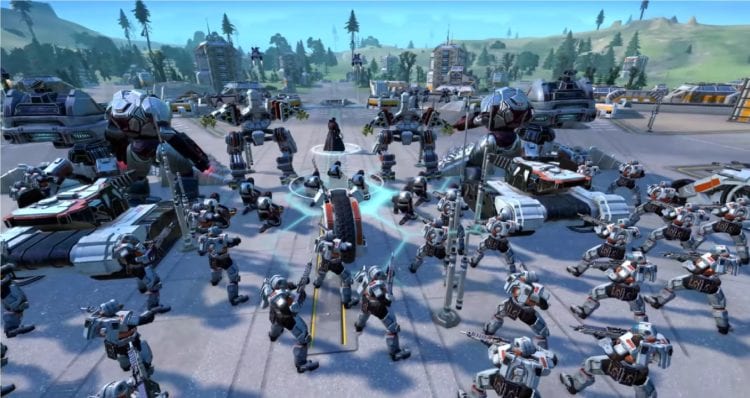 The Vanguard might be one of the more “generic” factions in Age of Wonders: Planetfall based on the themes. Heck, these folks might even be considered as the “beginner-friendly” faction since you start out with Commander Jake Gelder and his Vanguard forces if you played the tutorial. Still, it’s worth noting that they’re not as straightforward as, say, the Amazons.

The problem you’ll have when you get used to playing as Gelder is that he uses Voidtech. It doesn’t offer well-defined synergy at all (as it’s Arc/Kinetic-based), and very few perks complement your units or attacks.

Your armies use Laser weaponry and Firearms, a mix of Kinetic and Thermal damage. Your early-game units will mostly use the former if they’re humanoid/biological  (Troopers, Engineers) and the latter if they’re bots/mechanical (OWLs, PUGs, Assault Bikes).

That’s why for my scenario games in Age of Wonders: Planetfall, I picked the Synthesis secret tech. Remember our Assembly faction guide? The Synthesis secret tech works brilliantly for factions that use a lot of mechanical units (and the Vanguard is definitely one of those). Alternatively, another great choice would be the Promethean secret tech which uses the Kinetic and Thermal damage channels similar to your forces. 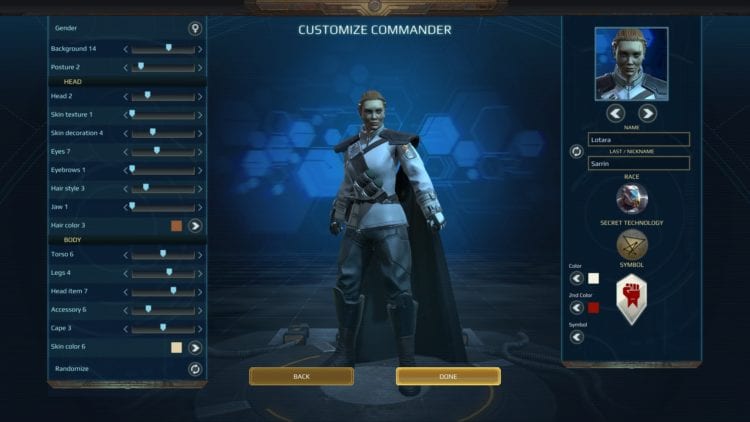 I named my commander Lotara Sarrin, a character from the World Eaters legion in Warhammer 40K — because why not? The Vanguard faction even has a Valkyrie unit (think of it as a Sister of Silence merged with a Space Marine with a power sword) that spawns from a drop pod, so it’s only fitting. Anyway, I chose Veteran, Data Repository, Vanguard Assault Vehicle, and Kleptomaniac as my commander’s perks.

Note: You can go with the Vanguard Suppport Vehicle perk too. This allows your commander to summon a healing drone or one that’s equipped with a laser.

Additional commander skills you’ll want to have early on would be Dig In (extra defense while in cover) and Field Medicine (heals units at the end of each battle). You’ll also want to choose between Infantry Commander and Ground Commander. Due to the combination of light infantry units (buffed by the former) and heavy mechanized units (buffed by the latter), it’s going to be tough since both are of equal importance. After dozens of turns, I eventually had tanks and walkers as support, although my core units remained the backbone of my armies. That means Infantry Commander still remains fairly viable, especially when you’re turtling with your Troopers because of their “overwatch” ability from firearms. 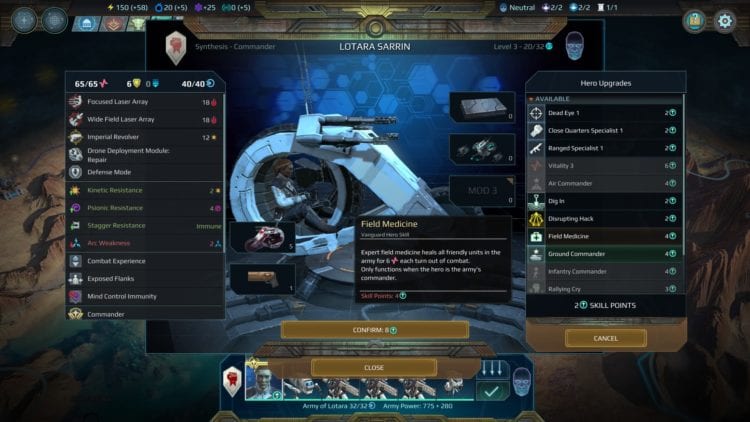 Nanite Support should be the first Military tech you obtain in your Age of Wonders: Planetfall game when you go with the Vanguard. If you’re lucky, the Data Repository commander perk would even give you that as your random free tech when you start. This tech provides a mod (Nanite Injectors) that any unit can use to heal themselves once per battle. A tactical operation (Nanite Support Station) also drops a healing unit that restores the HP of everyone in all hexes that surround it. Combine these with several units that can enter “overwatch” (ie. Troopers) and you’ll be turtling often, and succeeding, if you fight battles manually.

For your Synthesis secret tech, don’t forget to grab Synthesis Integration for the mods that allow your units to be classified as “interfacing” with the Synthesis network. These allow future buffs and healing capabilities via operations to affect them.

Note: There is one mod that’s truly beneficial if you use Firearms-based units, and that’s the Smart Rounds mod. However, this is only obtainable when you improve your relations with the Paragon minor faction. 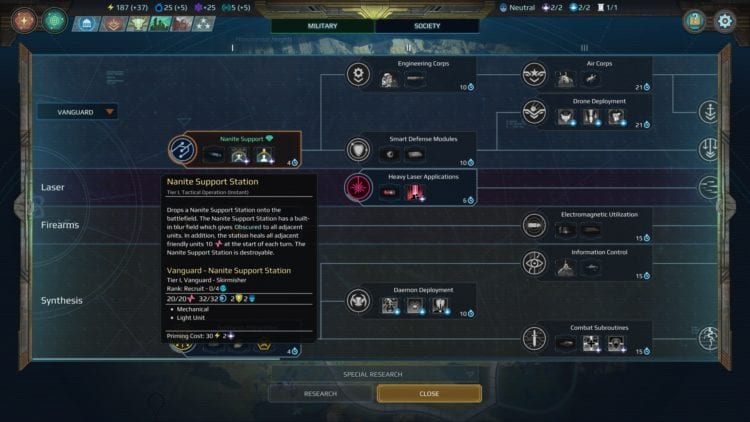 For your Society tech tree, Frontier Policies is the unique Vanguard pick in your early-game experience. You’ll gain two doctrine operations that you can activate down the line — one to provide extra food for your colonies (Frontier Survival) and one to improve production (Colony Militia). A building upgrade (Combat Simulation Center) also gives +2 experience per turn to all units that are adjacent to the colony center’s hex. Yes, you can leave certain units or even armies next to your colonies so they can earn their stripes without fighting.

Unlike the Amazons or the Assembly, the Vanguard does not have any particular affinity with sector biomes. Like the explorers of unknown space, they can adapt well to any environment provided that you also research the exploitation techs for your surroundings. 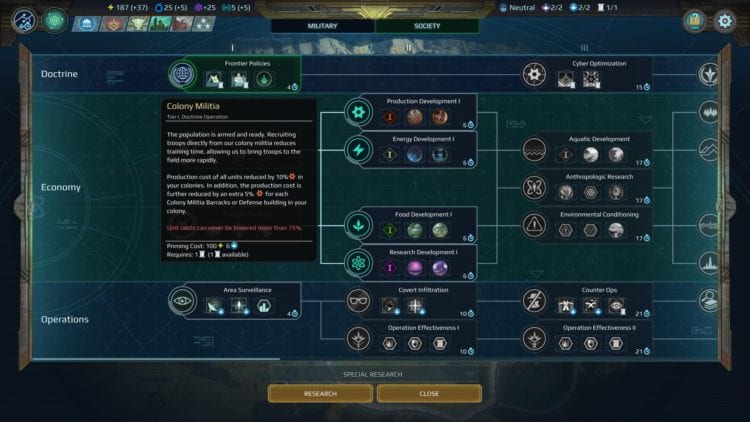 Note: If you went with the Promethean secret tech, then grab the Purifier unit plus the Thermal Targeting Relay mod. Combine these with several Laser/Thermal-based attacks from your recruits, while using the Ammunition: Fire Burst mod to have Kinetic firearms do Thermal damage instead, and you’ll be burning opponents into cinders.

Age of Wonders: Planetfall – The Age of Humanity

Unlike the two factions we’ve previously featured in our Age of Wonders: Planetfall guides (the Assembly and the Amazons), the Vanguard doesn’t obtain flat bonuses from biome types. However, two early doctrines already boost production exponentially via barracks and defensive buildings, allowing you to churn out more units, and extra food to keep your colonies growing and annexing territory.

If you’re looking to improve relations with AI minor factions, you can work well with almost everyone. However, the better choices would be:

In battles, multiple units will be able to enter “overwatch” to protect your defensive perimeter. Later on, your Engineers, tactical operations, and other unit skills can even plant turrets or spawn additional support during battles.

You’ll find victory in manual engagements as you funnel in your opponents towards your “kill zone,” all while your nanite stations or drones keep you alive. Coupled with boosters from the Synthesis tech and your integrated units — especially your mech walkers and tanks — you’ll be able to ground your foes into dust. Oh, and don’t forget to drop your Valkyrie (via a tactical operation) right next to clustered enemies to wreak havoc. 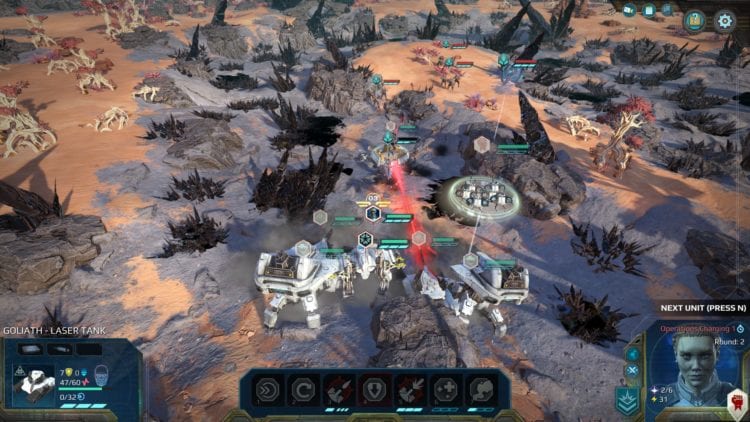