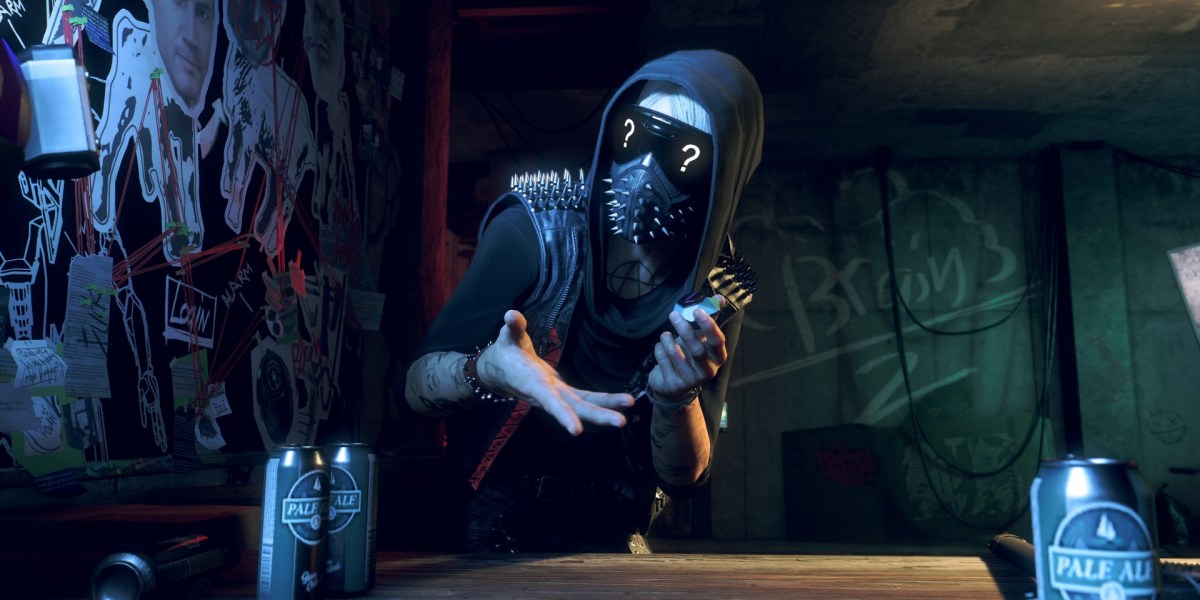 Ubisoft teased an appearance of the original Watch Dogs protagonist Aiden Pearce in Legion before it ever launched. Today, during Ubisoft Forward at E3 2021, we know where and when he’ll show. And he won’t be alone. In the Watch Dogs: Legion – Bloodline DLC, Aiden will goes against another series character, Wrench, who was featured in the second game. Bloodline is going to be a new story mission starring the unlikely two, and it’ll launch for PC on July 6.

The Watch Dogs: Legion – Bloodline DLC stars Aiden Pearce, who takes a job in London. However, plans go sideways as he’s interrupted by Wrench, who takes the item that Aiden was sent in to steal. Now, likely a little pissed, Aiden teams up with his nephew Jackson to hunt the masked Wrench down and recover the goods. Watch Dogs: Legion – Bloodline DLC takes place before the events of the base game, and include quests for both Aiden and Wrench.

“With his fixer contract now gone sideways, Aiden is caught in a deadly crossfire,” reads the game description. “With no real allies against a corporate giant, and with Wrench one step ahead of him, Aiden must team up with his estranged nephew Jackson, and rely on his grit and experience. With Wrench’s unpredictable behavior, things are bound to get chaotic.”

The Watch Dogs: Legion – Bloodline DLC is included in the season pass of the game, but it can be purchased separately. However, those with the season pass will get more content based on Bloodline. When the DLC lands, you’ll be able to add Aiden and Wrench into your DedSec Resistance for the main campaign and the online mode. Both characters come with their own abilities as well.

Aiden and Wrench join Watch Dogs: Legion in its Bloodline DLC on July 6, either as part of the $29.99 USD season pass or $14.99 separately.