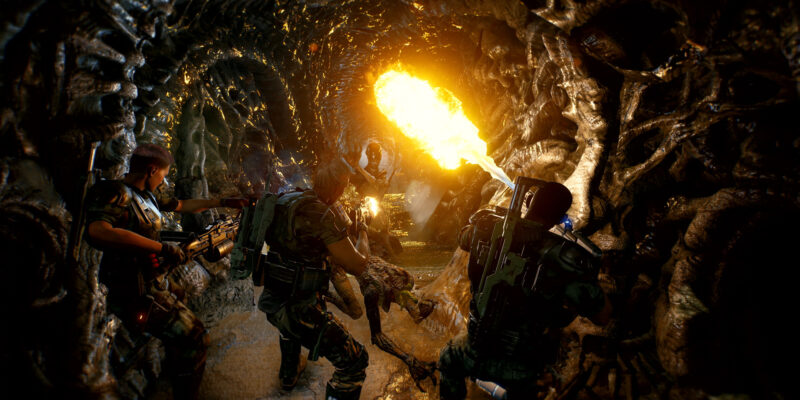 No one can hear you scream in space, whether or not you’re screaming in terror or from glee. But fans of Aliens: Fireteam Elite are likely screaming about the latter, as developers Cold Iron Studio revealed a new Year 1 roadmap, which teases tons of new free content including new weapons and attachments. The game already released a season of free content, with a brand-new kit called the Phalanx. With the new roadmap, we have details on how much more free stuff we’ll actually get, and it looks like plenty to dive into.

The new Phalanx kit came with four additional weapons and five new cosmetics, available for free to all players. In the future, we’re not just getting new weapons, but some new game modes as well. Each new kit will come once every quarter, starting on Quarter 4 2021 until Quarter 3 2022. With each new kit, players will get new weapons, new attachments or perks, new challenge cards, and new perks. Ultimately, this will bring us to three game modes, 12 weapons, over 20 attachments, more than 10 perks, 30 or more cosmetics, and at least 20 new challenge cards. That’s a lot of new stuff.

A whole year of Aliens

Season 2 will begin somewhere between now and the end of December. The first new game mode seems to be similar to Horde, with developers teasing that players who enjoyed the Horde Mode will surely like what’s on the way. The developer also wishes to bring some quality of life updates to the game as well, not just new content.

“Our focus is first on bringing quality of life improvements to the game that will add more enjoyment to the game’s existing content,” Cold Iron Studios wrote. “These new features shouldn’t drastically alter the way the game is currently played, but we hope you will greatly enjoy them all the same.”

You can read up on the game’s first Season 1 update on its official website here. Check out Aliens: Fireteam Elite’s roadmap below. 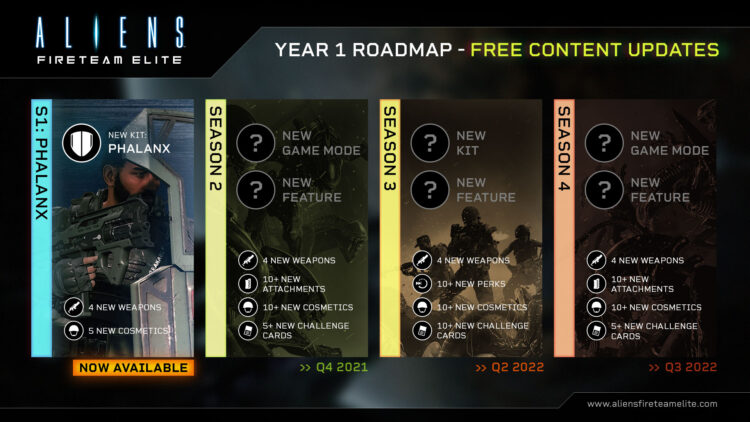 GTA: San Andreas is going VR for Oculus Quest 2, which will soon be known as Meta Quest

Report: Vicarious Visions to lose its name as it fully merges into Blizzard