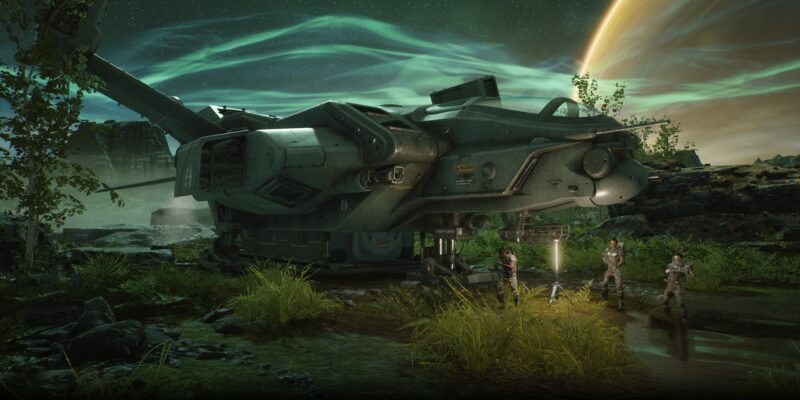 Cold Iron Studios continues to hammer out free content updates for Aliens: Fireteam Elite. The third-person, co-op shooter where you kill xenos by the thousands got a new mode this week, along with more cards and cosmetics. Aliens: Fireteam Elite – Season 2: Point Defense is a free update for the game, letting you slay away during the holiday break. And yes, that does mean you get a Santa hat you can wear.

For something that’s free, Point Defense brings a lot to the table. Like Santa, Cold Iron has shown up with a hefty sack of goodies for those who are nice, but especially for the naughty. Four new guns are available to equip and upgrade. The set includes the EVI-87 Zvezda Plasma Rifle, Frontier Revolver, and PPZ-49 Vol. You can also deck the halls out of your weapons with two new skins, as well as two more decals. The ‘Festive Hat’ is also available along with the Endeavor Wings Cap. But let’s be honest, you all are gunning for that Santa hat, aren’t you?

There is more, of course. The Fireteam Elite – Point Defense update brings more rewards like emotes, as well as 13 additional weapon attachments. It also comes with some new challenge cards: three uncommon, four rare, and one exotic. The new mode is called Point Defense, where you and your team “must protect, repair, and hold three different strategic points through multiple attack waves from the xenomorph threat.” There are 20 rewards to earn in the new mode. Finally, the Lifetime Stats feature keeps tabs of your performance in the game. 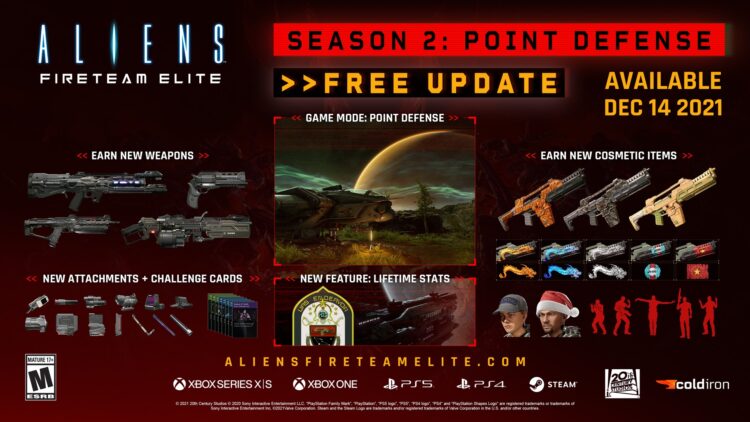 That’s a lot of stuff

The Aliens: Fireteam Elite – Season 2: Point Defense update is only the second wave of new, free things heading to the game. It’s a part of Cold Iron’s Year 1 Roadmap, which includes four seasons. The next two major updates will bring new features, eight weapons, new perks, and even more attachments. Season 3 and 4 are scheduled to come out next year.

The developer rounds off the update announcement with a purchasable DLC option. For $9.99 USD, you get a load of Kit skins, such as Nostromo Crew jackets.

There are also fixes and changes, so be sure to check the patch notes.

After more than a decade, Diablo II is getting a balance patch