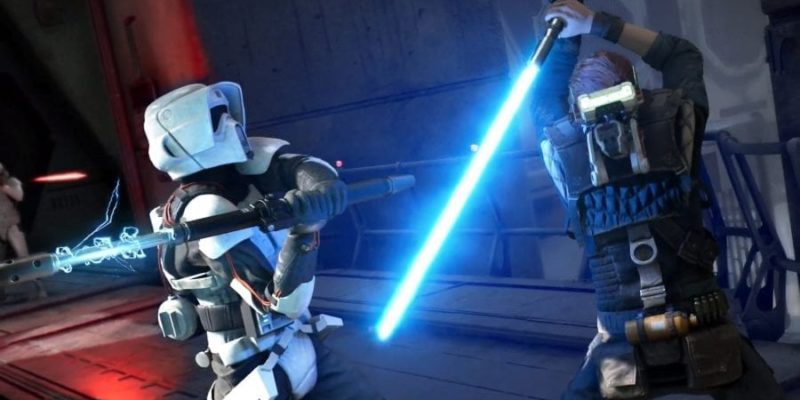 Respawn Entertainment and Electronic Arts finally peeled back the curtain on the upcoming Star Wars Jedi: Fallen Order. The third-person action game is looking good so far, and from the audio and visuals, it is a quintessential Star Wars game. More importantly, we saw a sliver of what we can expect from the lightsaber-swinging combat.

He’s got the moves

The story follows Cal Kestis, a Jedi in hiding and also on the run following Order 66. As a Jedi, he has use of the Force as part of his toolset. In the trailer, we see Cal showcase these abilities with Force pushes and pulls, and now, the ability to also slow down time. Simple uses of the Force push aren’t just for enemies. We see Cal use this to blow open a door and find an opening in one of the scenes. And as for Force pull, Cal uses this ability to bring a vine closer in order to swing onto the next available platform. 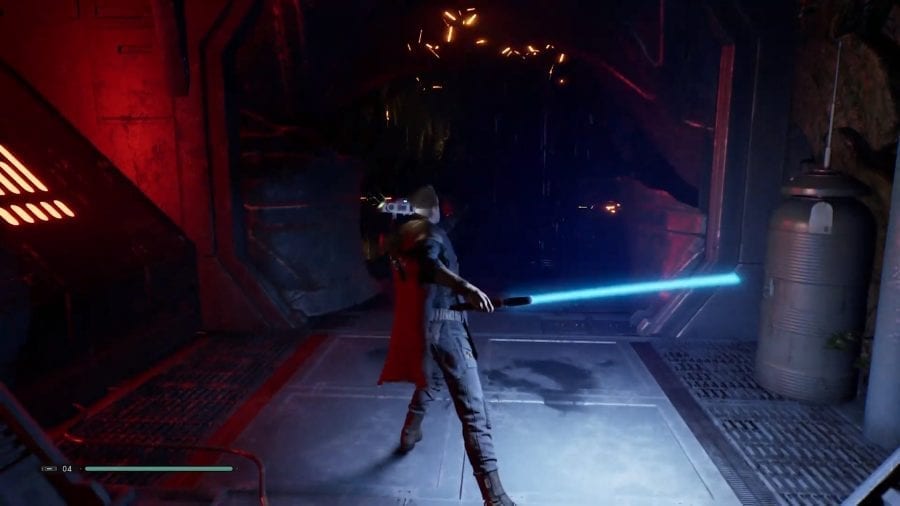 The time slowdown appears new to Star Wars games. However, Respawn Entertainment — when speaking on how this ties into the Star Wars universe — states that the story and abilities in the game are indeed canon. The ability isn’t solely isolated to combat, as it’s used to slow down giant exhaust fan blades in order to traverse through.

As Cal made his way around corridors, we also saw many of his close-quarters combat moves. Things that you would expect from a Star Wars game with the word “Jedi” in the title include, obviously, the use of his lightsaber. Aside from hacking and slashing, we saw him throw his saber and then have it boomerang back to him. Cal can also twirl his lightsaber like a windmill to deflect Stormtrooper blasts, sending them back at his enemies. This is, of course, a classic in the Jedi arsenal.

But Cal can do a bit more. In a couple instances, Cal could hurl his lightsaber like a javelin into his enemy’s chest, pulling the blade (and hapless foe) back to him. The gameplay video also showed that Cal can stack his Force abilities. In one moment, he slowed down time after a Stormtrooper cracked off some shots. Using Force pull, he yanked the soldier to his side, then placed the trooper in front of one of the shots fired, killing him in a rather humorous way.

Flexibility at its finest

To assist in his maneuvers, Cal can use a jump and Force-empowered double jump to reach areas and platforms. Respawn flexed its artistic freedom as well, including the ability to run across walls. In a few moments where he was head-to-head with enemies, we also saw the use of a dodge and roll to evade. At one point, Cal utilizes an ability called “Sense Echo,” where he approaches an unconscious Stormtrooper to find out how he met his demise. 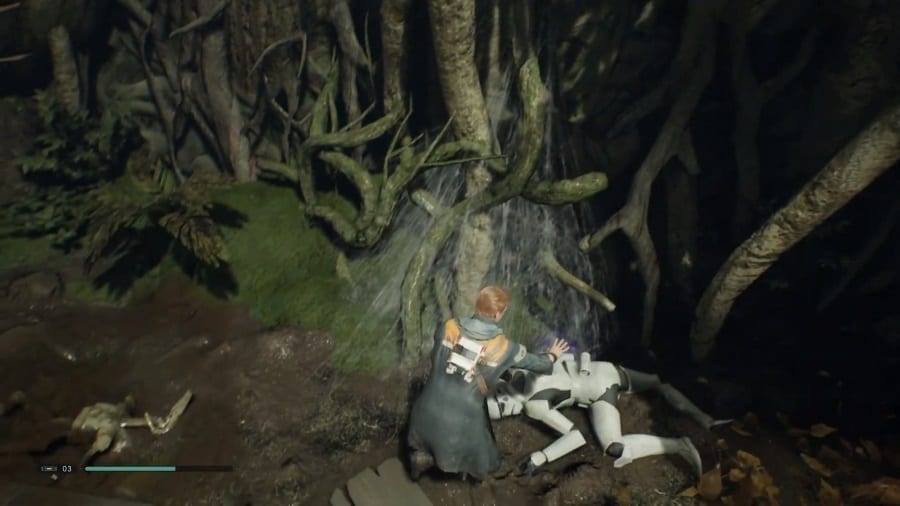 Cal using the Sense Echo ability to delve into a Stormtrooper’s past.

Putting your skills to the tree

It looks like there will also be a host of skills to use at your disposal. Downing an enemy will result in obtaining points in order to spend on skills. It isn’t known at this point how expansive the tree might be for purchasing or modifying abilities. 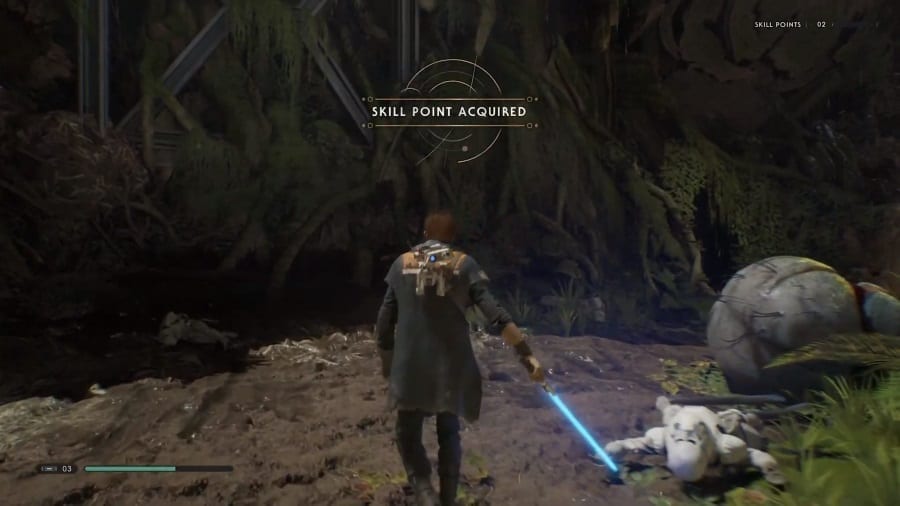 Not alone, you are

The initial teasers shown for Star Wars Jedi: Fallen Order revealed a droid companion. The droid’s name is BD-1, and it isn’t just there for looks. BD has the ability to provide stem packs for health, assisting Cal in dire moments. This is a player-enacted move and is limited in its use. The helpful droid can also hack doors and scan the environment, even opening new pathways for progression or possibly even exploration. 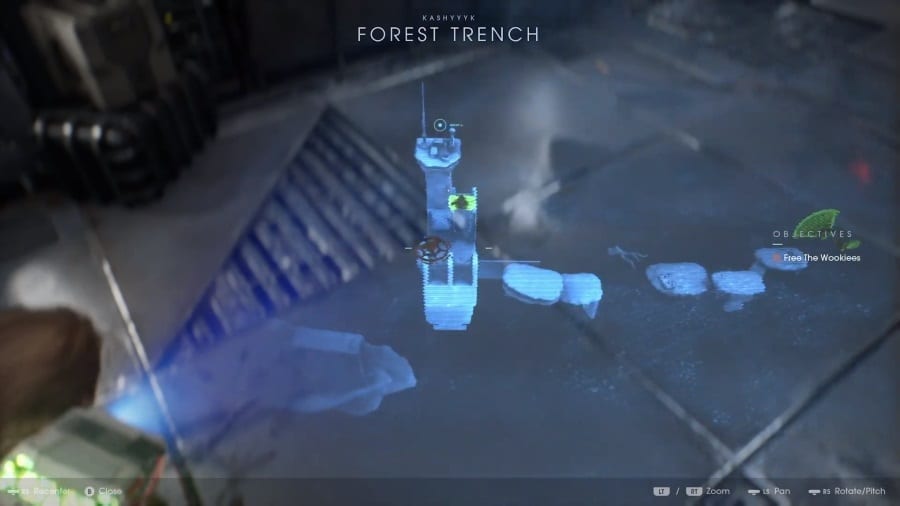 Star Wars Jedi: Fallen Order releases this year for PC on November 15. It has not been stated at this point if it will release on Google Stadia.