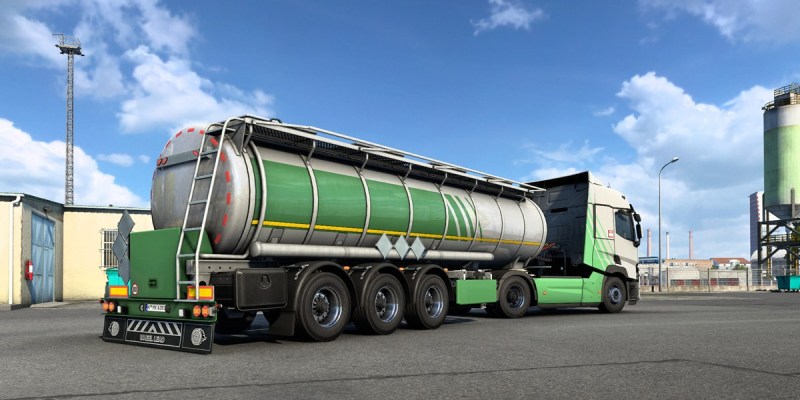 In terms of shared enhancements, there’s a lot to go around. The update revamps the photo mode, which has long been a part of both sims. In addition to having a new layout, there are now “Photo Trophies” scattered about the map — represented by gray camera icons that have no description.

A bucket of treats

But, when you drive past them and snap a photo, a small label will appear under the viewfinder that identifies the piece of scenery you’re capturing. Whether it’s a man-made structure or natural feature, these new additions will give players another reason to explore and snap up some screenshots.

These are a part of the new Gallery, which contains all of your captured screenshots, Photo Trophies, and Viewpoints (both discovered and undiscovered). 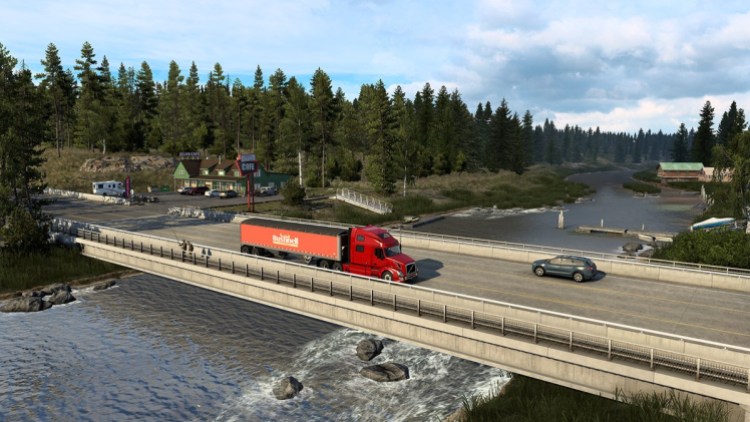 The next few feature is the new Company Browser, which allows players to specify exactly what loads they want to carry. Whether it’s grabbing a job from a specific company, a specific type of cargo, or even sorting jobs between two specific cities, the Company Browser allows you to explore all of your options.

On the topic of cargo, you can now buy Chemical Trailers. The new trailers are specialized to carry dangerous cargo like “acidic, toxic, or corrosive liquid products.”

Driveshaft torque is a new neat visual enhancement that’s been made to the behavior of the trucks across both sims. However, the effect is more noticeable in American Truck Simulator due to the designs of American-made chassis being notably longer than their European counterparts. The effect itself “simulates the spinning of the chassis during acceleration, which results in a slight lift of the front left wheel.” You can determine the intensity of the effect by using the new slider found in the “Gameplay Options” menu. Pushing it all the way to the right will result in a very pronounced effect.

The final shared new feature are custom city intros, which are viewable only in certain cities across both sims when starting a new profile. 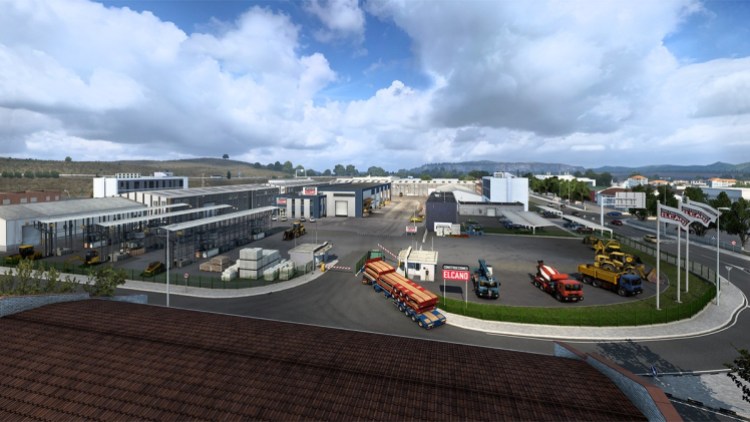 Yellowstone National Park in American Truck Simulator has received a bit of an expansion. SCS has patched in the US-20 road that runs between Idaho and Montana. Owners of both DLCs get to enjoy exploring yet another section of the famous national park that will also serve as another bridge between the two different states.

If you need more of an excuse to drive around Idaho, its Viewpoints have been enhanced with new lengths, pacing and camera movement.

The Iberia DLC for Euro Truck Simulator 2 has also been enhanced. A new road network exists near Madrid, Spain’s capital. SCS states that it was inspired “by the city of Arganda del Rey.” and now serves the functional purpose of housing a new “company prefab of Construcciones Elcano.” As you drive throughout the Iberian Peninsula, you may also take note of the new signage that’s been outfitted along the roadsides. 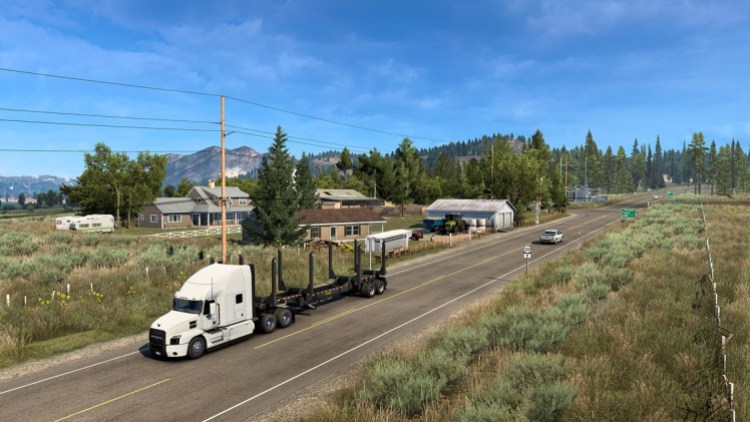 American Truck Simulator will receive the long-awaited Texas expansion in only a matter of days, with it launching on November 15. Meanwhile, Euro Truck Simulator 2 fans are keeping an eye out for the release announcement of the upcoming West Balkans DLC. This was first announced a few months ago following the indefinite delay of the Heart of Russia expansion, which although finished, remains out of public hands due to the ongoing real-world conflict in Ukraine.

By A.K Rahming4 hours ago
Previews

By Chirag Pattni6 hours ago
News