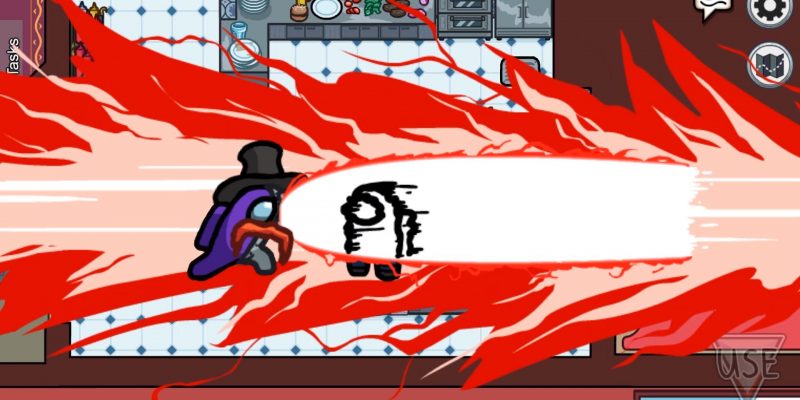 Limited Run Games is known for making digital titles into physical formats with other extra items included as special bonuses. Now, Limited Run Games is partnering with InnerSloth to release a Collector’s Edition of Among Us. This news is hardly surprising due to the surge in popularity Among Us has experienced. The game’s ongoing popularity has further been reinforced by the development of mods and the developers have also added brand new content to the game. This includes the Airship map, with new crewmate colors and 15-player lobbies to come.

A little more love is always welcome though, and the Among Us and Limited Run Games partnership will allow fans to take their love for the game to the next level. The PC Collector’s Edition of Among Us will throw in a lot of goodies alongside a Steam and Epic Games download code. You will also receive a working emergency button that plays the same emergency sound that is in the game. The collector’s box is designed to showcase the working emergency button.

You will be able to get your hands on a jewelcase which has a physical disc containing music from the game. In addition, there will be an official G2 Blu-ray sized Steelbook case featuring some concept art and an interview disk thrown in. Lastly, you will get a reversible poster.

There is nothing sus about the Among Us Collector’s Edition

To get your hands on the special Among Us package, you’ll need to spend $79.99 USD. Limited Run Games will begin accepting pre-orders for the Among Us Collector’s Edition on May 11 at 10 AM ET. It is important to note that it may take a while for you to receive your order. Once the pre-order window closes on June 27 at 11:59 PM ET, products are not expected to ship until another four to five months after.

There is no doubt that the Among Us Collector’s Edition will be popular. The unique merchandise that is available will catch the eye of both impostors and crewmates alike. 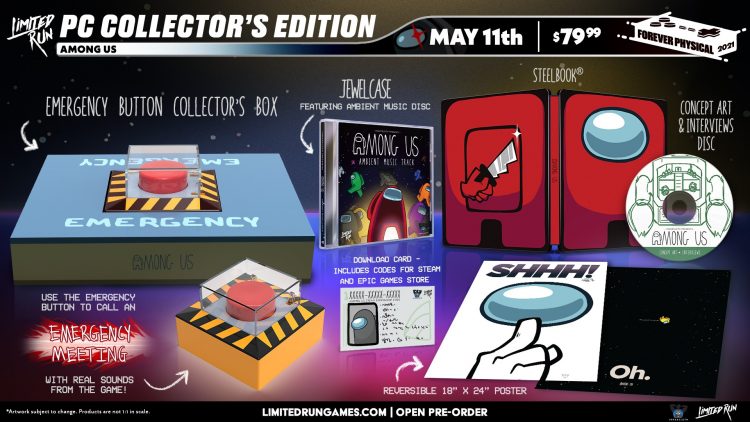