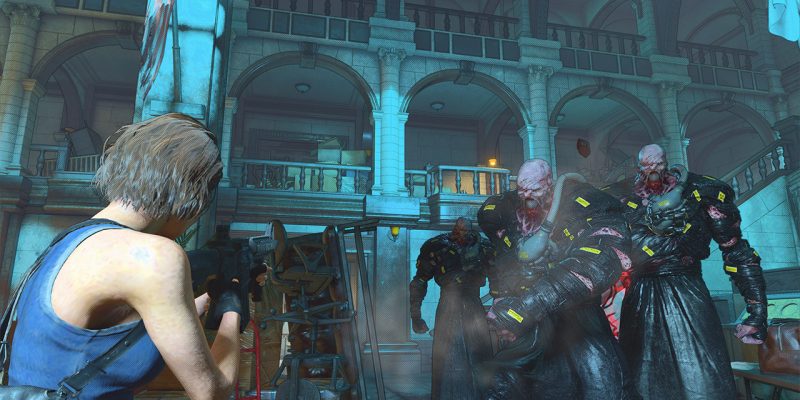 As the Resident Evil franchise continues to grow, so has the number of off-chute titles. These are games that exist outside of the numbered Resident Evil games, although they too consist of canonical themes and arcs. These non-mainline games consist of a number of multiplayer-based experiences. The most recent of these is the upcoming Resident Evil Re:Verse which features some of the most notable protagonists and antagonists from the Resident Evil universe. The previous open beta session ran from April 7 to April 11. However, a new open beta has been revealed and starts today. This one, though, only runs for two days, from April 14 to April 16.

【Additional Beta Test】
The additional beta test has begun today, from April 14th 2021 3:00 PM (JST).
It is available for all Steam players, and those who have already downloaded "Resident Evil Re:Verse Beta" for PlayStation4/Xbox One.

The biggest difference between Resident Evil Re:Verse – besides the awful spelling of its name – is its focus on the team deathmatch aspect. Meaning, players will instead focus their firepower on human opponents instead of AI and a timer. Teams of four to six will gain points for kills and be able to call upon bioweapons to use against their opponents in order to secure victory. As well, the visual style seems inspired more by the comic book genre with its cel-shading rather than realism. That is something noticed right off the bat from its gameplay teaser.

Resident Evil Re:Verse arrives on PC via Steam on May 7, 2021. It will launch for free with the purchase of Resident Evil Village. As previously mentioned, the new Resident Evil Re:Verse open beta will only be available from April 14 until April 16. It is unknown if there are more beta sessions planned for the future, especially as we creep closer to the May 7 launch date.