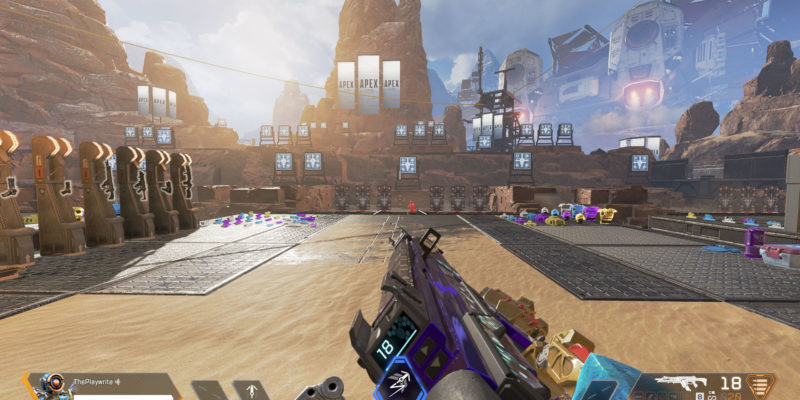 An Apex Legends developer has just given players some clues to unlocking an Easter egg in the new firing range. The developer, Rayme Vinson, was responding to a thread started by a Twitter user named Raeldon when he dropped the hint. Be warned, though – it’s a bit of a riddle.

Yeah it’s different. There’s no sequence to follow or crazy trick shots to do or anything. It’s simple but unlikely to randomly be done on accident.

Four simple things about you need to be true. If they’re true when you ******, the thing happens (and it’s not subtle).

Since the riddle was put to fans, speculation has been rampant. What are these four things? Is the blanked-out word six letters long, or was the use of six stars a coincidence? Here’s everything we know that could help you in your journey to the Easter egg.

The question that started the thread was if the Easter egg required three people to unlock. Rayme responded with a clear Danny DeVito-giffed “Nope”. So, you can do it solo. Rayme has also said the Apex Legends firing range Easter egg has nothing to do with getting outside the map. He admitted he had no idea that was even possible until players managed to do it. He also confirmed that it doesn’t require you to be using a specific legend. His exact words were actually, “Not really!” This could mean it can be done with any legend, but it might be easier with certain ones – which likely means mobile heroes like Pathfinder and Octane. 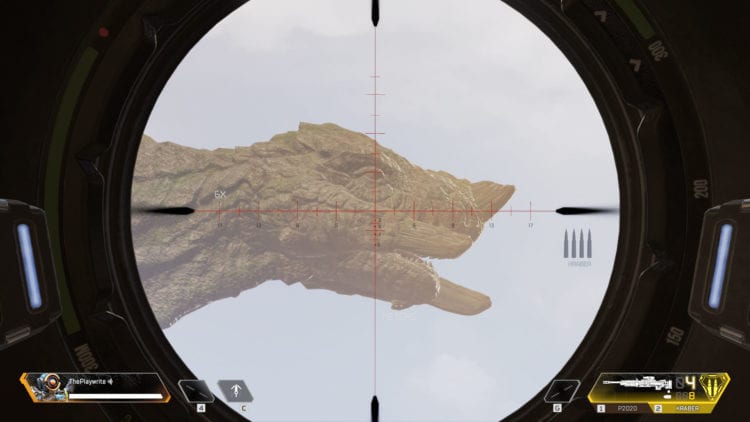 Tell me what you know. Tell me or I’ll shoot you in the head!

That’s all the reliable information out there on the Apex Legends firing range Easter egg. Everything else is speculation. I’ve got some speculative thoughts rolling around in my head too. Maybe they’ll help you get to the egg.

You have two weapon slots that give you one piece of information: how much ammo you have. Could the four true things be two specific weapons with a specific amount of ammo in?

I’ve spent a few hours trying things, but there are so many variables that fit the riddle. I suspect we’re going to need another clue before the Apex Legends firing range Easter egg gets cracked. Until then, happy hunting legends.