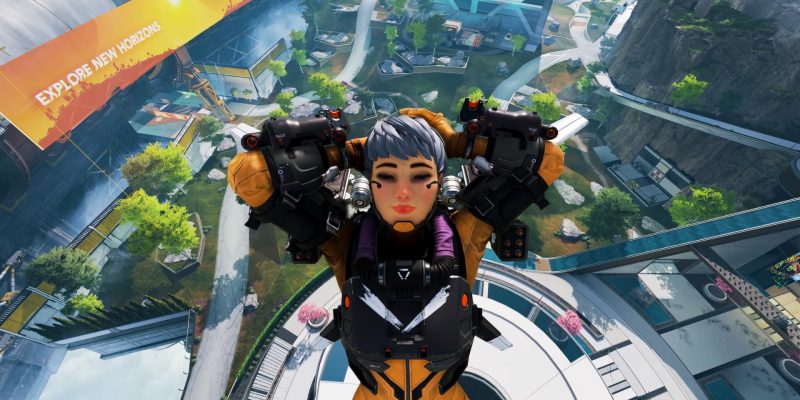 The Apex Legends Legacy season update is making substantial changes to a lot of the Legends and weapons in the game. If you want to check out the overall changes coming to the battle royale (and Arenas) with this update on May 4, take a look at our previous post. For now, let’s look at the character and weapon changes and how they could impact gameplay.

The first thing to note, as you probably all have by now, is that there’s a new Legend on the roster. Valkyrie is the high-flying, rocket launching, daughter of a former Titan pilot. She uses a jetpack made from the remnants of her father’s Titan to give her excellent mobility abilities. You can check out the abilities in action in Valkyrie’s official ability video.

Probably the most notable upcoming change to the Legends will be the removal of the Low Profile trait. Previously, Lifeline, Wattson, and Wraith all took bonus damage due to the smaller nature of their hitboxes. In the Season 8 patch, Respawn Entertainment experimented with Wraith’s hitbox size without compromising the character model. It considered the test successful. So, bye, bye Low Profile. Lifeline will see the most changes with the latest patch. Her Combat Revive will no longer deploys a shield to defend allies. Let’s be honest, that was way too powerful. Instead, she will be able to revive two teammates at the same time. She can also cancel the revive to allow allies to defend themselves with their Knockdown Shields.

To compensate for the revive nerf, Lifeline’s Heal Drone will also deploy about 33% faster and heal for eight hp per second. Previously, it was five hp per second. Lifeline’s Ultimate Ability will also get two decent buffs, which should make it a lot more useful throughout a match. The cooldown of the Ultimate will be reduced from six minutes to five. Plus, it will always contain an upgrade based on your team’s gear.

Octane will receive two nerfs that are definitely going to slow him down. The cooldown of his Stim will been reduced to just one second (previously at four). However, it will cost 20 hp to use instead of 12 hp. The other nerf will be to his bullet spread, which will be increased while in the air or shooting from his low Launch Pad trajectory.

Loba’s teleport, Burglar’s Best Friend, had a lot of work done to it to prevent it from constantly bugging out. Plus, Loba will soon be able to move at full speed while aiming and after using the teleport. To offset these buffs, her Black Market Boutique will receive a deserved nerf. Its cooldown will be 120 seconds, up from 90. Horizon, another Legend in need of a nerf, gets what she deserves with some tweaks to her Gravity Lift. It will defy gravity less with a reduced lift speed, reduced side-to-side movement, and players will only be able sit on top of it for two seconds. The cooldown of Gravity Lift will also increase by five seconds for a new total cooldown time of 20 seconds.

Crypto can no longer use his drone to hijack a respawn beacon that is already in use. However, the drone will be able to scan and open care packages. Meanwhile, Fuse is going to get a much-needed buff. His Knuckle Cluster will store two charges, and the cooldown will reduce from 25 seconds to 20. Bloodhound’s Eye of the Allfather will no longer grant assists. Finally, Bangalore’s smoke will be thickened, which should make it as dense as before the Season 8 patch. There’s a new weapon coming to the game’s arsenal. The Bocek is the first bow to come to Apex Legends. It can be charged to fire higher-velocity arrows that deal more damage. It’s certainly going to shake things up. However, I don’t think any weapon that doesn’t have a massive immediate damage spike or doesn’t output a lot of bullets very quickly will replace the SMGs, Assault Rifles, and Shotguns that rule the meta. Unless you’re a god with the Wingman.

Having said that, Respawn has created a new weapon category for the Bocek, as well as the G7 Scout, 30-30 Repeater, and the Triple Take. The Marksman weapons will fall between Assault and Sniper Rifles and get some unique benefits.

For instance, when you ADS with Marksman weapons, you will no longer move as slowly as with the Sniper Rifles. These weapons also benefit from improved hip-fire accuracy compared to Sniper Rifles. Marksman weapons will certainly find a place with players who like to battle at a distance, but still like to have a reliable secondary weapon when enemies get closer. The two big weapon changes will be to the Peacekeeper and the Triple Take. The Peacekeeper is coming out of the crate, albeit with some nerfs. It will come with a Precision Choke by default. However, its damage will drop from 10 per pellet to nine. Plus, its reload time and pellet spread will be increased. As for the Triple Take, it will become a crate weapon and get some buffs. It will charge faster and have an increased fire rate. It will also retain a charge for a brief moment after leaving ADS.

There are a bunch of other changes to weapons, but nothing too substantial. You can check them out in the patch notes.