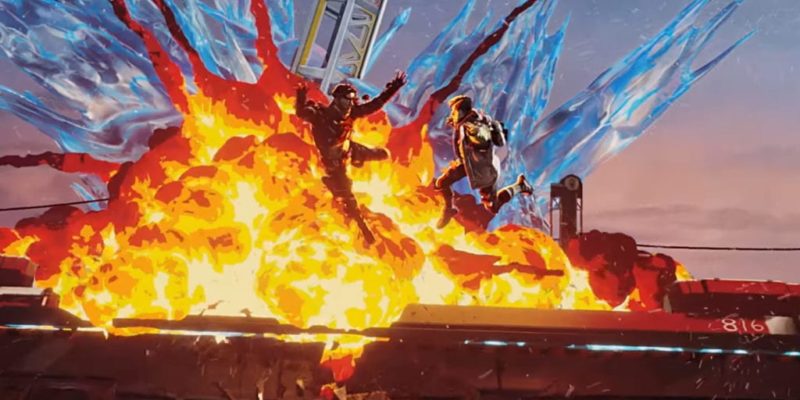 There was no telling where Apex Legends would land when it initially launched. It entered at a time when Fortnite had its claws dug deep into the battle royale genre. Respawn Entertainment and EA brought in this new first-person shooter based in the Titanfall universe to contest the crown. That was also less than eight months ago.

Recently, Respawn highlighted some of the features that would be coming to the third season of Apex Legends. That news brought with it the reveal of Crypto, the latest legend to be added to the roster. Other features included a new legendary weapon, the Charge Rifle, and still yet more questions. However, one question at least has been addressed with a few trailers. In our initial report for Season 3: Meltdown, I had questioned what modifiers would be coming to Kings Canyon. But it looks like instead of rehashing the same map, the cast of characters will have a new planet as their battlefield.

The developers at Respawn Entertainment keep delivering story trailers in the form of “Stories from the Outlands.” These vignettes provide personal backgrounds on the legends of Apex Legends when new ones are introduced, giving some context and personality to the ever-growing cast. Prior to the gameplay reveal trailer, the Meltdown launch trailer gave a first look to the new map. Not only that, it showed more dialogue from Crypto, showcasing his personality and attitude.

Boots on the lava ground

The gameplay trailer reveals quite a bit more about the landscape of the new environment — specifically, how nature will now be a part of your strategy. There is a massive volcano that can be seen in the background, not to mention lava fields to set the stage for some tense battles. The trailer also shows off snow-covered platforms and hills. This might point to speedier combat if the frozen ground allows you to slide around faster. Even the water area reveals a giant spout that can send you flying into the air. Hopefully, jump towers won’t be removed from the new map.

Although Apex Legends occurs in the Titanfall universe, one thing very absent is the use of giant mechs. However, we now get a tram that will tear through the map. This might help expedite your sprint into the next circle or further separate you and your team. It’s surprising, though, that adding one simple thing like a train on the map can give it more life.

Apex Legends Season 3: Meltdown launches on Oct. 1, 2019. EA and Respawn Entertainment have yet to fully detail everything that is coming to next season rollout. However, if everything highlighted in the trailers is any indication as to what we can expect, it looks like there are plenty of good things on the horizon for Apex Legends as a casual and competitive battle royale first-person shooter.

Destiny 2: New Light vs. Shadowkeep – Here’s what you’re getting