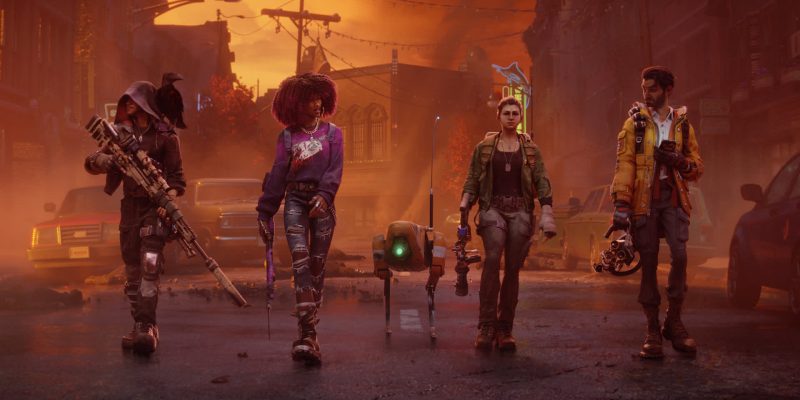 Before Microsoft ended its Xbox and Bethesda E3 showcase, it, naturally, has “one more thing” to show us. That thing ended up being the next game from Arkane (more specifically, Arkane Austin): Redfall, a four-player, co-op shooter with guns, magic, and vampires. Oh, and an adorable robot dog friend that cheerily follows the group along. So cute.

The game gets its name from the setting: Redfall, Massachusetts. In the game, the “quaint island town” is being besieged by the blood-sucking undead. The creatures of the night have used their unholy powers to blot out the sun, casting the town in endless shadow. Now, alone against the hoard, you play as a member of a team to take them all out.

The Redfall game trailer doesn’t include any gameplay. However, we do get a good feel to how the game will go when it’s available. Redfall is a character shooter, similar to that of Left 4 Dead, in which you play as one of four protagonists each with their own abilities. You have Jacob, who’s shown as a sniper with a connection to a pet bird. There’s also Devinder, who uses a stake launcher, Layla, who wields a shotgun and magic, and Remi, a heavy-weapon user joined by the aforementioned robot.

More information on Redfall came out following the game reveal trailer. The game can be played solo or multiplayer with up to three friends. There will be additional loadouts for the characters, suggesting that you can plan out some strategy before taking on the vampires. Redfall’s website also has some details on the story. Apparently, the vampires in the game aren’t natural-born undead. Instead, they were created in a lab. Oh god. It’s Umbrella all over again, isn’t it? Anyway, the creatures are apparently evolving, growing in power.

Redfall will be available summer 2022 for PC, and on Xbox Game Pass day one.