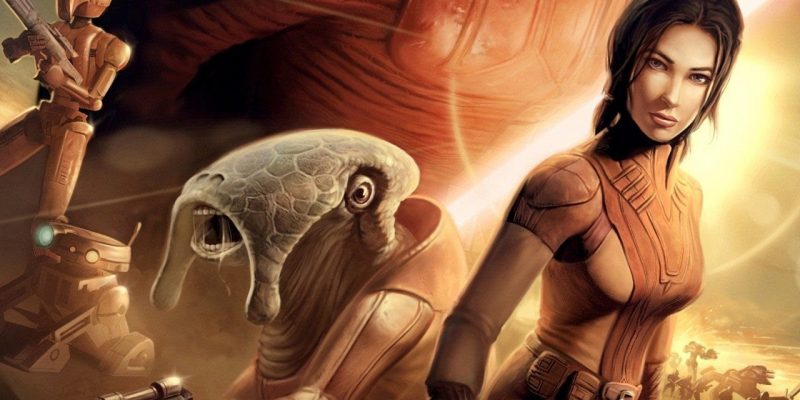 If you’re a fan of Star Wars and the franchise’s games, Star Wars: Knights of the Old Republic is probably a household name to you. The early franchise of RPGs had a number of developers, but the common denominator was always Aspyr Media. Now it seems Aspyr is coming full circle. Speaking on MinnMax, Jason Schreier, a reporter for Bloomberg, stated that a Knights of the Old Republic remake is reportedly on the way, and it’s being developed by Aspyr Media.

In the interview, Schreier was asked if a company other than EA was working on a KOTOR remake. His response, following another question on whether or not there even was a remake happening, was simply “yes, there is something there.”

Speaking about the Knights of the Old Republic remake, Schreier mentioned Aspyr Media. “I’ve basically confirmed that Aspyr, which is the company that has ported a bunch of KOTOR games, is working on a remake,” Schreier said. Schreier did not share any additional information on the remake. A potential release date or the platforms it will be available on was left unsaid. Of course, without any actual confirmation from Aspyr, this news should be taken with a grain of salt.

What was Star Wars: Knights of the Old Republic

If you’re unfamiliar with Knights of the Old Republic and are questioning why it’s getting remade, I can’t blame you. Originally released in 2003, it takes place centuries before the events depicted in Star Wars Episode IV: A New Hope. Without spoiling anything, here’s what KOTOR is about. The game takes place 4000 years before the Skywalker Saga. A Sith Lord, Darth Malak, is waging war against the Republic. The Sith’s attacks prompted the Jedi to involve themselves in the war, even as some Jedi become disillusioned with the order and leave to join the Sith. You play as a Republic soldier, swept up in an adventure to capture and stop Darth Malak, along with Jedi Knight Bastila Shan.

.@jasonschreier confirms that Aspyr Media (of all studios!) is working on a KOTOR remake in our new interview. We hope you enjoy the full discussion! https://t.co/vv0bljO35B https://t.co/IJdIIGY0aU

We Are The Caretakers Early Access – Is it worth it?