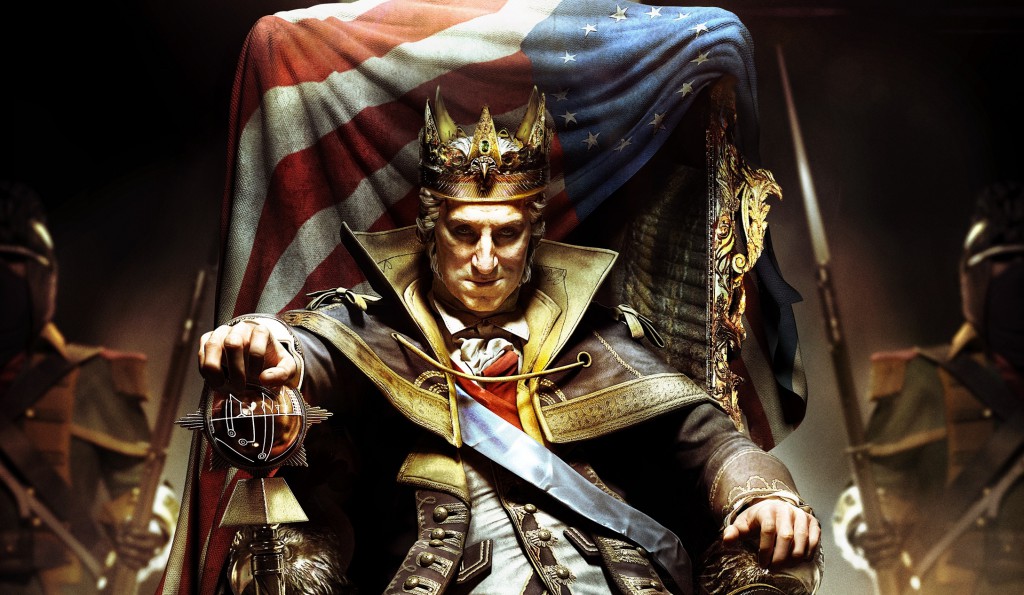 It’s DLC time again, kids. Ubisoft has announced that Assassin’s Creed 3 will get an episodic, three-part single player DLC campaign that present a strange alternative-history version of events following the American Revolution. In ‘The Tyranny of King Washington’, George Washington goes a bit power mad and declares himself King-for-life (or something similar).

To “return freedom to the land”, protagonist Connor will have to overthrow Washington and, presumably, restore the practices of a functional democracy.

Other DLC is planned too, including new maps and characters for the multiplayer side of things and a few other single player missions.

Ubisoft has organised one of those DLC pre-order deals, where you can pay up front for five forthcoming DLC releases (including the entire Tyranny of Washington campaign) and save a small amount of money. 2400 MS Points (£24 GBP) will secure you the ‘Season Pass’ through Xbox Live or PlayStation Network, respectively.

The same deal will be available from 22 November for the PC version of the game. All of the DLC will ultimately be available for the Wii U version as well.