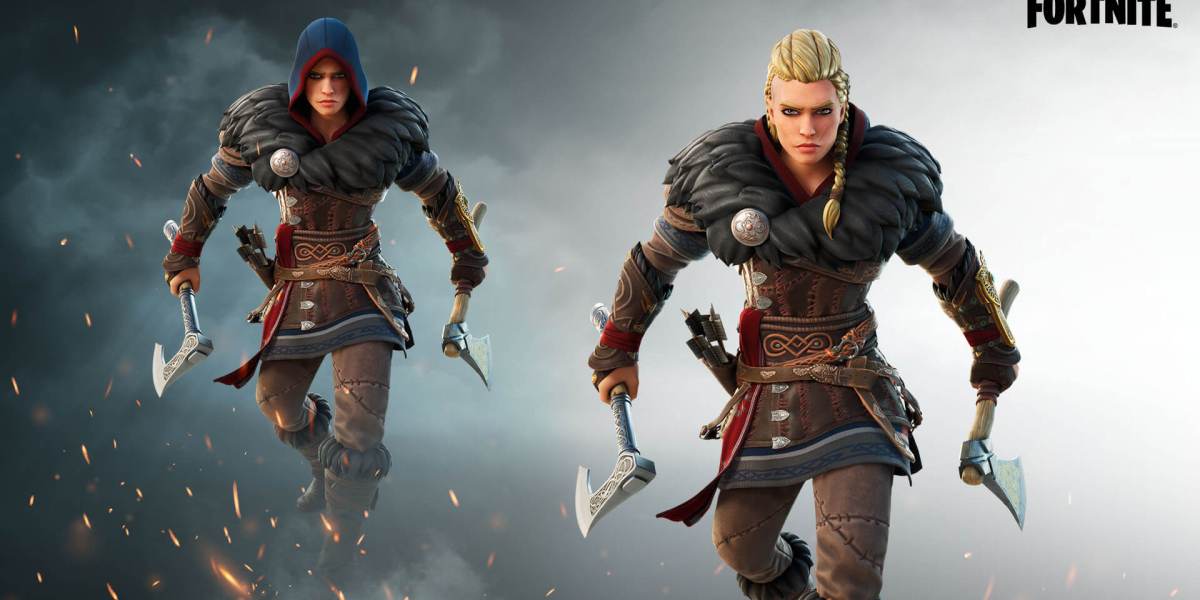 Fortnite Chapter 3: Season 2 began with an array of new content. This includes the debut of new points of interest, mythic weapons, new mechanics and so much more. Of course, the new season was marked with a new crossover. Doctor Strange joined the battle pass from day one. But, of course, that won’t be the only crossover for the new season. If you happen to be a fan of both Fortnite and Assassin’s Creed, you’re in luck — Ezio and Eivor are arriving on the island with a bunch of cosmetics.

Ezio Auditore is getting ready to join the Fortnite item shop on April 7. The skin includes Ezio’s Hidden Blade Pickaxe, which only Ezio is able to wield. At the same time, Eivor Varinsdottir will join Fortnite in-game store along with a cloaked style.

Along with the Eivor outfit, you will get her Shield Back Bling which has the Raven Clan marked on it, and the Handaxes of the Raven Clan Pickaxe. To complete the style, the Wolf-Kissed Longboat Glider will be available to purchase. Both of Eivor’s Back Bling and Pickaxe come with a built in Viking War Cry Emote. Performing the emote will allow your skin to hit the Handaxes and Shield together.

Ezio’s outfit, Pickaxe and Assassin’s Strike Emote, along with Eivor’s cosmetics can be bought individually or together with the Tales from the Animus Bundle. The bundle comes with additional items. Included is the Wolf-Kissed spray, Eivor’s Fury Loading Screen, Raven Clan Emoticon, and a Tales from the Animus Banner.

The prices for the Assassin’s Creed crossover in Fortnite have not yet been announced by Epic Games. Also, it is unknown how long the cosmetics will remain in the store. However, the crossover items may become quite popular for those who live in the shadows. 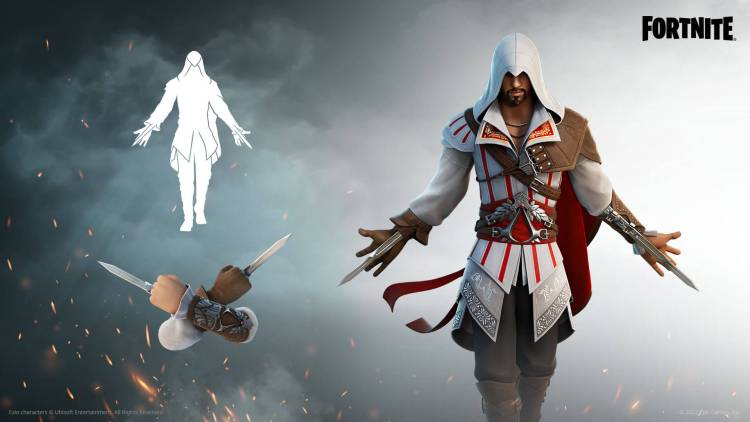 Two Point Campus has been delayed until August