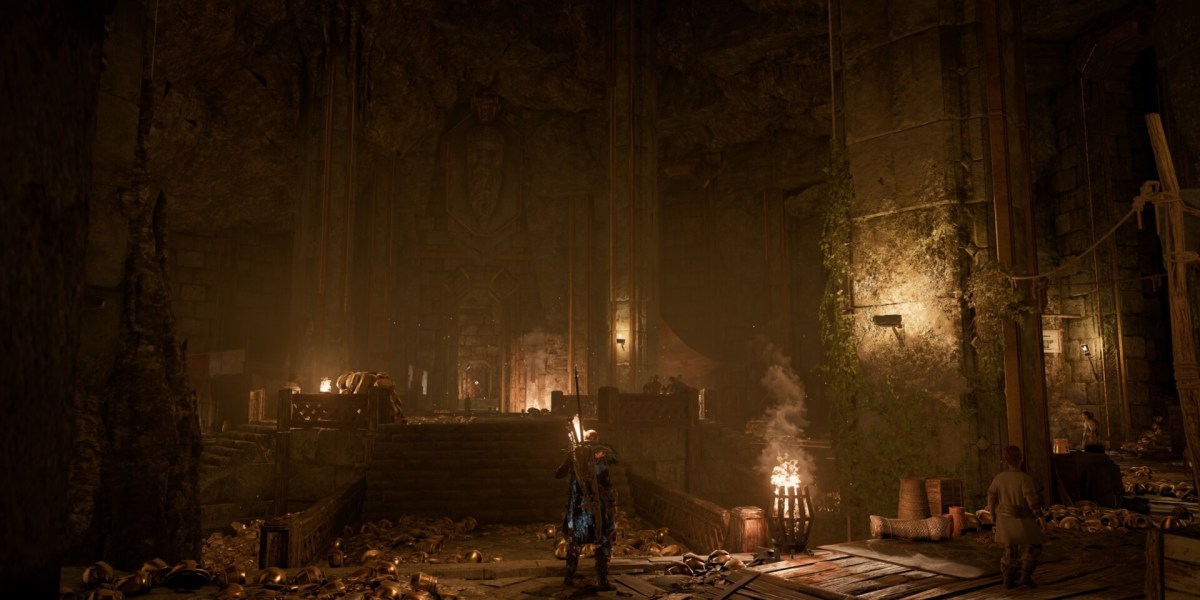 The first Dwarven Shelter that you’ll discover in Assassin’s Creed Valhalla: Dawn of Ragnarok is part of the introductory portion of the expansion. After obtaining the Hugr-Rip bracelet, you’ll follow Sigrun and Halstein to a hilly path.

There, you’ll be told about markers/arrows that point the way to safe zones. Also, once you open the game’s world map, you should see outlines of shelters that are drawn. Follow these markers and you’ll eventually reach Jordber Shelter. As your initial base of operations, you’ll spot several vendors, including Reda of the Thousand Eyes.

From this point, the campaign will open up. You’re then tasked with visiting the remaining Dwarven Shelters so that specific NPCs therein can hand you main quests. Travel southwest of Jordber Shelter until you see a rocky hill. At the base, hidden behind some trees and bushes, is a pit. Go through the tunnels until you reach Grenhellir Shelter. Inside, talk to an NPC named Gunborg to receive The Relic main quest. Follow the tunnel to the safe zone. There, you can talk to an NPC named Brammer. You might think that this is a flyting challenge, but it seems that merely insulting him kickstarts the Vessel of Souls main quest.

Another Dwarven Shelter in Assassin’s Creed Valhalla: Dawn of Ragnarok can be found in the western section of Vangrinn (i.e., directly west of Eitri). If you approach the mountains from the south, you should see a ravine. This takes you to a large, open area with a waterfall and a lake. Instead of going for a swim, traverse the cliffside until you spot an opening.

Note: If you go past the blacksmith’s area, you can obtain the Hreidmar’s Curse armor set. It has to be cleansed or it’ll kill you over time.