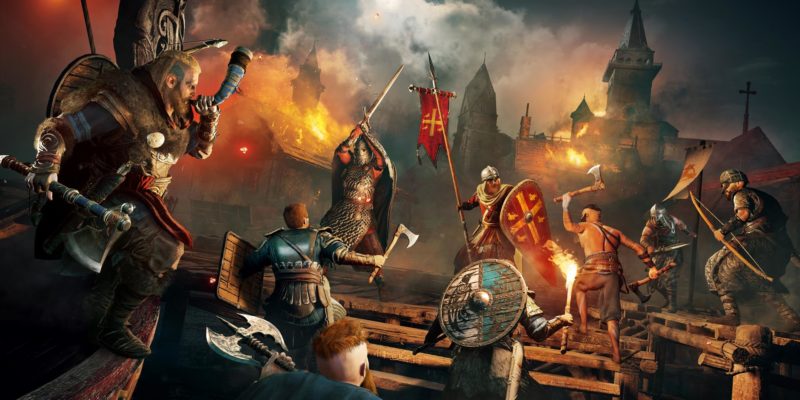 Assassin’s Creed Valhalla was a clear focus for Ubisoft in its Forward livestream today. Forward’s coverage of Valhalla began with a short trailer that showed off the graphics, combat, and characters, but it was just a primer. Ubisoft later showed off 30+ minutes of gameplay during the Valhalla segment of the stream. The preview touched on different aspects of the game, ranging from combat and fortress sieges to casual events like fishing. In a separate developer commentary, Ubisoft also provided more context behind the arrival of the Vikings in Britain.

The preview kicked off with an in-depth look at combat and how it will differ from previous games like Odyssey. One of the gameplay designers walked the audience through a brief fortress siege and explained how dual-wielding would work. This time , players don’t have to rely on a shield if they prefer a more aggressive style of fighting. Players will be able to mix and match all kinds of weapons, and even double down on dual shields if it fits their fancy. Ubisoft recognized how Vikings were weapons masters of their age, and knew Valhalla had to highlight the fact. 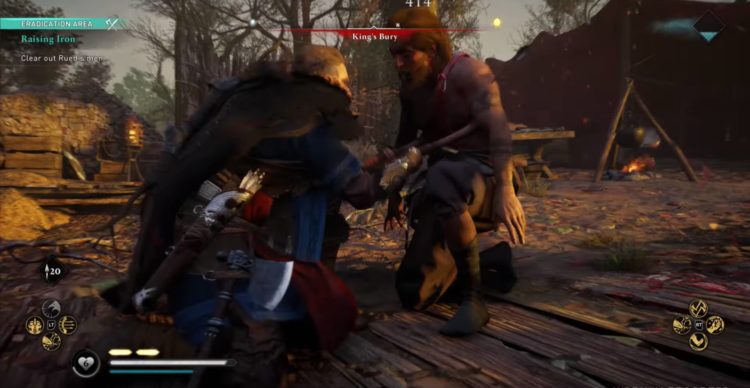 Weaken enemies and then finish them with brutal attacks that vary based upon your weaponry.

All choices have consequences

The preview also showed a first official look at boss fights, which ranged from fighting fellow Vikings to magic-wielding Druids. The fortress siege culminated in a duel between Eivor and a fellow-Viking named Rued. After defeating Rued, Eivor was then given the choice to slay the rogue chieftain or let him live. They chose to spare him in the demo and showed the consequences of doing so. Rued showed up later to crash a wedding and challenged the local lord to a duel. Eivor was then given the option to intervene or let the duel happen at the risk of losing the lord ally.

Eivor chose to put Rued down for good the second time, and the duel began. Interestingly enough, the developers pointed out that enemies like Rued become more deadly in rematches. The concept sounds similar to the Nemesis system from the recent Lord of the Rings games, but not as complex. 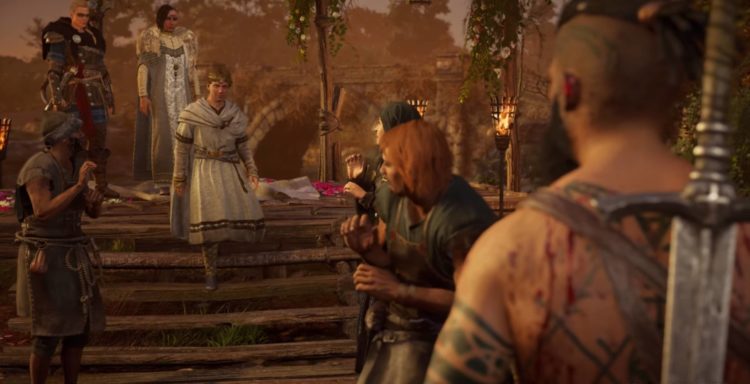 Take some time to relax in Assassin’s Creed Valhalla

There are plenty of casual activities in Valhalla too, which shows how Ubisoft is continuing to embrace RPG gameplay elements. Eivor can engage in silly side quests, like obtaining a pet cat, or having a sit down chat with kids. There are other random things to do around the territory like stacking rocks, engaging in Viking-style “rap battles,” and playing drinking games with the long-ship crew. A designer described these things as critical for humanizing Eivor and allowing players to slow down and “take everything in.” 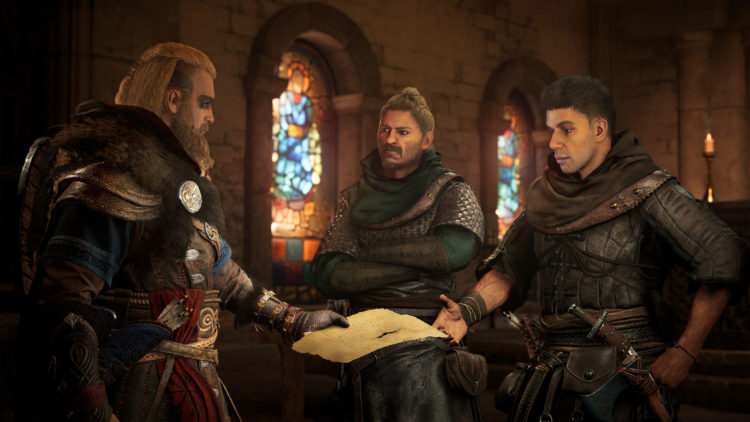 Prepare for epic battles of whit: “They say you’re a coward who runs from a fight.” “And they’re sorely mistaken, I’m known for my might.”

Activities like fishing are not only relaxing, but also useful in Valhalla too. For the first time, players will be tasked with restoring health by way of foraging, fishing, and more. The acts of finding health go along with the concept of enjoying the atmosphere of the game, which makes sense. The graphics are gorgeous and the scenery is inspiring to explore. As games continue to offer better graphics, developers want to highlight the new levels of realism that can be achieved during gameplay.

Valhalla is shaping up to be the full Viking experience that fans have wanted for years. However, it still looked a little rough at times. Animations and enemies acted buggy in various instances, but there’s still time to fix those issues. More details on Valhalla are sure to come in Ubisoft’s next Forward event, whenever that is.

Assassin’s Creed Valhalla lands on November 17, and will be available on Uplay, the Epic Games Store, and Stadia.