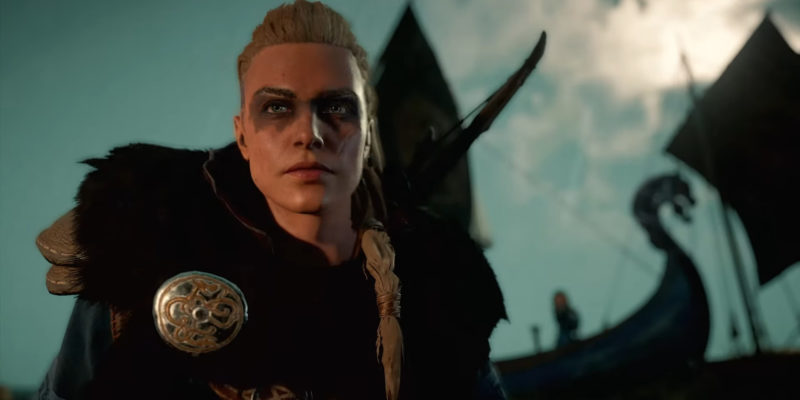 To the delight of many, Ubisoft showed off some actual gameplay of its upcoming Assassin’s Creed Valhalla during Ubisoft Forward. And, it was a lot of gameplay. The trailer runs over five minutes, showing off combat, exploration, stealth, equipment and more. Also, the publisher revealed the game’s release date: November 17.

The trailer is segmented into everything you’ll experience in Valhalla. It begins by confirming the protagonist Eivor can be male or female, since Ubisoft can afford it now. Following, we get our first glimpse of raids. In Valhalla, England is a “land of opportunities and riches.” You conduct raids on settlements you spot as you maneuver a longboat along snaking rivers. Leaving your ship, you blow a horn and lead your band of merry warriors into the fight.

It’s through raiding and later gameplay do we get to see how combat works in Valhalla. You can burn houses using flaming arrows, revive fallen warriors, knock down doors, and secure goods for your settlement. Fighting in Valhalla looks wild. You have access to a Viking harpoon, which yanks in enemies like Scorpion’s kunai. There’s also an ability to throw a barrage of axes, which clearly deal a lot of damage. The game also has a new stun system. Using the bow, you can aim at vital parts on bodies, which glow to signify weak points.

First, they came for our shield maidens…

It’s not just new abilities the gameplay trailer shows off, but some familiar ones. When the Assassin’s Creed series got a reboot with Origins, stealth options were minimized to sneaking around and attack from above or behind. In Valhalla, we see the return of crowd stealth, allowing you to cover your features and blend into the passing masses. And, once again, you can take a seat among the common rabble and watch suspicious guards walk on by.

There’s a lot more to the gameplay trailer, so give it a look. Assassin’s Creed Valhalla also got confirmed for a release date: November 17 this year.