Solving Baldur’s Gate 3‘s Moon Puzzle opens a path to the Underdark. There’s a fast travel point nearby, but be prepared for some tough encounters. This is a creepy area with lots of hallucinogenic spores. The first time you go through one of these clouds, your selected character suffers from mind-bending visions.
This is followed by an encounter — either against a bulette (western section) or two minotaurs (eastern section). You should eventually reach the Myconid Colony which has dozens of humanoid mushrooms. If you pass the skill check (two Perception options and one Insight), the Myconids will be neutral. Otherwise, you’ll battle all of them. The Myconids vs. the Duergar

For this next part, I was only able to side with the Myconids and not with their rivals, the Duergar. I had accidentally overwritten my Baldur’s Gate 3 save, so I wasn’t able to try the other outcomes.

Anyway, the Myconid Sovereign tells you to kill the hostile Duergar you see. A Myconid companion, Glut, also joins you temporarily. As for the Duergar, I found them in the Underdark – Sussur Tree and Underdark – Beach areas (there are also fast travel points here).

After you’ve defeated all of them, Glut will say that he plans on becoming the new Myconid Sovereign. You have the option of killing the NPCs in the Myconid Colony or killing Glut now. 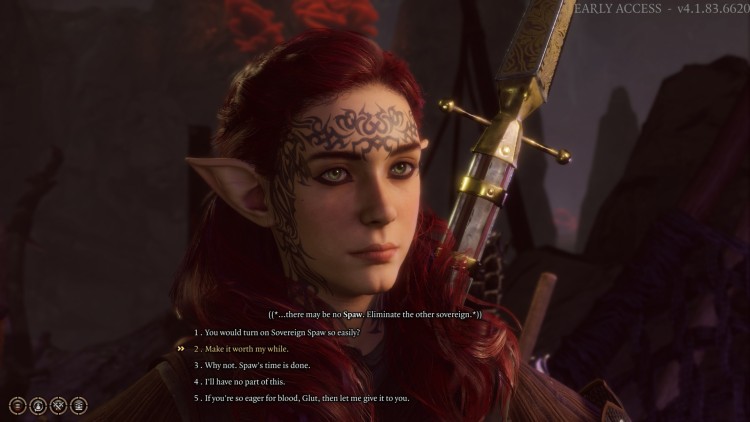 If you kill Glut and return to the Myconid Colony, the Sovereign will tell you to follow a mushroom fella who’ll lead you to a hidden room.

It has the Shadow of Menzoberranzan (very rare helmet; gives the “Shrouded in Shadow” action which lets you turn invisible once per long rest). 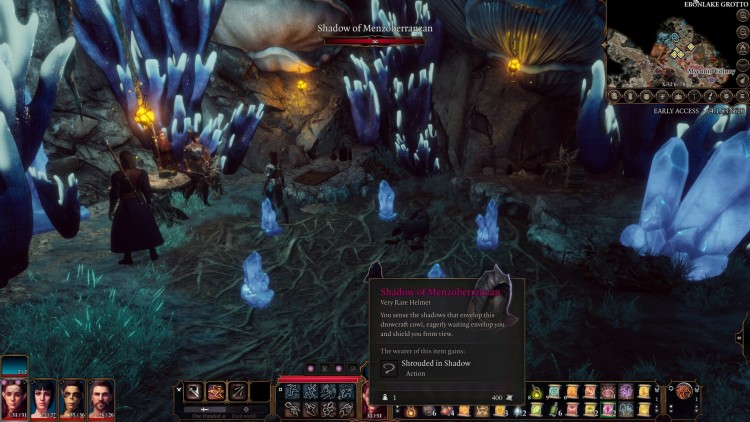 What about the Nightsong? Well, it looks like “the trail has gone cold” — at least that’s what the “Find the Nightsong” quest info says. If you return to the Underdark – Beach area, it seems the next step of this journey will have you using the nearby raft.

Coincidentally, that also ends the first act of Baldur’s Gate 3 and the Early Access playthrough. As unfortunate as it sounds, we’ll have to wait for Larian Studios to update the game until we see the conclusion of this quest.