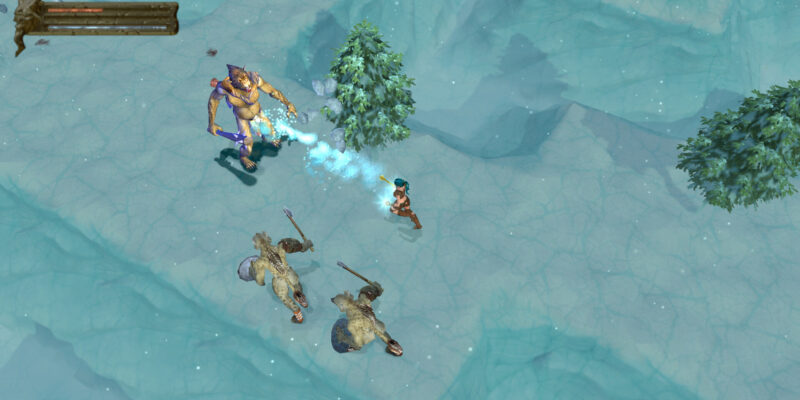 The action RPG has all the classic elements you would expect from the genre, looting, leveling, defending, dodging, and monster slaying. There are over 40 different types of monsters and bosses to introduce to your weapon of choice. For those who keep track of these sorts of things, Baldur’s Gate: Dark Alliance uses the third edition of the Dungeons & Dragons ruleset.

Three is a party

Baldur’s Gate: Dark Alliance features three customizable heroes. You can play as the Kromlech the dwarven fighter, Vahn the human archer, or Adrianna the elven sorceress. Between them, they wield 11 spells, including the D&D classics like Magic Missile and Mordenkainen’s Sword. The game also boasts more than 25 active and passive skills to power up your character, all of whom will be fully voiced. Check out the Baldur’s Gate: Dark Alliance release trailer below to get a glimpse on how it’ll look on PC.

As you relive this iconic adventure, you’ll explore a myriad of environments, including the sewers beneath the city of Baldur’s Gate, the Sunset Mountains, and the Marshes of Chemlimber. You can team up with a friend to tackle Baldur’s Gate: Dark Alliance in two-player co-op. And once you’ve completed the entire game, you can do it all again. Only harder thanks to the various challenging modes. Extreme mode is 10 times tougher than easy.

Baldur’s Gate: Dark Alliance can be found later today on Steam, GOG, and the Epic Games Store and going for $29.99 USD. The game won’t support traditional online co-op, only local. However, if you go with the Steam option, you can make use of Remote Play for some long-distance co-op.

Fortnite Winterfest 2021 is live with rewards like free cosmetics, new quests and more