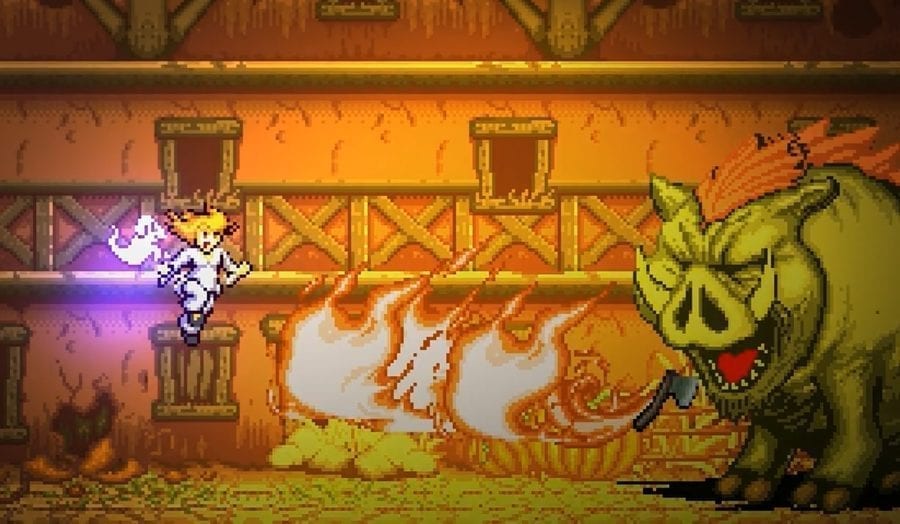 Battle Princess Madelyn is a retro-inspired 2D game in the same vein as Ghouls ‘N Ghosts. After a successful Kickstarter campaign, there are even more hopes that a full release is on the way. The game’s developer, Casual Bit Games, recently teased that they will reveal a Fall launch date soon, stating, “the exact release day to be announced VERY shortly.”

All too often, we see a game successfully funded on Kickstarter that somehow still never sees a release date. Even some that seem wildly promising fail to get more than a fraction of dollars towards their campaign goal. It might well relieve backers to see them making progress on Battle Princess Madelyn, even if that does come in the form of release date teases. There’s a new trailer, after all.

The initial funding goal for the campaign was $60,000 CAD. When the project closed its contribution portal, nearly 3,500 backers pledged $212,665 to aid in its development.

Christopher Obritsch of Casual Bit Games has been fairly candid regarding the creation of Battle Princess Madelyn. He says it “has developed and grown from inspiration from feedback from my daughter, who inspired the original idea.” He also touted Wonder Boy 3: The Dragon’s Trap as a source of inspiration.

The game promises 10 levels of Metroidvania style gameplay. It divides each of those levels into five sections, at times having them branch out, staying true to the genre. To make things even more interesting, a “professional children’s author” is writing the game’s story.

Battle Princess Madelyn has been confirmed for release on PC, PlayStation 4, Xbox One, and Nintendo Switch. There are also indications the game may see a release on the PS Vita and Nintendo’s Wii U. There is no firm release date as of yet – only promises that it will be coming soon.

Destiny 3 Could Be More RPG Focused and Intense (Rumor)