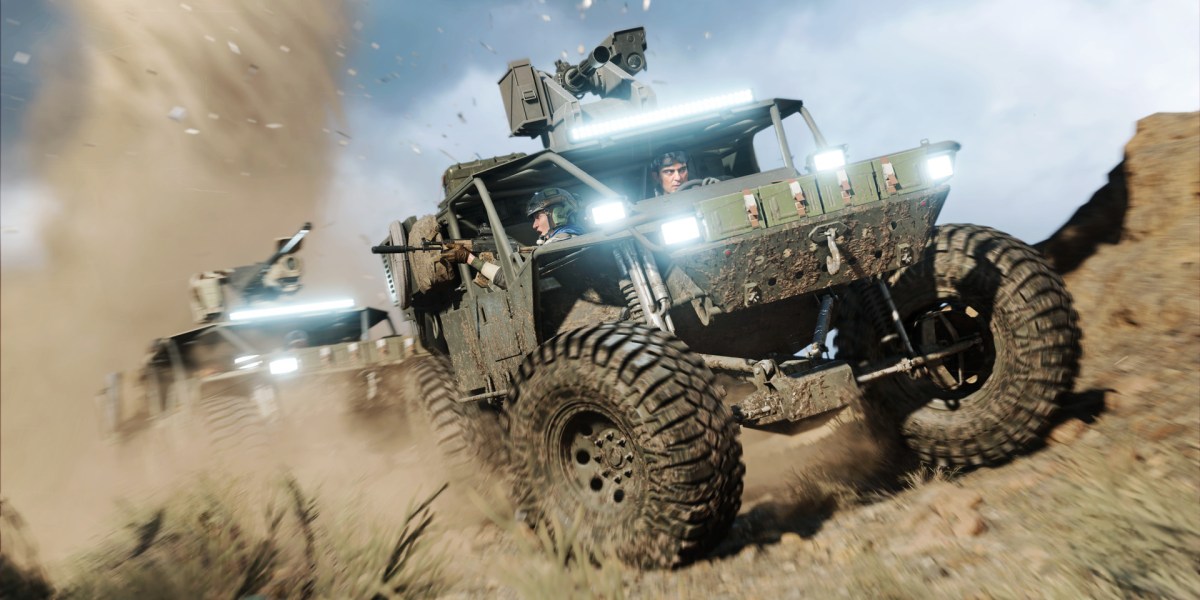 Battlefield 2042 has come under fire from fans for many reasons. A large chunk of the fanbase does not believe that DICE has delivered what it initially promised. Community hubs, such as Twitter and Reddit, have housed thousands of complaints from unhappy gamers. Publisher Electronic Arts has remained relatively quiet on the topic, but recently, Andy McNamara, a communications director for Battlefield 2042 took to Twitter to give a candid response to all the backlash.

In the tweet, McNamara states: “Back to work today, check Reddit [and] Twitter and Battlefield fans are pissed we didn’t do enough updates or communication during the holiday break. Guys, people gotta rest.” He continues on to describe the fanbase’s expectations as “brutal,” and explains that what they want will take time to implement.

McNamara’s initial tweets did not go down well with Battlefield 2042 players. Many felt that describing their complaints as brutal was unjustified considering how many legacy features from past Battlefield titles remain absent. While some of the replies are unnecessarily toxic, the general consensus that Battlefield 2042 isn’t good enough isn’t an unreasonable one. McNamara deleted the two tweets just ten hours after posting them. His follow-up tweet apologized for the initial response, explaining that his message did not come across clearly.

However, that’s not to say that McNamara doesn’t have a point. These tweets were specifically in reference to him and his team deserving the holidays off to spend with their families. Even if Battlefield 2042 isn’t an ideal game that doesn’t mean that the developers shouldn’t be allowed time off.

We can only hope that the early improvements seen in updates two and three continue into 2022. In addition to adding more content, DICE needs to bring back features from past installments. First and foremost, that means the return of a traditional scoreboard, server browser, and voice chat. 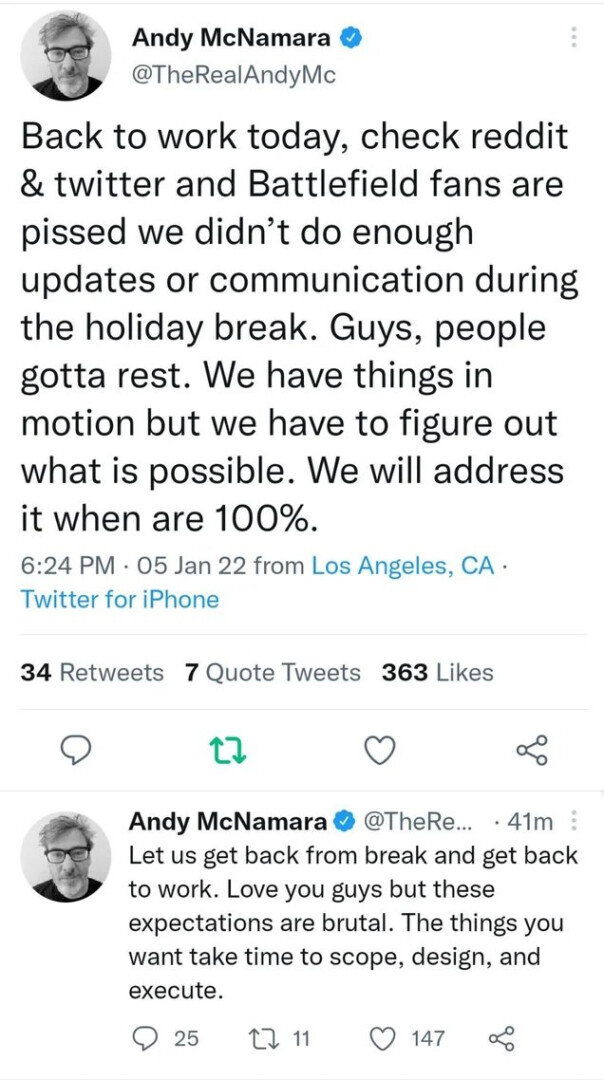