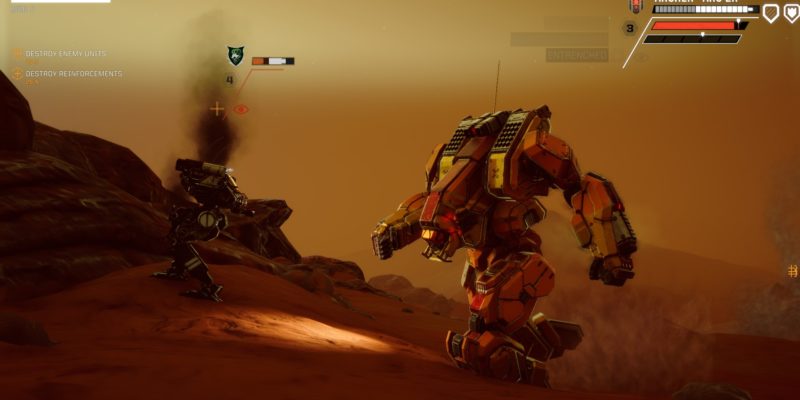 MechWarriors might be the flesh-and-blood stars of BattleTech, but they’re not the real stars. No, the thing that everyone gets misty-eyed over is the Mechs themselves. Everyone has their own opinion on which bipedal death engine is the best. And BattleTech: Heavy Metal DLC focuses on just that: giant stompy robots.

Much like the Flashpoint and Urban Warfare DLCs, Heavy Metal introduces new features to the game rather than adding a new campaign or a post-game story. Sure, it has its own “flashpoint campaign” featuring some of the big names of BattleTech lore, but the focus is on Mechs. 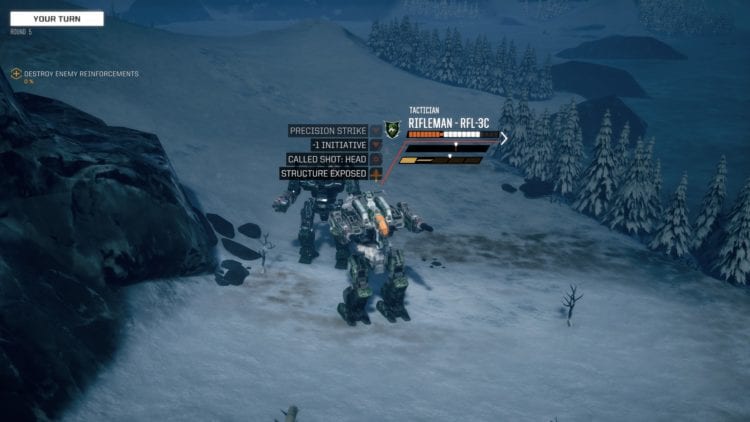 The Rifleman is demonstrating its famed durability.

First of all, you have a healthy crop of eight new Mechs entering the game. You can get a random one (and some choice bits of equipment) by accepting a prompt at the start of a new campaign career. If the heavies are in that roster, this might send your campaign sideways immediately. However, starting a new campaign is probably the best way to experience the content of BattleTech: Heavy Metal DLC. Otherwise, you’ll just leave some of the Mechs on the table – even if you can find them in the stores or loot them in missions. (The Bull Shark comes via the Flashpoint campaign, so hope your luck holds.)

The new robots run the gamut from the diminutive Flea and the Rifleman to Harebrained Scheme’s own Bull Shark. Although it’s painfully obvious that if you’re already hitting three-to-four-skull missions, the light and medium Mechs are useless trash. They might have new modules that give them fancy Mech powers, but nothing can change the fact that you’re bringing a light Mech against opponents who don’t care about their own survival and can strip your armor and health down in a single salvo. 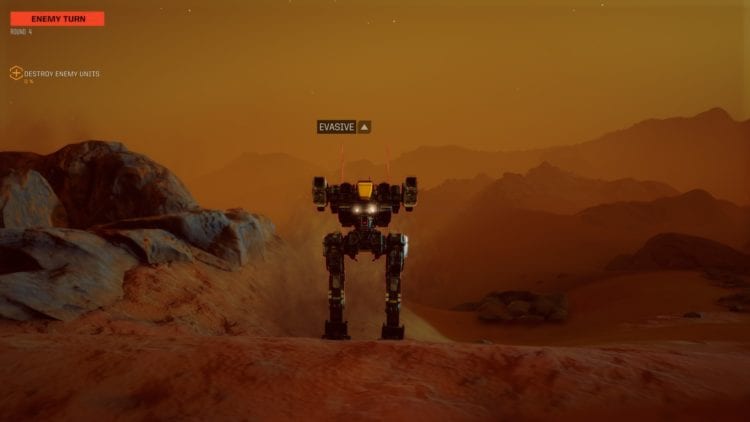 Not all Mechs are built the same

I would single out the Archer as one of the Very Useful Mechs. While “fire support heavy Mech” almost feels like an oxymoron, 40 LRM hits can cover many a sin. Its unique module, which helps missiles cluster (read: hit the same mech body part), has an effect that’s obvious both visually and in practice. On the other hand, “fire support Assault Mech” is an oxymoron that describes how impractical Annihilator is. It’s slow and badly armored, and 4 AC/10s (with a module that helps compensate for recoil) can be scary, but not too scary.

So the Mechs in BattleTech: Heavy Metal DLC might be hit and miss, but the guns and components that you get in the mix are more interesting, especially if you’re into making light Mechs feeling more obsolete than they are already. Most of them – like Snub-PPC and LB-X Autocannons – are taking the shotgun approach to existing guns. This means that instead of a single, heavy shot, they fire a bunch of smaller rounds. If I’m not mistaken, the chance to hit is calculated per round, which is how missiles work, and it helps get past those pesky Evasion maluses on fast Mechs. They add some variety to the usual gun-upgrade scheme of “You have L Laser, so you should now get L Laser+.” 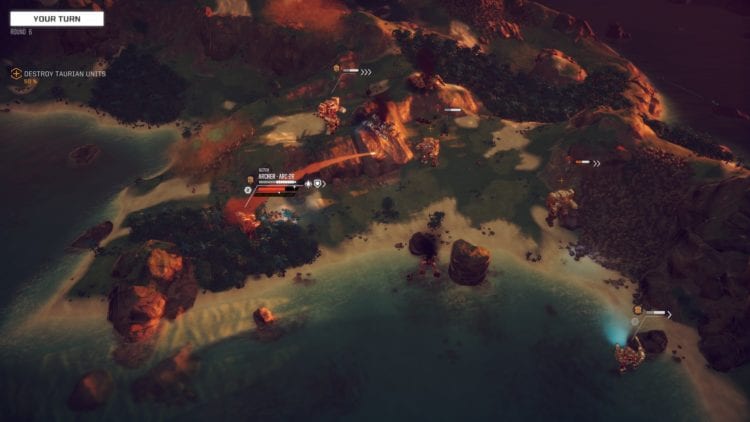 Mortars bring a little *BLOOM* to what would otherwise be an ugly brawl.

Plus, you get such weirdness as NARC missiles, which, while dealing next to no damage, make missile locks better. (TAG laser does the same for energy and ballistic weapons.) Mortars are a new thing as well. Existing as modules – both for real Mechs and the Bullshark – they’re fired separately from all the weapons, deal AoE (Area of Effect) damage to all parts of the chassis, and can only be used once per battle per equipped Mech. I think they’re useful enough for stripping armor from clustered enemies (great in those convoy attack missions), but I’m sure someone who loves crunching the math can tell me that having an LRM 15 instead is actually better.

There are some free goodies that come with the 1.8 patch. It adds two new Mechs in addition to those introduced in the BattleTech: Heavy Metal DLC  – Warhammer and Marauder – new maps, new contracts (hooray for variety), and other quality-of-life improvements. The biggest thing yet is official mod support, which is just what we need to finally have access to Nice Things. 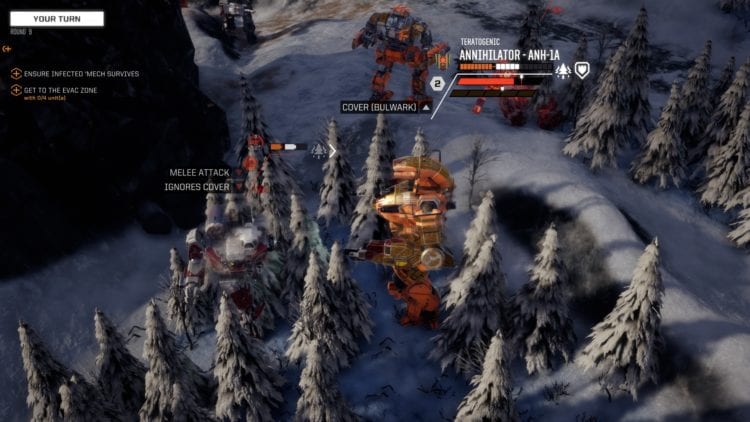 This is just sad.

Ultimately, many issues with BattleTech come from the core mechanics in the game. You really have no incentive to take lighter Mechs over heavier ones. You’re not limited in drop weight, you don’t get any monetary or XP benefits for going lighter, and scouting isn’t as important as not dying. Sure, the super-evasive Flea with the Evasion-charged COIL gun might be a neat parlor trick, but to paraphrase the IRA, “You need to get lucky every time. We only need to get lucky once.”

A lot could be fixed by just dropping the idea that you can only take four Mechs into a mission/battle. (I’m sure that was a sacrifice made in order to appeal to casual players, who might be intimidated with controlling multiple lances.) Then you could have things like a scout lance of lights and mediums sensor-locking and NARC/TAG-ing targets for the heavy hitters. You could probably take vehicles out to play. 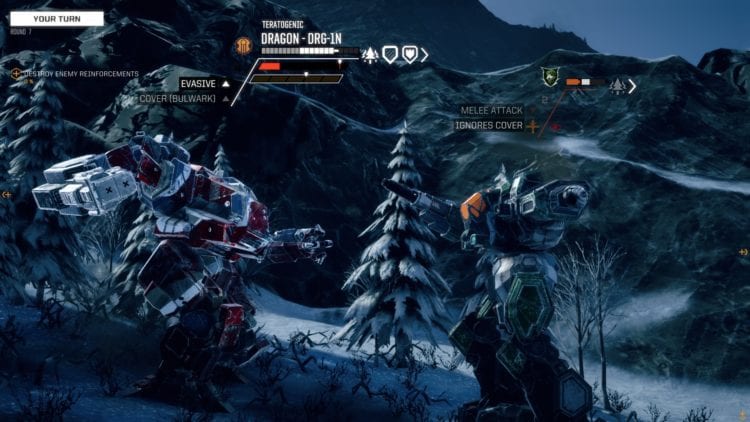 You may be noticing a major point here: The most exciting thing to come out of Battletech: Heavy Metal DLC comes from the free patch that accompanies it. Again, this is basically the same criticism that could be leveled at the Urban Warfare DLC: The patch eclipses the paid content. At this point, you, as a player, are looking to drop about $20/€20 for a handful of new Mechs and a few guns. Is that worth your money? Only you can tell.

BattleTech: Heavy Metal DLC could stand to have more exciting content, so that it isn't overshadowed by the accompanying free update.

Beyond a Steel Sky impressions – Full on adventure gaming

Project C is now Life Beyond, and returns with a trailer