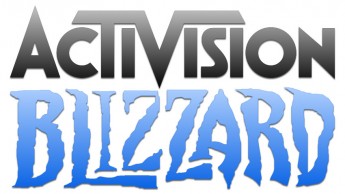 This evening Activision Blizzard held their 2012 second quarter investor call and it was a mixed bag of for Blizzard.

Since the Q1 call, Woreld of Warcraft has dropped from 10.2 million subcscribers to 9.1 million. Blizzard CEO Mike Morhaime stressed that this was in-line with what they expected, a drop in numbers before the next expansion pack release. It has to be noted that with Guild Wars 2 just around the corner, and the continual loss in subscribers could mean a further loss despite the release of Mists of Pandaria in September.

When asked about Diablo 3, Morhaime pointed out that the sales on PC were record breaking with more than 10 million copies sold which includes the 1.2 World of Warcraft annual passes with access to the game for free.

As players of Diablo 3 will know, the game is in a state of flux following poor end-game implementation and itemisation issues. Morhaime stressed they are working on “end-game rewards and adding PvP” which they hope will add longevity to the game. However, the majority of the 10 million copies will no longer be playing the game now due to the game’s many problems.

Blizzard’s real money auction house launched shortly after the game release and they say usage  is in-line with theie estimates. However they did say they would not be releasing projections or forecasts for the system whch could be because it is actually under performing due to the game’s poor economy and itemisation issues.

In more positive news, Blizzard say that the StarCraft 2 Heart of the Swarm Beta test will be starting soon, although no exact date has been given.

Despite Blizzard’s revenue being up this quarter, they will have to revitalise their line-up and up their game. Diablo 3 has so far failed to deliver what the fan-base wanted, although that could be fixed in time if players hang around long enough. Quarter on quarter World of Warcraft is losing subscribers with the competition now moving to a free to play model and more quality MMO products coming through. Morhaime did say there are “great new games in the pipeline” but we will have to wait and see what they bring to the table with their unannounced project Titan and at least one other unannounced game we know is in the works.