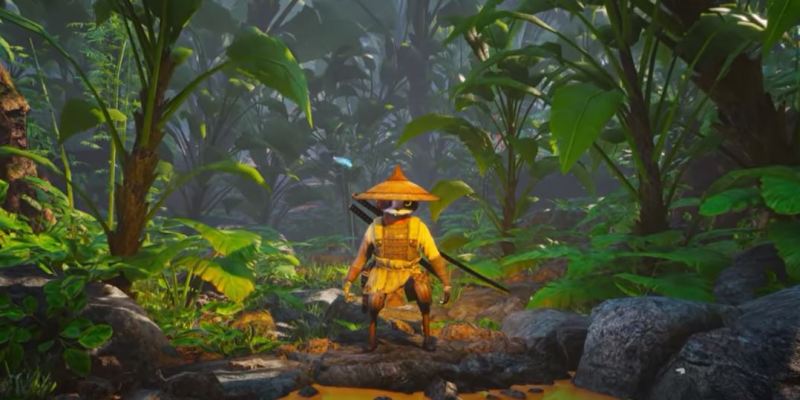 We all love it when the only way to access content in-game early is to pre-order. Wait. I’m actually being told that that’s something we don’t all love. Biomutant, the upcoming open-world game from developer Experiment 101, has a trailer today. Outside of some fresh action, the new Biomutant trailer details a Mercenary DLC class that is locked behind a pre-order wall. If you’re planning on getting the game on day one, the only way to have access to this class is to pre-order the game’s physical special edition or digital release. If you pre-order the regular edition, well, you don’t get jack.

To be fair, the Mercenary class does look fun — which makes the pre-order wall a bitter pill to swallow. It’s differentiated by starting out with a dual-wield skill, which is admittedly pretty cool. The Mercenary also comes with a samurai sword and some shorter Wakizashi blades. So, yeah, they’re locking a dual-wielding ninja behind a paywall at first. But not all hope is lost, apparently. The class can still be purchased as DLC at an unspecified date, so all players will have access to it eventually.

Good things come to those who pre-order

Beyond the Mercenary DLC, the new Biomutant trailer shows off more of its intense, third-person action with plenty of gun and melee attacks. We also get to witness some mech destruction as well, which I know you’re all fond of. It ends with a brief shot of the Mercenary. The game comes out on May 25. There’s plenty of time for you to bite your lip so hard it bleeds until you cave in and pre-order for the blade-dancing animal man.

In case it isn’t clear, the only version PC players can pre-order will grant them the Mercenary class. Wait, can he dual-wield katanas too? Uh oh, now I’m having Nioh flashbacks.