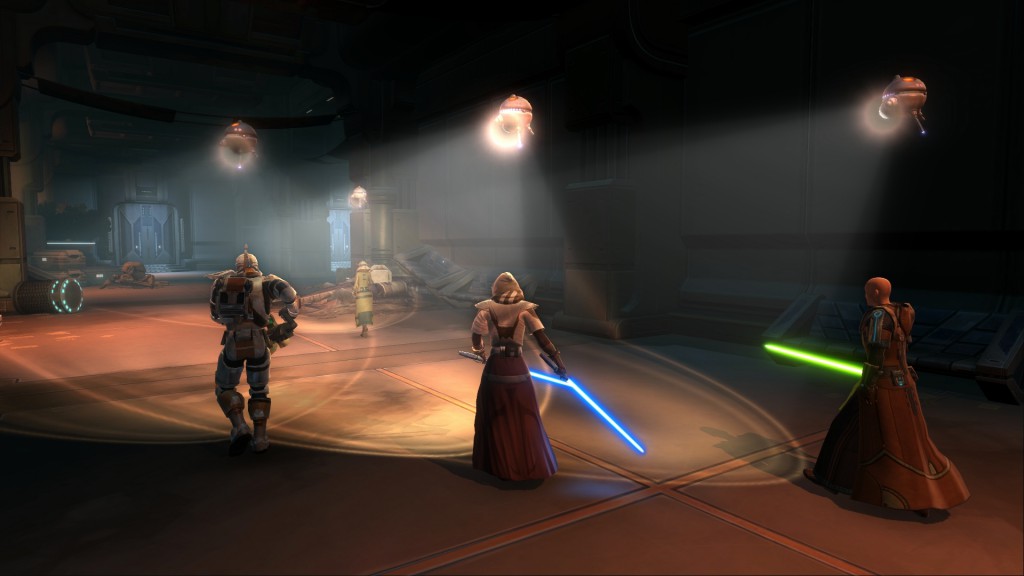 BioWare’s Ray Muzyka spoke to the audience at EA’s E3 conference about a mass of forthcoming features for Star Wars: The Old Republic.

Naturally, there was some discussion about how wonderfully SWTOR has been doing – 520 million hours played, the first content update being only three days after launch, etc. – but of most interest to players will be the tonne of new stuff.

For starters, the level cap will be going up, and there’ll be plenty of new abilities to go along with it. There’ll be a new planet – Makeb – which will focus on the shady dealings of the Hutt Cartel, and will presumably be where you’ll be doing this new levelling. There’ll be a new Warzone (Ancient Hypergates), a new Operation (Terror from Beyond), and, er, a new Space Mission (Space Station Assault), if you’re into that sort of thing.

In addition to all of this, the Cathar will become a playable species, and you’ll be able to get your hands on an HK-51 assassin droid as a companion character.

Muzyka also reiterated that a group finder, ranked PvP, and server transfers are all in the works, and noted that there’ll be an even harder difficulty mode for Operations at some point, too. There’s no word on when we’ll be seeing all of this, except that it’s “coming this year.”

If you haven’t played Star Wars: The Old Republic yet, then rejoice: in July, you’ll be able to try it out for yourself and play up to level 15, completely free.

It’s certainly a huge amount of free content, but is this enough to reignite the Star Wars: The Old Republic fanbase? I guess we’ll find out later this year.