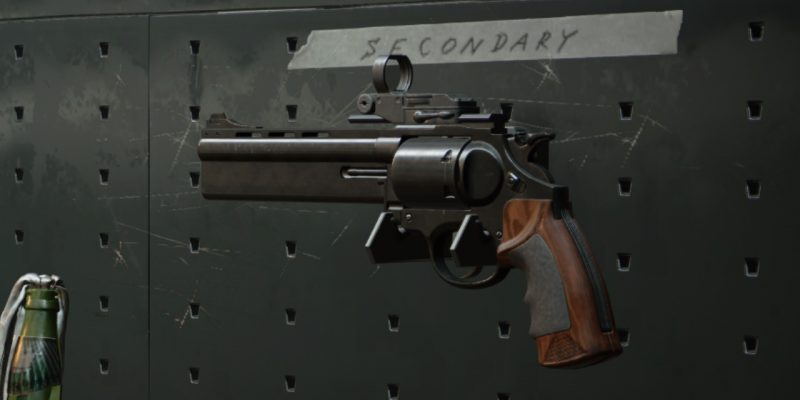 Coming off of the back of Modern Warfare most players probably don’t care about the Magnum. Outside of the poorly balanced snake shot variant, it was arguably the worst secondary in the game. But to be fair Modern Warfare was a game where almost every pistol was weak. Thankfully, Black Ops Cold War has given the Magnum a new lease of life.

Although mostly outclassed by the incredible M1911, the Magnum can still be a good secondary option for any mechanically skilled players. Regardless of your barrel used the Magnum will always be a two to three-shot kill. Sadly, this handgun cannot one shot to the head at any range. Also, it has a dreadful fire rate of just 180 rounds per minute. To make this gun work you’ll have to land two consecutive rounds whilst ducking into cover between shots. This can be tricky and means that for most people it probably isn’t worth trying out. But if you’re up for the challenge, here’s how I like to build my Magnum.

When building the Magnum you have one of two options. This guide is going to focus on being a traditional slower-paced, precision handgun. But as usual with Call of Duty the actual best build is the one that exploits mechanics the hardest. If you just want to have fun with the Magnum and don’t care about precision, don’t use this build. Instead, throw on akimbo, the longest barrel, and the 5Mw Laser Sight. The other attachments don’t even matter. When dual-wielded, the Magnum can instantly kill if both shots land onto your target. And it’s not exactly difficult to hit those shots. As long as whoever you’re firing at is within ten meters or so, you’ll delete them before they have a chance to fire.

However, that’s not a playstyle I’m particularly fond of. Instead, I use the Magnum as a precision secondary that partners well with submachine guns. Think of it as being a miniature DMR of sorts. To make the most of this playstyle I consider an optic necessary as I find the Magnum’s default iron sights hard to use. There are only three optics to pick from and both the Quickdot LED and Otero Scope are far too small for my liking. So by default, the best option is the Microflex Sight, which makes it easier to track targets at longer ranges. 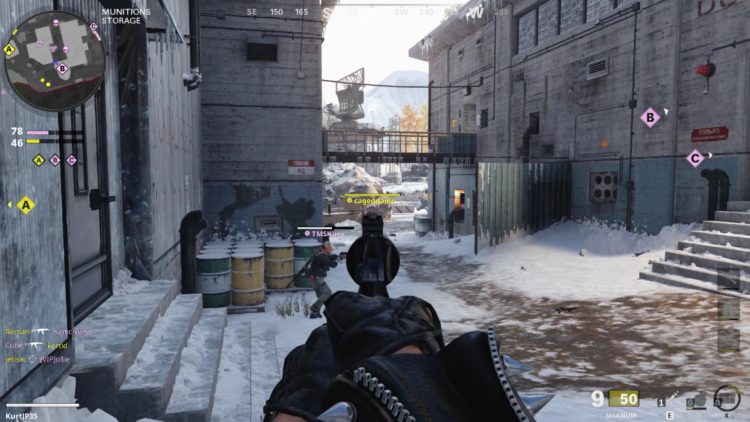 Any barrel that increases either effective damage range or bullet velocity works fine. But the best option by far is the 7.2″ Task Force, as it’s the only barrel that improves both at the same time. The 120% increase to bullet velocity is extremely nice as the Magnum’s default value of 300 meters per second makes hitting targets at range unnecessarily difficult. Also, this barrel increases your max damage from 75 up to 88. This still isn’t enough to land a one-shot kill but will at least guarantee you a two-shot kill at most ranges. Just be aware that at some of Cold War‘s longest sightlines present in-game modes like Dirty Bomb, it can still require three shots to secure a kill.

The 5 Mw Laser may seem an odd choice for a precision build, but it’s important to make your Magnum as versatile as possible. Without this, you are going to lose most gunfights against submachine gun users. Since it can’t one shot to the head, the Magnum is a poor weapon at close range. But at least with the 5Mw Laser Sight equipped you can hip fire with surprising accuracy. It’s much easier to land two hip fire shots up close than two shots whilst aiming down sights up close. 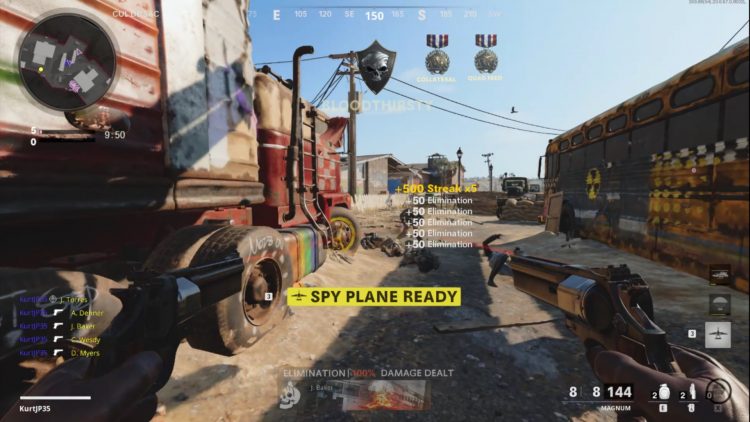 Akimbo, 7.2″ Task Force, SWAT 5Mw Laser, Salvo 12 Rnd Fast, and Dropshot Mag. Want to ruin everyone’s day and be that guy? Use this Magnum build, AKA the most broken weapon in Black Ops Cold War.

The most notable downside to the Magnum is its appalling reload time. Just like real-life revolvers, the Magnum has to be loaded one shot at a time. This results in a full reload time of just over six seconds. Given that it requires two shots to kill and you’re likely to miss the occasional shot, it can be hard to get even two kills with one magazine. For this reason, I’d highly recommend the Vandal Speed Loader which cuts your reload time by two-thirds. The new reload time of just 2.1 seconds is quick enough to avoid getting punished. Alternatively, the Salvo 12 Rnd Fast Mag provides both a large magazine and fast reload time, but comes at the cost of aim down sights time. The latter is an incredibly broken attachment when coupled with the akimbo build that you can’t aim in with anyway.

At this point, it shouldn’t come as a surprise that we’re using the Airborne Elastic Wrap. Not only does it provide the best aim down sights improvement of any attachment, but it also negates our flinch. The added ability to drop shot won’t do much for you with this build but can be useful with the akimbo alternative. The Serpent Grip is also a decent choice if you don’t want as large a penalty applied to your sprint to fire time. But all things considered, improving your Magnum’s handling will help you land those two required shots as fast as possible.