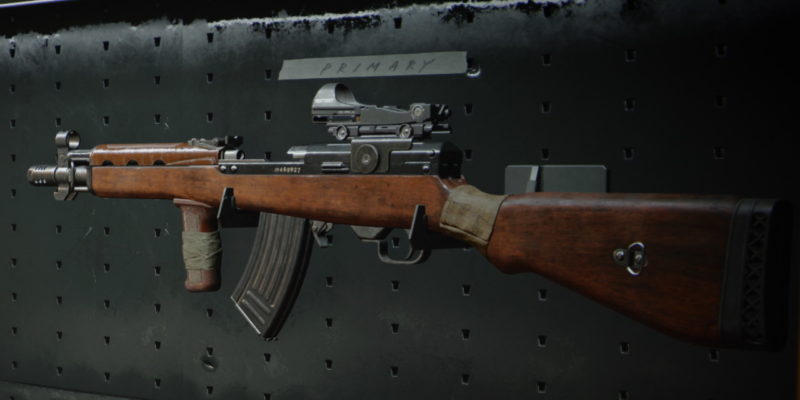 The SKS’ introduction into Modern Warfare brought along with it one of the most dominant DMRs ever seen in Call of Duty. Treyarch’s Black Ops Cold War is no different with its Type 63 Tactical Rifle. This semi-auto has the potential to consistently two-shot, giving it one of the best times to kill in the entire game at just 151 ms.

Unlike the other tactical rifles, you don’t necessarily need the Gunfighter wildcard to make the Type 63 effective. This is great as it frees up the excellent Lawbreaker wildcard allowing you to pick a secondary that covers the Type 63’s weaknesses. I’d personally recommend a submachine gun like the MP5 or AK74-U. Alternatively, Perk Greed with a secondary SA12 shotgun is also strong.

The main weaknesses of the default Type 63 are its awkward iron sights, slow fire rate, and clunky handling. Thankfully, amending these issues is not overly difficult with Black Ops Cold War‘s gunsmith. Starting off, I’d recommend the Millstop Reflex. I think it’s the cleanest optic in the game since it does a great job of not obstructing any sightlines. Possible alternatives include the Quickdot LED and Hawksmoor.

As for your choice of barrel, do not be tempted by any that increase damage. The Type 63 can only reach up to 74 base damage even with the heaviest barrel possible. Since enemies in Black Ops Cold War have 150 base health, you will still need a headshot mixed in to get a two-shot kill. Therefore your best option is to instead opt for the 16.4″ Titanium barrel which increases your rate of fire by 21% up to 397 rounds per minute. 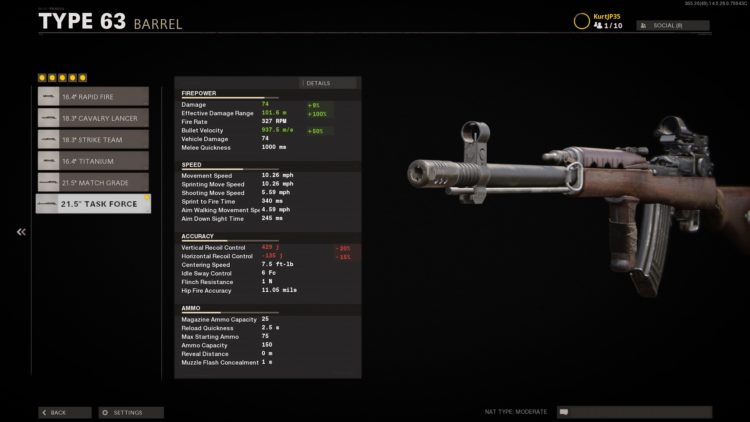 The hard damage cap of 74 makes the long-range barrels worthless for the time being. It’s possible though that they will play a bigger part in Warzone when it releases.

You can skip past the body attachments as neither reveal distance or hip-fire accuracy are overly important with the Type 63. The same cannot be said about the various underbarrels. I went for the Spetsnaz Ergonomic Grip since it drastically reduces both vertical and horizontal recoil. Recoil control isn’t usually overly important on semi-auto guns, but the Type 63 does kick surprisingly hard when fired quickly.

You don’t need any of the custom magazines. The default reload time of 2.5 seconds is more than good enough given the Type 63’s generous 25 round magazine. This is a precision semi-automatic rifle. If you think that a 25 round mag isn’t enough then you probably need to work on your aim. 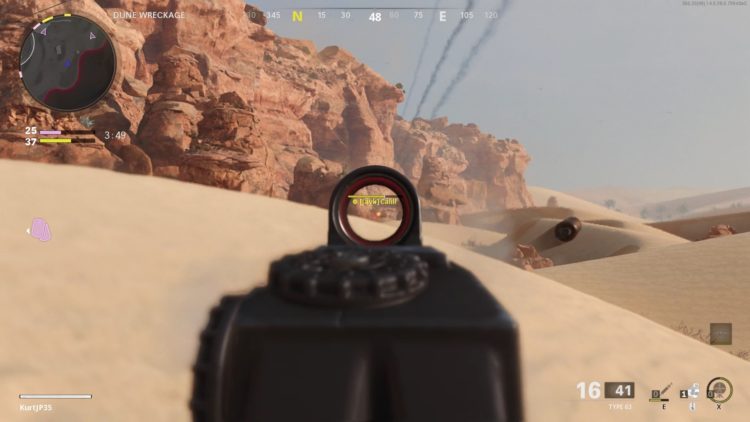 The Type 63 is not good at flushing out enemies from head glitches. In these situations, it will usually lose out to an automatic gun.

For the last two attachments, we’re going to improve the Type 63’s suspect handling characteristics. The Gru Elastic Wrap cuts your aim-down-sights time all the way to just 245 ms. This is plenty competitive with most assault rifles in Black Ops Cold War. It does hurt your sprint-to-fire time though which is why you’ll also want to use the KGB Pad. This stock more or less counteracts the downsides of the Gru Elastic Wrap with the only remaining downside being a reduction to hip-fire accuracy. Frankly, you should never be firing from the hip with this loadout.

I find that the Black Ops Cold War Type 63 handles very well at medium ranges while still holding its own at both close range and far range. The 16.4″ Titanium barrel does drop its effective range down to 38m, but for most multiplayer maps that is negligible. Just be aware that this build isn’t phenomenal at long range and a decent sniper player will hard counter you beyond that 38m mark.