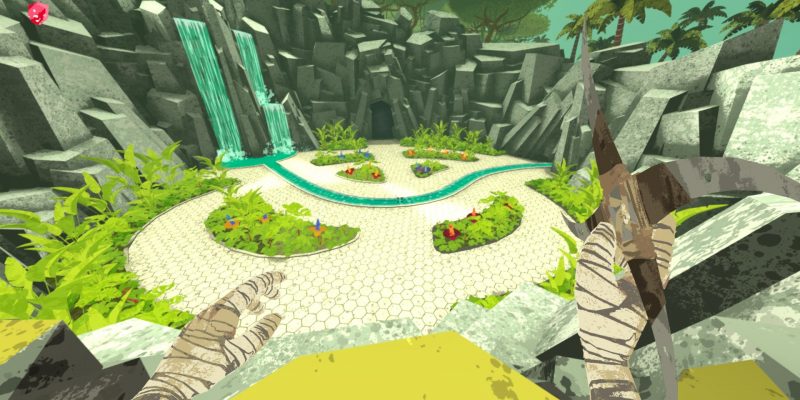 Freedom of movement is one of the joys of arena first-person shooters. Boomerang X, which handles things quite differently, finally has a release date. It will be coming to Steam on July 8. Developed by the fine folks at Dang! studio and published by the ambassadors of “what the hell just happened,” Devolver Digital, Boomerang X  set outs to offer a blisteringly fast, challenging experience. I got to preview the game back in April and I’ll be reviewing the game once it releases, so I’m quite glad that release is being squared away.

Boomerang X places you in the shoes of someone who awakens on an island’s beach. Once you get on your feet, you move further in and find the boomerang in question, which you’ll need to use to dispatch legions of evil shadow creatures that plague the island. These battles take place in arenas where you have to dispatch all marked foes in a series of waves. Once they’re all dead, you can move on to the next. Along the way, there are power-ups, new abilities, and NPCs to talk to as you work your way into the depths of the island.

Devolver Digital also put out a release date trailer for Boomerang X to get people excited. In it, you can see snippets of various abilities and arenas, which will give you a brief, yet helpful idea of what exactly to expect from the game once it’s out. The game can be played on both mouse and gamepad, and you can wishlist it on Steam now. With release just three weeks away, now is probably a good time to learn about boomerangs in general. I especially want one of those boomerangs that lets me warp to wherever it’s thrown. I’m sure those are real and not just a video game thing.