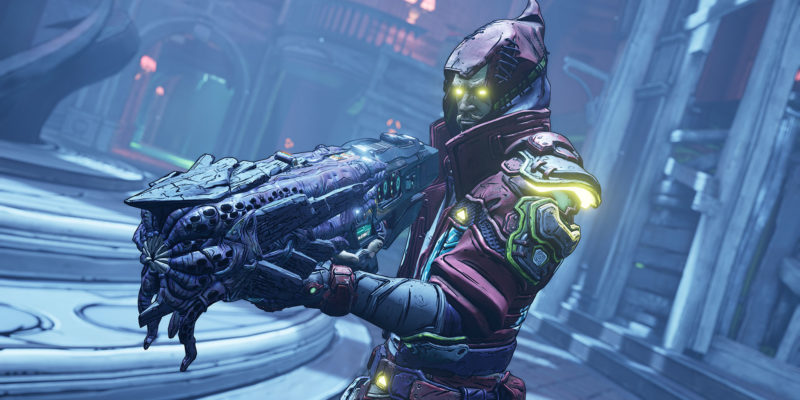 A few days ahead of the upcoming Borderlands 3 DLC Guns, Love, and Tentacles: The Marriage of Wainwright and Hammerlock — that’s a mouthful for a DLC title — Gearbox has revealed some extra information on what’s coming to the looter-shooter in April. This includes a surprise announcement of an increase to the level cap. If you’re keen to see some gameplay of the next DLC, you can find it in the latest Borderlands show.

Reach level 57 and obliterate everything

With the level cap increase, players can now reach level 57 in Borderlands 3. This means that you will now be able to reach two capstone skills in your skill tree, which “should see a huge surge of power for endgame players and unlock all kinds of new build possibilities.” This increase will be available to everyone who owns Borderlands 3, regardless of whether you purchased the DLC or not.

Revenge of the Cartels

The next seasonal Borderlands 3 event is called Revenge of the Cartels and will last six weeks. Thugs will pop up all over the solar system, and it’s up to you to start wiping them out on orders of your dino-pal Maurice. Do this enough, and you’ll get to go to a new area called “The Mansion”. Here, you’ll fight a different gang every time, depending on who’s currently bossing the Cartel.

If you’re looking for some rad (and we’re not talking about the element type) ’80s neon-style stuff for your vault hunter, this is the event for you. Not only will you be fighting thugs in neon attire, but you will also unlock cosmetics for yourself by doing the challenges. All of this is, as usual, optional, and you can opt-out in the menu.

Mayhem 2.0 was already announced for Borderlands 3, but some extra light was shed on it in the latest Borderlands show. You’ll now have 10 Mayhem levels to overcome, and you’ll get to access them in your ECHO device for convenience. Additionally, there will be over 25 Mayhem Modifiers to give things a good ol’ twist to your playstyle. The higher your Mayhem level, the better the reward.

More information will be shared the closer we get to its launch in April, so stay tuned for future updates.