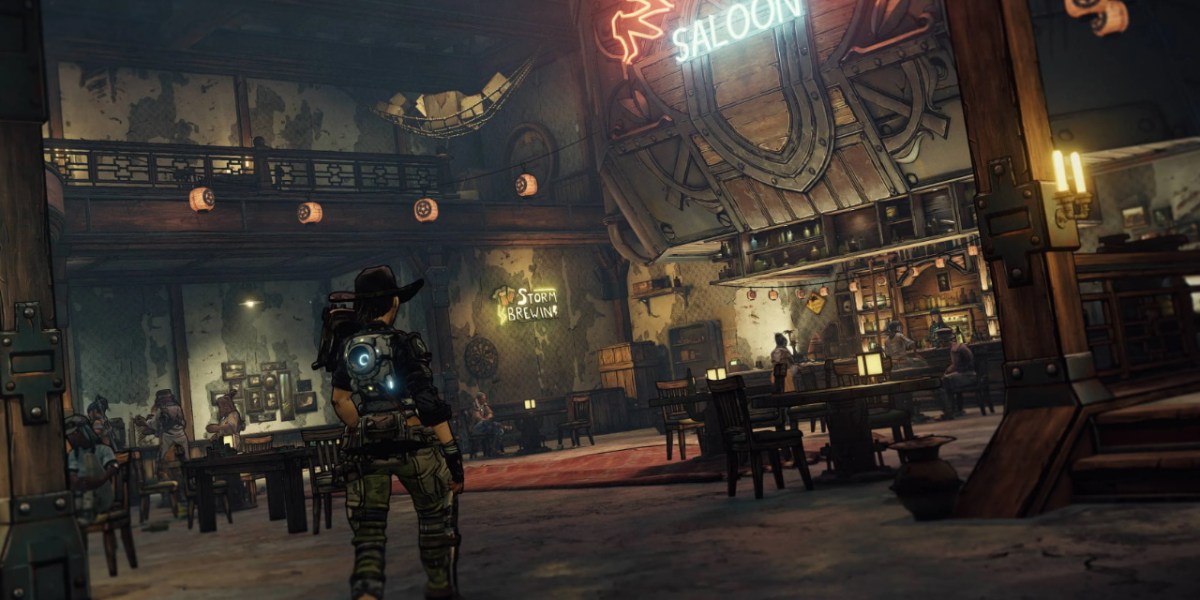 A new gameplay reveal showcased various details about Borderlands 3‘s next DLC, Bounty of Blood. The campaign expansion will be a wild west focused story with a lot of new content. However, franchise fans may be disappointed to hear that Bounty of Blood will not be following in the footsteps of Guns, Love, and Tentacles by bringing back any fan-favorite characters.

Instead, Borderlands‘ next DLC will have a whole cast of new characters bar the four playable vault hunters of course. The story will have our heroes focus on invading Planet Gehenna and taking down the Devil Riders gang. This mischievous group is using genetically modified beasts to do their dirty work and it’s your job to deal with them.

This is not the first time Borderlands has taken inspired from the wild west. Long-time fans may remember Borderlands 2‘s Lynchwood, a cowboy town ran by Jack’s girlfriend, Nisha. However, this will be the first time that such a setting takes the main stage.

Regarding new content, there will be plenty for you to get stuck into. From the gameplay reveal we know there’s new guns, enemies, and a new vehicle. Two of these weapons include a soap shooting bubble blaster and a gyro jet-powered Torgue gun.

Bounty of Blood‘s new vehicle is a half jetbike, half creature jet-powered killing machine. If that doesn’t sound cool enough, what about its rear twin mounted cannons and mortars? That should give you enough firepower to meltdown both twisted dinosaur and evil gang member alike.

You’ll be able to get your hands on Bounty of Blood when it releases June 25. An exact price hasn’t been confirmed yet but you can always opt into Borderlands 3‘s Season Pass to make sure you get access right away. Regardless, if the first two DLCs are anything to go by, a price in the realm of $15 seems most likely.

Mortal Shell gets a new trailer, and a PC beta on July 3

By Sam Robins48 mins ago
News