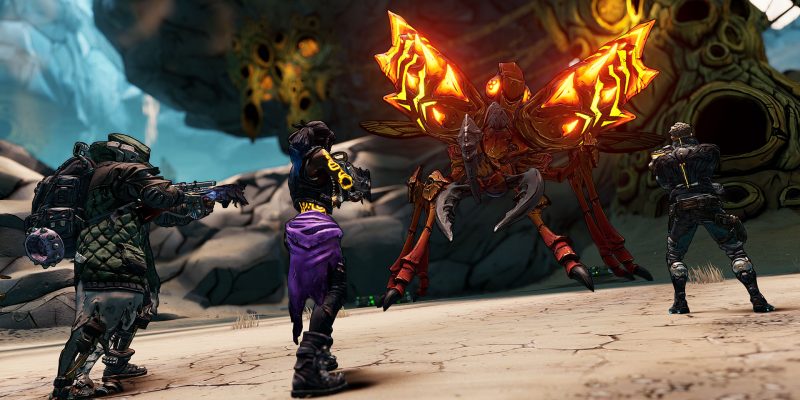 Last month’s unique winter storm that battered Texas had extreme effects on the state and its residents. Thousands were without power and running water for weeks, causing a mini humanitarian crisis in the state. It shouldn’t be surprising that the weather also affected businesses in Texas as well, including developer and publisher Gearbox. While it certainly didn’t suffer the worst of the storm, the company has been impacted somewhat. As a result of the severe weather, Borderlands 3: Director’s Cut has been delayed.

Gearbox revealed the delay of this new version of Borderlands 3 in a post on the game’s site and in a statement released via Twitter. The statement makes it clear that the inclement weather is to blame for the delay. “Thankfully, all of our team members and their families are safe and healthy,” reads the statement. “But our work on Director’s Cut was unavoidably disrupted ad we’ve ultimately decided to shift the release date to ensure we deliver the best possible experience.” Borderlands 3: Director’s Cut has been delayed until April 8. It was originally set to release on March 18.

What to expect in Borderlands 3: Director’s Cut

Borderlands 3: Director‘s Cut is really just the second half of the game’s second season pass. As such, when it arrives the game will be bursting with new content for players to explore. For a majority of players, the most attractive part of this DLC will be a new raid boss: Hemivorous the Invincible. This giant Varkid will be one of the toughest end-game bosses when it arrives with the Director’s Cut. Players will have to beat the game in full and pay a whopping 500 Eridium to take on the beast. If they can beat the boss, their reward will be a heap of extremely rare loot.

Hey Vault Hunters, we have an important update for you. pic.twitter.com/Vqn1VSrDGK

A new host of missions are also heading to Borderlands 3 with the Director’s Cut. Ava, the wiley Siren-in-training, apparently has a lead on mysterious murders taking place across the galaxy. Players can help solve these mysteries, which are presented like a murder-mystery podcast. Apparently, the findings will “send ripples throughout the rest of Borderlands 3‘s story.”

There’s a ton more content coming in Borderlands 3: Director’s Cut. You can find the rest of it here, in a blog post on the Borderlands site.