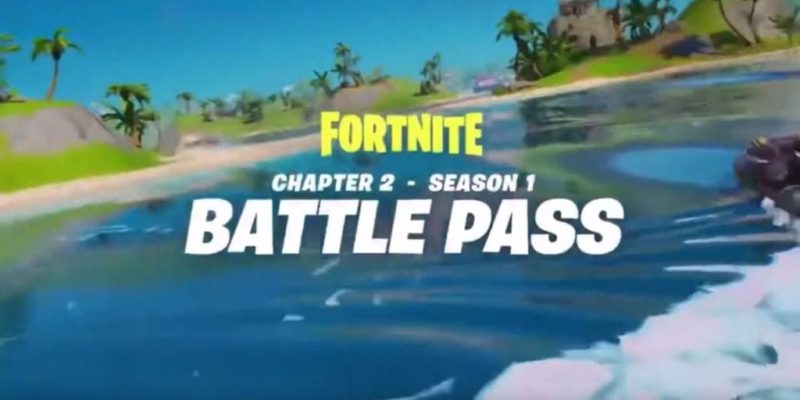 A few days after ‘The End’ of Fortnite, a new trailer has been leaked by the Twitter account @SkinTrackerCom. The trailer reveals that all previous battle passes for Fortnite were part of Chapter 1 of the game and now they are moving on to Chapter 2 – Season 1 with a new battle pass. The trailer also reveals loads of new content coming to the game.

The very first frame of the battle pass trailer is something we’ve never seen before in Fortnite: players driving a boat and shooting from it. There have been plenty of vehicles in the game over the years, but never anything water-related.

The first big title we’re faced with when watching the leaked trailer is that there will be ‘New ways to level up’. There are also three medals hovering around the trailer, which represent the three new level up mechanics. There is a Battle Medal, a Scavenger Medal, and a Survivor Medal. The medals are self-explanatory in what they will represent: Fight, collect and outlive.

Then there are players fishing and a player swimming. It’s hard to imagine taking the time to do some peaceful fishing with a bunch of gun-wielding enemies running around trying to hunt you down. But it could be part of a new game mode or a challenge in the battle royale mode. As you can see from the image, it does level something. 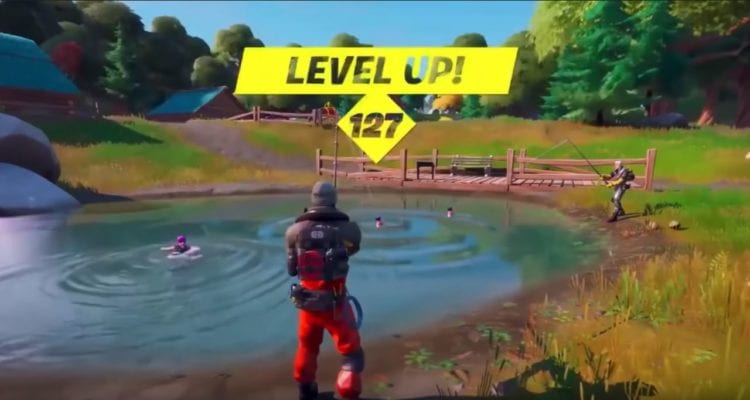 Fight to the death or fish.

Swimming, on the other hand, is a big revelation. Fortnite is letting its players move from the waist-deep waters of the kids’ pool to the big people pool. It’s not clear if you’ll be able to dive deeper than the surface, but the player in the trailer is performing swimming strokes and not wading, which was all you could do until now. A bit later in the trailer you also see two players diving from a cliff into a river, which could indicate a new way to traverse the map.

The next big title we see is: ‘Play and unlock’. Nothing new to battle passes there, other than a brief glimpse at some of the rewards. We see a hula hooping emote, a peace sign emote, some gliders and a harvesting tool. Towards the end of the trailer, we also see two characters high five. This could just be for cinematic effect, but it could also mean there will be co-op emotes.

Then a player jumps out of a garbage bin, which tells us two things. Players will do anything to win and you’ll be able to hide in stuff in Fortnite Chapter 2. In another crazy turn, we suddenly see four players hopping around on pogo sticks. It could simply be an emote you unlock in the battle pass, but it could also be a mount you can summon, like what you get with bicycles and snowboards in Ring of Elysium. 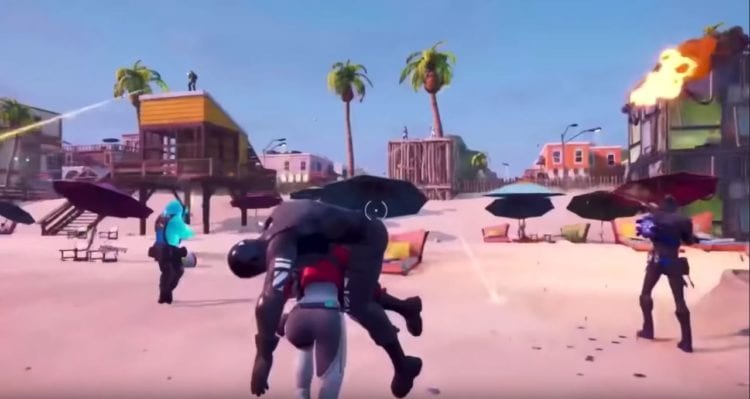 No man, woman or humanoid amoeba gets left behind.

One of the biggest changes to the game is going to be the ability to carry downed players. And not at a slow walk either, but a full sprint. Interestingly, they haven’t focused on building at all in the leaked trailer. There is evidence of it in the form of harvesting and a structure in the scene where one player is carrying another. So, it’s not gone, just being downplayed.

We still have no idea when this new chapter will begin for Fortnite. Currently, all you can do in the game is stare into a black hole or play the secret minigame unlocked with the Konami Code. You could also watch the black hole with thousands of other people on Twitch.

Saints Row 2 will finally be patched on PC, says Volition