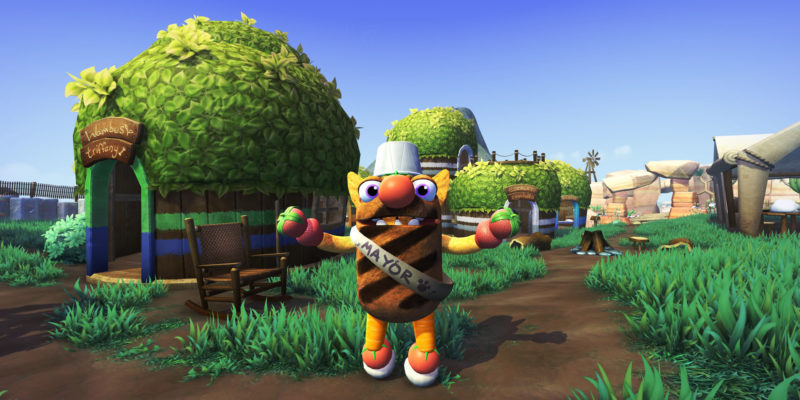 Bugsnax released last November to a positive reception. It’s nearing its one-year anniversary, so the developer is celebrating with a free update that it promises is “substantial.” This update coming to Bugsnax is called The Isle of Bigsnax, and is set to show up on PC and consoles in early 2022. As the game is going to release on Steam at an undisclosed point next year, that means that new PC players won’t have long to wait at all to partake in this new update’s features and content. There’s even a trailer showing off the new stuff that fans of the game will want to check out.

The Isle of Bigsnax update concerns a strange island rising up from the ocean without warning. The island is crawling with massive Bugsnax, hence the name. As such, you’ll be getting back into the mix with your grumpuses and setting out to take a closer look at the island. The game’s creative director confirmed that the voice cast, including Yuri Lowenthal, will return to add new lines to the update, so this is far from a small undertaking. On top of that, there are new features coming to Bugsnax as a whole.

As for these new features, players get a hut, which will also give them a mailbox that lets them undergo new challenges. You’ll be able to decorate the hut as well. Additionally, you can now put hats on your Bugsnax, in the event that was a thing you wanted to do. If you’re not already aware, the game features the titular creatures, which are half bug and half snack. It’s your job to explore the land and find out what happened to the person who invited you there — to begin with. We’ll have more on The Isle of Bigsnax as it’s available.