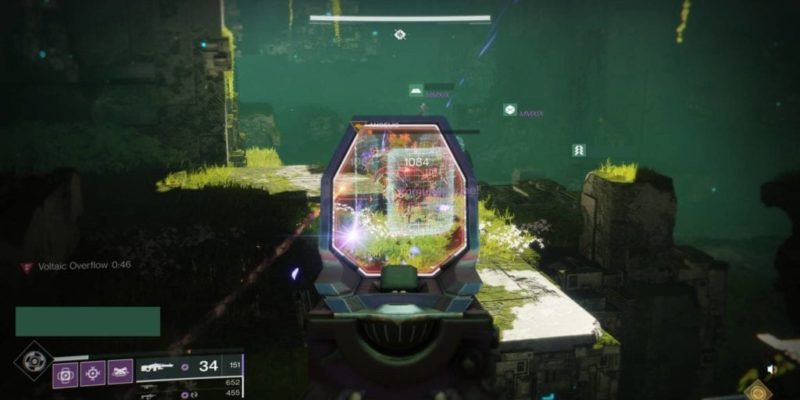 There’s no question that Destiny 2 has become one of the most prominent games in recent history. I guess this is expected from the team behind the Halo first-person shooter franchise. Of course, this could have been an astronomical flop. However, since breaking things off with Activision, Bungie has gone on to support its games as a service title with updates. The latest, though, seems to offer up some fixes for some of its multiplayer. Or at least — I think it does.

I find it amazing that in this day and age, you can fire, hire, or even make major announcements via Twitter. Bungie is no different, offering updates to its games in the place that it’s most likely to reach the most amount of people. With that being said, the recent update for Destiny 2 offers a rather vague update from its development team.

We have deployed changes to matchmaking settings for Survival, Freelance: Survival, and Labs: Elimination playlists to address skill mismatches.

We’ll continue to monitor feedback and matchmaking data to improve these systems.https://t.co/HojSYdIw27 pic.twitter.com/AYke4Hn9lx

The odd thing here isn’t the update provided by Bungie, but rather the contents of the message. Clicking through the link mentioned in the post takes you to Bungie’s blog, specifically going to the Destiny 2 page. As mentioned in the tweet, the new fix rolling out covers the following multiplayer playlists:

From what we can gather

Despite the nebulous announcement, we can speculate its meaning by looking at prior announcements made by Bungie. Back in April, the team revealed that changes to the Crucible were scheduled to arrive “this fall.” For those wondering, yes, we’re in fall now, so these should be those changes. Bungie wrote that it was implementing a new skill adjustment system called Skill and Glory. In matchmaking, the system will award ranks to players based on their skill. The purpose, we surmised, was to prevent people from smurfing — or, at least, to remove the “fun” of it.

Additionally, two days ago, Bungie wrote about other changes. The heavy ammo drops in multiplayer modes, such as Clash, Supremacy, Control, and Survival have been altered. For Control, heavy ammo will spawn after 45 seconds, then again every two minutes.

Bungie has been unnecessarily vague with its announcement. Surely not everyone can be keeping tabs on Destiny 2 changes so closely all the time (unless you’re Jason Rodriguez). However, the adjustments have been detailed and, from what we can gather, are now live.

To view the full update notes, you can head to the Bungie forums. For Destiny 2 guides and other coverage, you can browse our most recent content Destiny 2 updates.