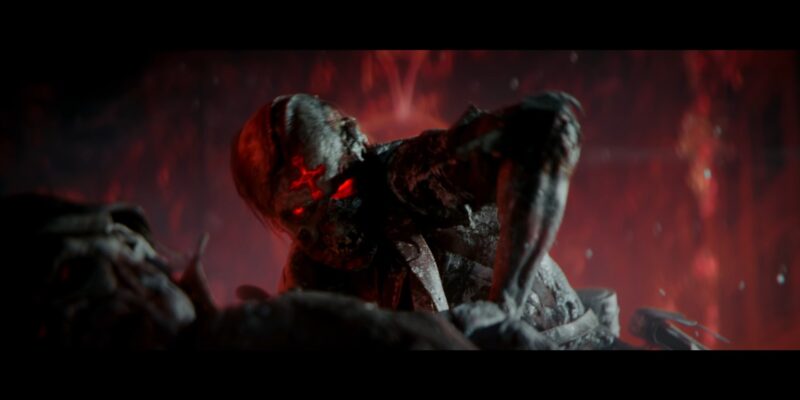 The Zombies mode has become an important part of Call of Duty since its inception in World War. Call of Duty: Vanguard is once again bringing the iconic Zombies mode back with a pair of new trailers, showcasing some of the mode’s new lore and gameplay.

Call of Duty: Vanguard getting a Zombies mode was somewhat of a surprise. The Zombies mode in general is headed by developer Treyarch, who handles a different set of Call of Duty games. So Vanguard wasn’t guaranteed to get the mode, as the development team for this game is the Sledgehammer Games. But in a cool twist of fate, the two studios are collaborating to keep the Zombies dream alive, and it looks like this is something we can expect going forward.

The Zombies mode in Vanguard will once again take place in the Dark Aether storyline, one that already has tons of lore to build off of. The story is potentially returning to its roots with the new map Der Anfang, which is German for the beginning. Taking us back to the very start implies a potential prequel story — one that takes us to the absolute beginnings of the Zombies universe. In addition to the first look trailer, you can also find the Zombies reveal trailer here.

In addition to some returning mechanics from past Zombies modes, there’s a new ‘Dark Aether’ mechanic making its way to the series as well. There are five ‘Dark Aether’ artifacts that grant players a unique power based on which one you have, like Cross Blast or the Ring of Fire from Cold War. New zombies are making an appearance as well, such as heavy armored zombies that wield miniguns and attack the player.

Call of Duty: Vanguard will release with the Zombies mode on November 5 via Battle.net. You can purchase the Standard Edition for $59.99 USD, or the Ultimate Edition for $99.99 USD.