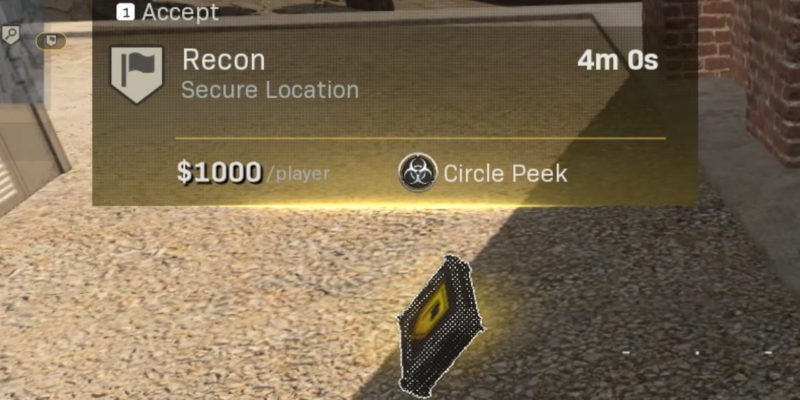 When playing Call of Duty: Warzone, you may have come across a glowing strange device on the floor with either a flag, reticle, or magnifying glass on it. These are contracts that can be completed for significant cash drops and loot. This cash can then be spent at Buy Stations for some of Warzone‘s most powerful streaks, loadouts, and utility. This guide will explain the value of contracts and their three types: bounty, recon, and scavenger.

Why do contracts matter?

Many players greatly undervalue what contracts bring to the table. Money alone is nice, but each of the contracts offers its own unique selling point. It’s important that you know which one to get and when. Also, keep in mind once a contract is acquired you are locked into it for five minutes. Be sure to think about which one will benefit you the most so as to not waste any precious time.

Call of Duty: Warzone rewards players for completing several contracts within the same game too. For each contract you complete, your contract bonus will go up. Starting at 40% after one contract, this will climb without a roof, with Shroud recently managing to hit 310%. Once you finish three or four contracts, you’ll be making bank and able to afford whatever you need.

If you enjoy playing aggressively, then bounty contracts are your best friend. When collected, these reveal the rough location of a random player in your area. If you and your squad manage to hunt down that player successfully, you’ll receive a favorable payout. 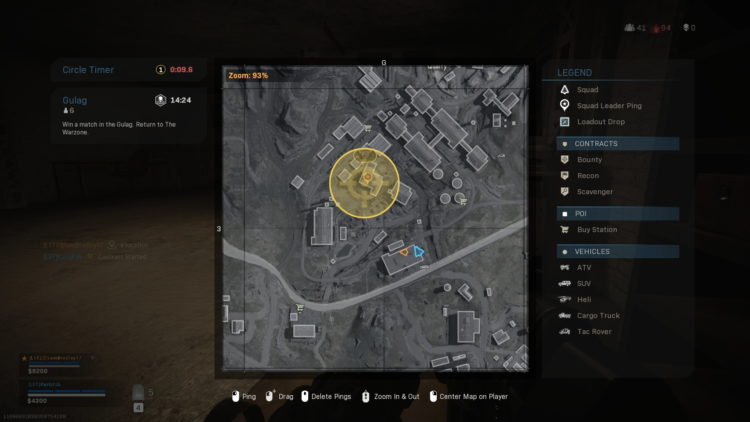 The money is nice, but the core use of bounties is scouting. Scouting is a very powerful tool in Warzone that has seen the likes of UAVs, Heartbeat Sensors, and Ghost all become a valuable part of the current meta. Knowing where another squad is can be extremely useful, especially in the late game where only a few teams remain standing.

It’s worth knowing that bounty contracts are always the best option if you don’t actually intend to finish any contracts. This is because when the player you target dies, you get some credit regardless of involvement. In other words, this can be a good way to make passive income without getting directly involved. Even if you don’t receive the full payout, it’s better than ignoring contracts altogether.

Have you ever been in a game of Call of Duty: Warzone where you approach the final zone and there’s already a team set up with snipers, claymores, and the high ground? It can be difficult to overcome a team in that position, so instead, you should just become that team.

When completed, recon contracts tell you where the next zone will be. That’s cool enough but isn’t what makes them so powerful. Rather, it’s that this effect stacks until eventually revealing the final zone. This is how most teams that win get the job done. 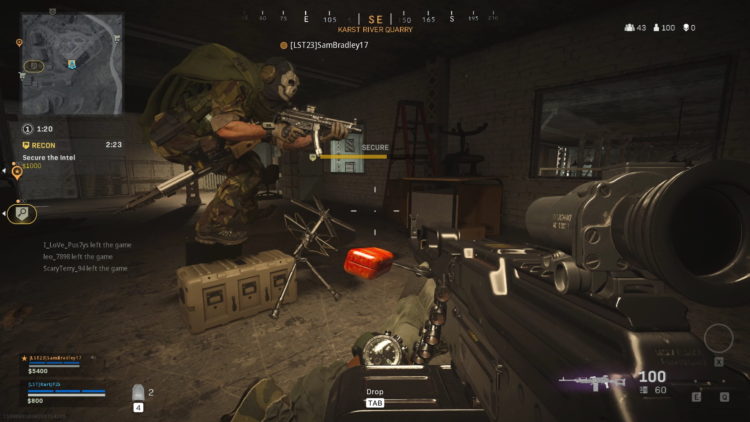 Not only will you know exactly where the final zone will be, but you’ll also be rich thanks to the contract bonus, which benefits recon contracts the most. After all, cash and scouting are the two most valuable tools in Warzone.

The strategy is simple. Land on a recon contract and complete it. You now know where the next zone is. Find another recon contract in the next zone and complete it. Rinse and repeat these steps until you’re in the final zone with enough to purchase multiple loadouts and whatever streaks you desire. Set up in a power position and wait for the other unprepared teams to show up. Congratulations, you are now basically guaranteed a top 10 finish and have a real shot at winning the game.

As the name would suggest, scavenger contracts have you chase supply boxes around in a scavenger hunt of sorts. Each contract will require you to loot three different resources to fulfill its requirements. Unlike the other two, scavenger contracts give rewards as you complete them, rather than only afterward. However, you only get the large payout and best loot on the final supply box.

For the majority of gameplay, I don’t recommend completing scavenger contracts. They are an okay way to raise funds quickly but are generally outclassed by the other two. Both the scouting and utility offered by bounty and recon contracts are hard to compete with when all you have to offer is more loot. Remember, Warzone‘s gun drops aren’t overly important anyway since you’ll be buying a loadout and replacing them at some point regardless. 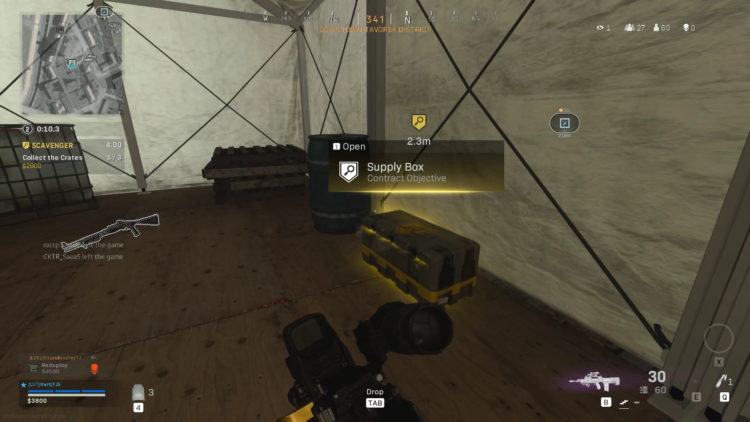 However, that doesn’t mean scavenger contracts are useless. In fact, there is a situation where they are your best option: shortly after reviving from the Gulag. After returning from the Gulag, you will likely have no money, a crummy pistol, and no loadout. In other words, you need to raise funds and get decent loot fast.

Chasing scavenger contracts around is the best way to acquire passable weapons and money as fast as possible. Obviously, it’d be better if you could find an un-looted area, but if you’re deep into a game, this is probably not going to happen. You’re better off completing scavenger contracts to raise money for loadouts and reviving teammates.