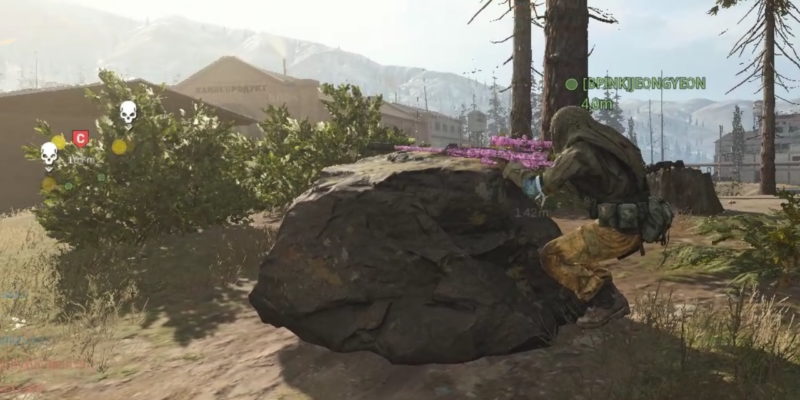 In a first for the Call of Duty franchise, Modern Warfare and Warzone feature both leaning and mounting. You can mount weapons on almost every flat surface in the game that’s at either your crouching or standing height.

There are numerous advantages to mounting that can play a crucial part in deciding if you get a kill or not. This guide will teach you how to mount, why you should mount, and why it isn’t always a good idea.

How do I mount?

With default controls on keyboard, you can mount by walking up to a flat surface and pressing left click, mouse button 4, or Z. It’s a smart idea to remove left-click mounting, though. This is awkward and will likely end up getting you killed more often than not. As for Z and mouse button 4, which will be one of your mouse’s side buttons, they both work fairly well.

Why should I mount?

The primary benefit of mounting is that it removes the majority of recoil when firing. Exact figures are difficult to judge, but our tests suggest you can expect around 90% less recoil. Of course, this varies greatly depending on the weapon used.

This recoil deduction is highly advantageous in Warzone, as it allows you to take longer range engagements with less specialized weapons. For example, a medium-range AR like the M13 can become a long-range laser beam when mounted with the right attachments. And with high recoil weapons like the RAM-7, AK-47, and PKM, it becomes far easier to apply damage over long distances. 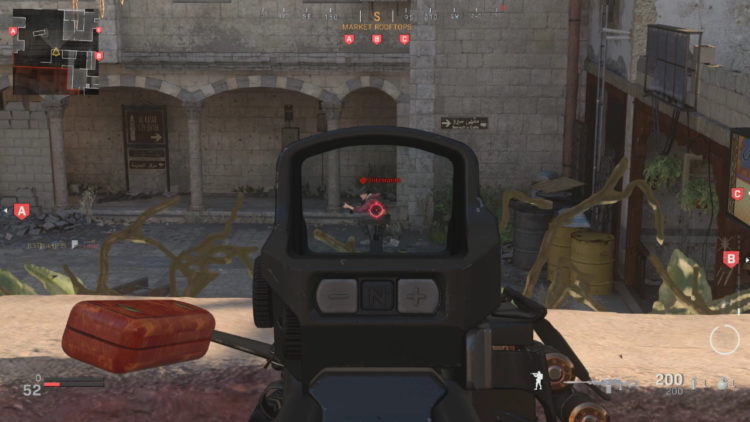 Mounting also makes you harder to challenge in certain positions. If you’re set up properly and aiming down a powerful sightline, it will be nearly impossible for an enemy to push you. This is especially useful in the later stages of the game when the zone begins to close in. By predicting another team’s movement in advance, you can pre-aim their location and take them down quickly when they make their move.

The downside to this is that you become very stationary. If a sniper spots you mounted, they’ll likely take your head off before you can react. Similarly, it becomes easy for an opposing team to hit you with stun grenades, flash grenades, and C4.

What weapons don’t benefit from it?

Mounting is beneficial with the majority of the guns in Warzone. However, there are a few anomalies where it can instead be a detriment. For one, the majority of low fire rate weapons do not benefit from mounting. The likes of the AX-50, HDR, and Kar98k all fall into this category. These simply don’t fire fast enough for recoil to matter.

Additionally, mounting can actually make sniper shots harder to hit. Since idle sway is decreased while mounted, it can give the illusion that you don’t need to hold your breath. This isn’t true. If you have to hold your breath anyway, you may as well do it the normal way to give yourself more mobility. 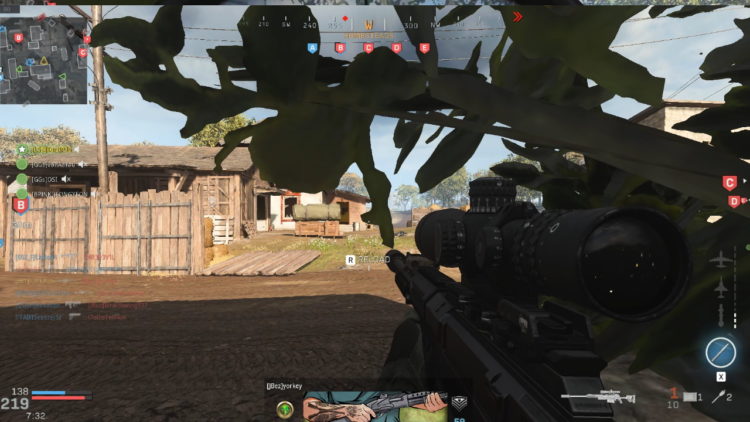 If you want to get the most out of sniping, you’re better off using natural cover than mounting anywhere.

You should also avoid mounting with any close-range weapon. This primarily includes SMGs and shotguns, although there are some exceptions. A few SMGs, like the AUG and MP7, can be kitted to make them decent at range. But for the most part, all mounting will do is make you more vulnerable to jump shooting and rushing. As for shotguns, if the enemy is in your effective range of around 10m, then you don’t need to mount. If they are out of it, you’re better off working to close the gap or bait them closer to you instead.

By Logan Broadley21 hours ago
Guides