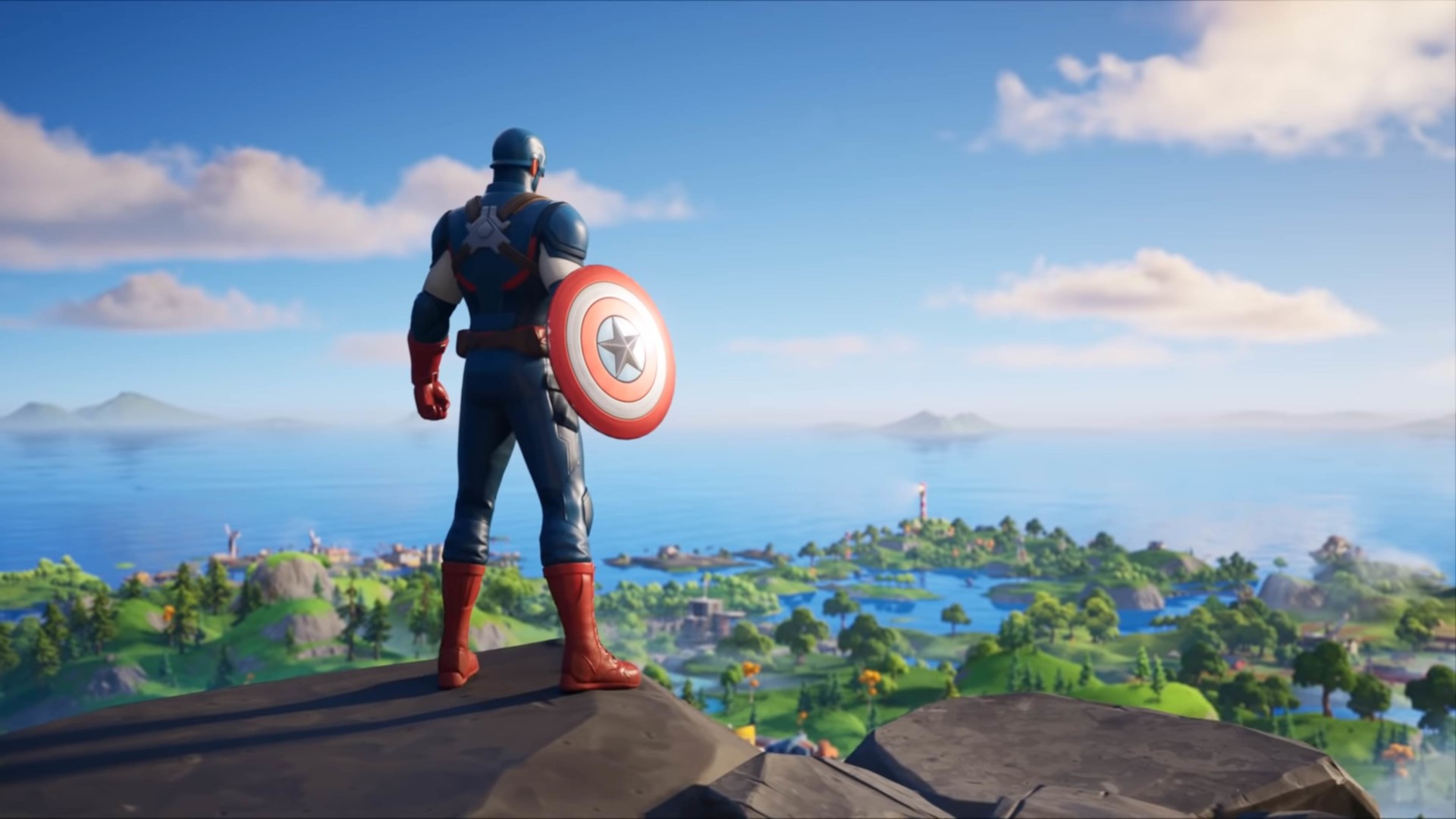 Captain America has arrived in the world of Fortnite by way of the Bifrost, just in time for July 4. It’s good timing on his part, and his appearance is welcome among the other Avengers already in the game.

The Captain America skin is a legendary cosmetic that players can purchase in Fortnite‘s in-game item shop. As we might have expected, the latest Marvel hero comes priced the same as earlier offerings at 2000 V-bucks. The Captain doesn’t come cheap, but then again, he is one of America’s finest.

The captain appears in his signature style with his half-mask included. Of course, the look wouldn’t be complete without his iconic shield too, so Epic included that with a new and unique mechanic. The Captain’s shield can be equipped in both the back bling and harvesting tool slots, which results in him pulling the shield out for use. This adds a whole new level of awesomeness to pickaxing foes to death. To top things off, you can even flex the July 4-inspired “Grand Salute” emote to show off America’s greatness. Truly humble.

The shield is included with the Captain America skin, but the Grand Salute emote is an extra 300 V-bucks.

It’s worth noting that there’s only one appearance in this package. Those who want to show off the Captain’s Infinity War styles will be disappointed. Perhaps more options will become available at a later date.

Speaking of additional options, the arrival of Captain America might signal that more Marvel heroes are coming soon. We’re still waiting on Thor and several other iconic members of the Avengers to arrive in Fortnite. Personally, I’m hoping for the Winter Soldier. Fortnite has seen plenty of superhero crossovers since its debut. There are sure to be many more.

Don’t forget to set off some fireworks around Loot Lake as you secure those Victory Royales as Captain America this weekend.

By Sam Robins46 mins ago
News