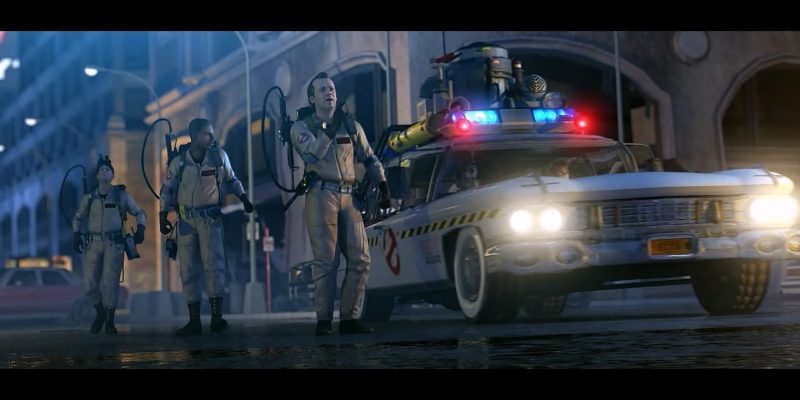 We’re mere weeks away from the launch of Ghostbusters: The Video Game Remastered on PC, PlayStation 4, Xbox One, and Switch. To celebrate the occasion, developer Saber Interactive has asked fans what their favorite memories from the original game are. The obvious answer is bustin’ ghosts, but there is more to Terminal Reality’s 2009 shooter than meets the eye.

For me, I remember the whole segment in the power plant. I’m actually a bit fuzzy on all of the details, but I found Ghostbusters: The Video Game to be pretty good. It wasn’t great, and the game took a ton of inspiration from the likes of Gears of War, but it was a solid adaptation of the film franchise in video game form. The voice work was also excellent, apart from Bill Murray’s lackadaisical performance. It was nice to have the entire team reunited, something that will no longer be possible now that Harold Ramis has passed away. One last hurrah that recaptured the goodwill lost from Ghostbusters 2 is okay in my book.

I’m not sure there’s much reason to remaster the game, but it would be nice to get an actual shot at the multiplayer. That was the weakest aspect of the original, and I never really got to try it. Playing on the Xbox 360 version, the lag was pretty unbearable and matches would often disconnect before finishing. It’s dumb to knock a campaign mode for a lackluster multiplayer, but the prospect of teaming up with friends to bust ghosts together remains a strong one.

This remaster won’t launch with multiplayer functionality, but a completely revamped mode will come sometime after release. If it means finally nailing that aspect, I don’t mind the extra wait. Ghostbusters: The Video Game Remastered will hit PC (via the Epic Games Store), PS4, Xbox One, and Switch on Oct 4.