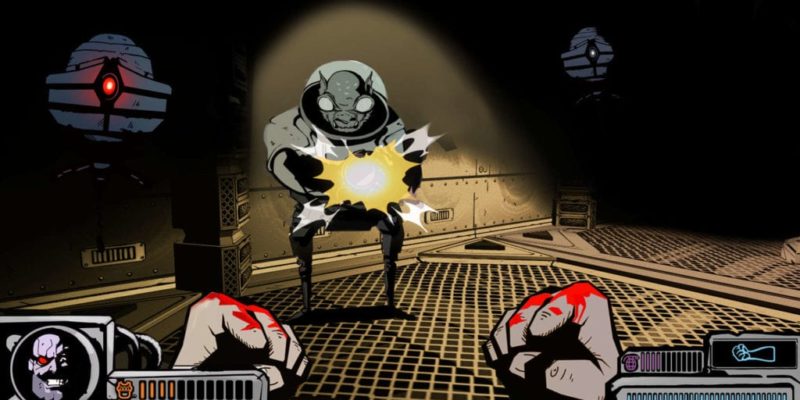 Gaming Factory S.A. announced its upcoming first-person shooter Chains of Fury will release in Q4 2020. Co-developed by Polish-based studios Art Games Studio S.A. and Cobble Games, Chains of Fury will see players assume control of a mercenary as he battles his way through a distorted version of the future. A future filled with — you guessed it — mutants, robots, and aliens.

Jump into a comic book… with guns

The game’s art design draws heavily from older comic books, mixing 2D enemies with 3D environments. It even features comic-appropriate bubbles, such as little explosions when you punch an alien or blast a robot with a double-barrelled shotgun. Chains of Fury’s creator, Krzysztof Orzędowski, says that some of the inspirations behind the game are “the cult comic series Lobo and Hellboy as well as drawings by Mike Mignola.” It certainly seems to capture Mignola’s muted but varied color palette with a heavy dose of black shading.

Chains of Fury’s gameplay hearkens back to Build-engine games such as Duke Nukem 3D and Blood. This continues the modern trend of appealing to gamers’ ’90s nostalgia, alongside recent releases such as Ion Fury, Dusk, and the upcoming Wrath: Aeon of Ruin. Fast movement? Check. One-dimensional hero straight out of an action movie? Check. (He’s bald and has a robotic eyepatch.) Liberal use of a shotgun? Check. And it’s all wrapped up in an interesting comic book art style. Some areas could be improved, such as the sound design, but the game is about a year out from release. That gives them more than enough time to give that shotgun more oomph. 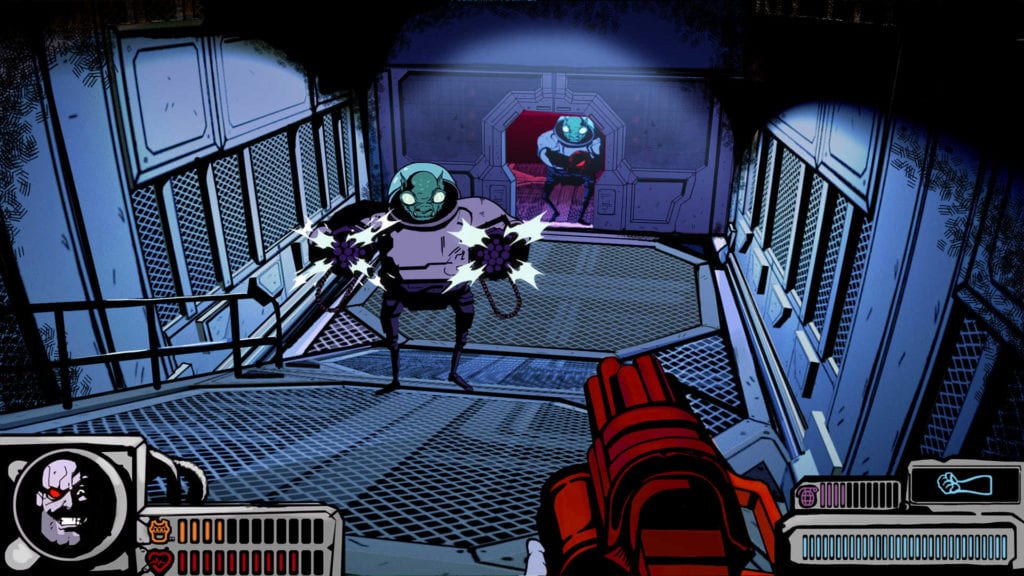 Players will make their way to six different worlds in Chains of Fury, accompanied by a genre-appropriate metal soundtrack. For those of us who prefer a friend, it will also feature split-screen multiplayer. Split-screen seems to be a rarity these days, so it is nice to see Gaming Factory S.A. implement it into the game. Also, expect some reverential callbacks to older shooters in the vein of id Software.

Chains of Fury will additionally feature environmental destruction. Let’s be honest: Not enough FPS games utilize it even though the tech has been there since long before its biggest leap forward in 2001’s Red Faction. In the trailer, the player destroys the environment to find secrets, access new areas, and kill enemies, and the developers state that players can destroy 80% of the walls in a given level. It will be exciting to see if the destruction will be even more robust by release.