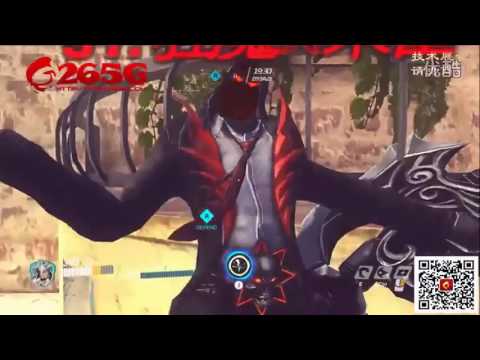 A few weeks ago we reported about the existence of a Chinese Overwatch rip-off called Legend of Titan. There’s wasn’t much to go on apart from a few shots but now there’s some footage.

You have to have some serious balls to rip-off a game to the extent Legend of Titan has with its attempt at similar environments and direct copies of characters. As you’d expect, just like fake watches and handbags from the Far East, this looks terrible.

I wonder how many legal letters are being prepared at the moment at Blizzard’s legal department, they are probably quite busy.

Update: Here’s some good news for Blizzard’s legal department. It has come to light that game was apparently a “tech demo” to show what could be done in a browser which might explain the 2 FPS in the video. The information comes in an update on Reddit and the final game will apparently look nothing like this. They used the Overwatch theme as an example of what could be done and never expected it to be filmed.