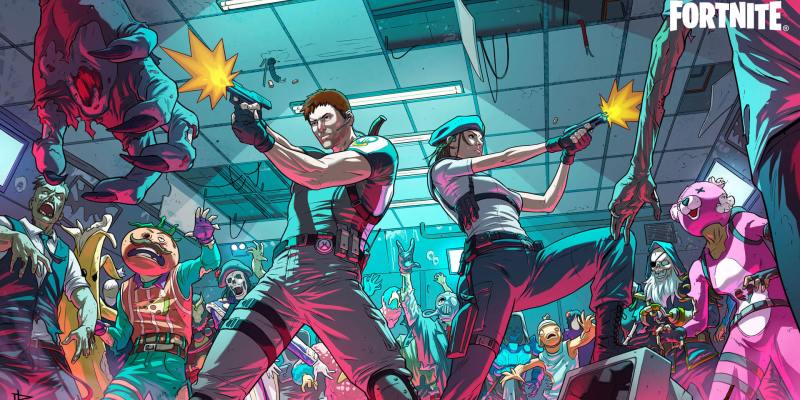 Destroying the undead minds that plague Fortnite should become a little more immersive with the S.T.A.R.S. members Chris Redfield and Jill Valentine joining the fight. The popular pair from the Resident Evil franchise is crossing over into the world of Fortnite, bringing a little bit of horror to the battle royale game. Of course, as we barrel towards Halloween, Fortnite pulling in some horror video game icons makes sense.

The appearance of the two aligns with Fortnite’s Halloween event, Fortnitemares 2021. The event is filled with Halloween-filled goodies, like new skins, weapons, and other collaborations. The Resident Evil pair wandering into Fortnite should help players fend off the cube monsters — evil creatures who ended up on the island. These beasts spawn in the Sideways, giving players a rough time.

Resident Evil gets partnered up with Fortnite

You can use the new Chris Redfield and Jill Valentine skins in Fortnite by buying the S.T.A.R.S. Team Set in the Item Shop. Buying the set grants you access to the “boulder enthusiast and master of unlocking,” including some alternate skins. Chris Redfield will also come with a Hound Wolf Squad Style, while Jill Valentine will come with an alternate Raccoon City Style. That’s a lot of style for a battle royale.

There are other new items arriving with the set, like the Green Herb Back Bling. There’s also the Saving Keystrokes Back Bling and the HOT DOGGER Pickaxe — a knife developed by the Umbrella Corporation. There’s a new emote as well called the Brolly Stroll emote.

The Chris Redfield skin, Jill Valentine skin, and other visual character updates are available in the S.T.A.R.S. Team Bundle set. Players can get unique weapons like the HOT DOGGER Pickaxe and the Brolly emote by purchasing the S.T.A.R.S. Gear Bundle set. Buying the team bundle will also include a special Survival Loading Screen.