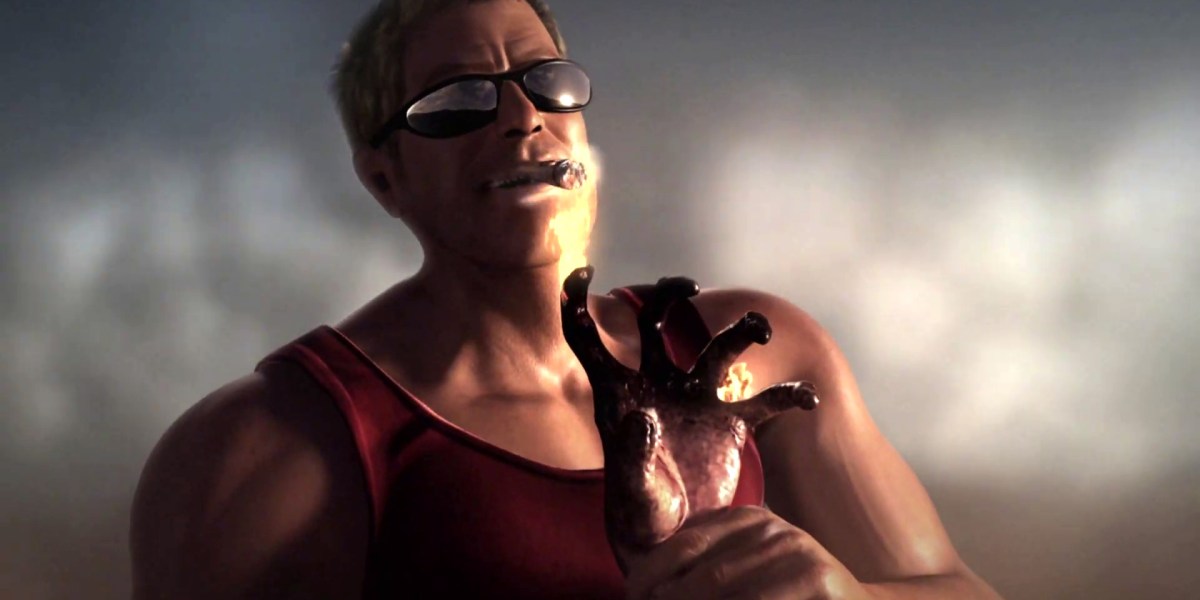 During the second half of the 2000s, Gearbox Software began development on Duke Nukem Begins, a planned prequel for the entire Duke Nukem franchise. Not only did Gearbox never officially announce the project, but the company also canceled it sometime during the following decade, which could have resulted from a variety of factors, such as a lawsuit filed over another Duke Nukem project during 2014. A few days ago, artist Gregor Punchatz posted an old cinematic made for Duke Nukem Begins on his YouTube channel, which gives some idea as to what this lost piece of gaming media would have looked like.

According to Punchatz, Dallas-based production studio Janimation created this cinematic. Gearbox hired the studio to conjure up a vertical slice for the project, or “an animated version of what the game will look like,” as Punchatz puts it. Punchatz served as the director of Janimation at the time, so he led the animation’s development and handled “the design and modeling of Duke” as well as some other “character development” work. He stated that his team “poured everything we had into making the most awesome cinematic Janimation had ever created.”

The news of Duke Nukem Begins’ cancellation greatly disappointed Punchatz and his team, as they felt that the cinematic “could help [them] compete with bigger players in the game trailer market at the time.” Since he still felt proud about what he and his team had accomplished, he decided to release the cinematic “13 years after its creation.” He hopes that the cinematic “somehow resurrects this version of the game by showing the world how awesome it would have been.”

Those passionate about troubled game development histories and games preservation will definitely appreciate the release of this Duke Nukem Begins cinematic. Although it likely will not result in renewed interest in the project by Gearbox, especially considering the troubled history of the Duke Nukem franchise in general, it at least gives fans something to enjoy, think about, and discuss after all this time.

Button City review — A trip down to the arcade