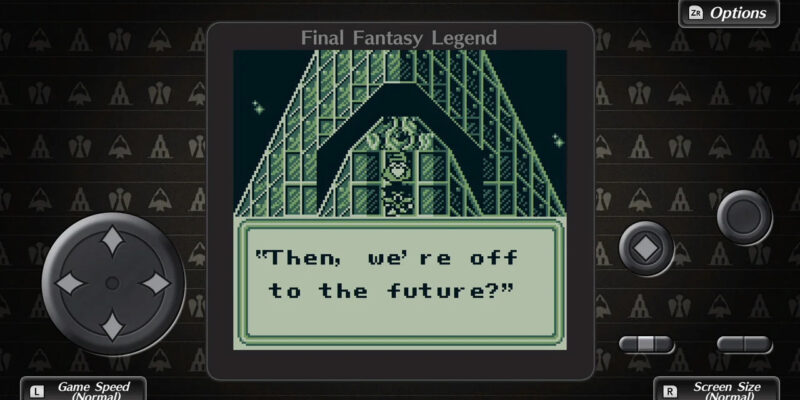 Square Enix seems determined to remaster all of their classic games, it seems. The company announced that the first three games in the Final Fantasy SaGa series are arriving on PC on October 21 to celebrate the series’ 30th anniversary. And unlike its Pixel Remaster games, it appears all three games will release as one cohesive package.

This follows news of Final Fantasy IV Pixel Remaster‘s release date, which is dropping on September 8. The first three games, known as Final Fantasy Legend I, II, and III respectively, distinguish themselves from other mainline Final Fantasy games through a variety of different mechanics. This is a great time to familiarize yourself with an old classic, as well as an opportunity to reignite a franchise that almost seemed forgotten.

In one complete package

The unique SaGa games do share some traits with the mainline Final Fantasy games. For instance, you’ll still run across random enemy encounters, as well as a turn-based combat system. But these games have a unique open-world exploration system, as well as nonlinear gameplay and an open-ended branching story.

There hasn’t been a new full SaGa game since 2019 when SaGa: Scarlet Grace was released on the PlayStation Vita. However, Scarlet Grace is actually quite a bit older than that, with its original release in Japan three years prior. These games have already been ported to the Nintendo Switch, but it’s still a recent release for the franchise. Could this predicate a new game coming soon in the future?

Nevertheless, fans should be pleased with the opportunity to relive a past classic. This port will include some quality of life updates, such as quick saving and loading and a character speed boost. The game also mirrors the original Game Boy release with a Game Boy display mode for an extra dosage of nostalgia. Collection of SaGa Final Fantasy is releasing for PC through Steam on October 21.