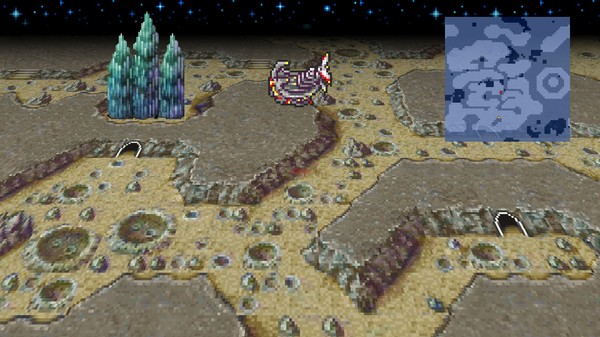 Final Fantasy IV Pixel Remaster, the fourth game in a series of remakes, finally has a release date. Following the launch of the first three Pixel Remaster games, the next remake will drop on September 8. This is a newer fans’ next opportunity to explore the origins of the classic JRPG franchise.

While we knew the Pixel Remaster games would release individually, I did expect Square Enix to drop IV, V, and VI together at the same time. After all, the first three remakes (I, II, and III) had a combined release date of July 29. Regardless, it hasn’t been long since the last release, so Final Fantasy V and VI should follow fairly soon.

Final Fantasy IV‘s original debut was back in 1991 on the Super Nintendo (although it was released as the second in the franchise due to localization problems). The classic JRPG follows the dark knight Cecil Harvey, who questions his allegiance to his kingdom due to malicious orders to attack other towns and villages.

Similar to the other Pixel Remaster games, Final Fantasy IV has numerous upgrades to help modernize the experience for newer fans. Original pixel artist Kazuko Shibuya has redrawn most of the graphics and character sprites. Additionally, the original composer, Nobuo Uematsu, has rearranged the game’s original soundtrack.

You can check out Final Fantasy IV Pixel Remaster, with a release date of September 8, on Steam today. Pre-ordering the game early will grant you access to some bonuses: a three-track soundtrack and some wallpapers. The game is currently on sale for $14.39 USD, down from the original price of $17.99 USD. 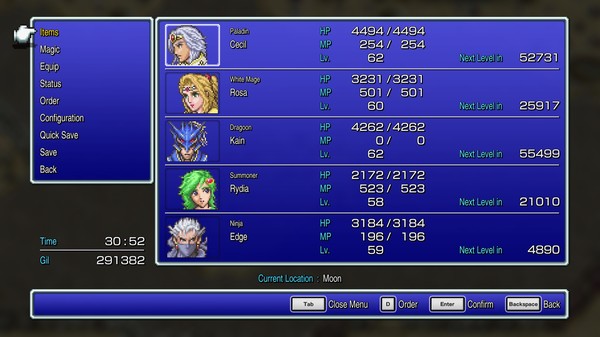 Final Fantasy IV will have new graphics and a modernized UI showcased here.