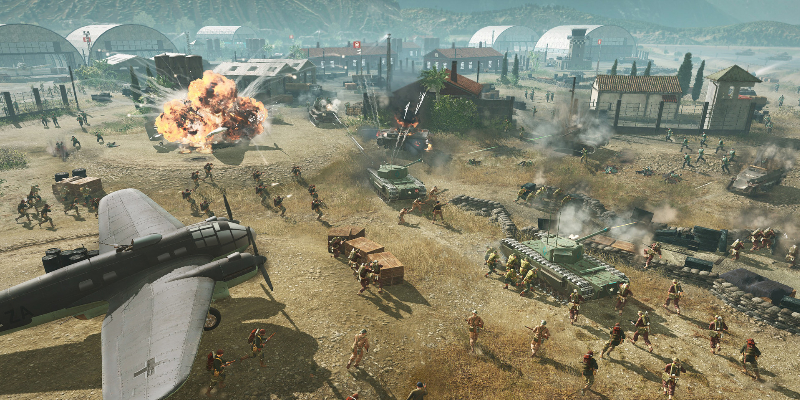 Canadian developer Relic Entertainment has announced a delay for its upcoming project, Company of Heroes 3. It was originally given a release date of November 17, but this was no longer deemed possible. Company of Heroes 3 will now launch on February 23, 2023.

The next game in the critically acclaimed RTS franchise had to be pushed back for a variety of reasons. The main one being that Relic Entertainment wants additional time to work on overall improvement. This includes tweaking the balancing and making the finer adjustments required to create a great game.

Relic Entertainment states that it’s delaying Company of Heroes 3 to avoid disappointing players. Rather than rushing out a mediocre product, Relic would rather take its time to create something that will “deliver the deepest tactical experience” possible. Those extra few months of development will hopefully give Relic Entertainment the time needed to do that.

First revealed in July 2021, Company of Heroes 3 is the sequel to its 2013 predecessor. Company of Heroes 2 has ‘Very Positive’ reviews on Steam and currently sits at an impressive 80% on Metacritic. There’s a lot of pressure to release another great RTS game, with the franchise rarely failing to deliver in the past.

Fans looking forward to Company of Heroes 3 may not be happy that it has been delayed. However, delaying a game is almost always the better choice than pushing through and rushing it. With this delay, Relic is actively working to remove bugs and address feedback. It’s hard to be mad at that.

And with Company of Heroes 3 introducing some big changes, it’s important Relic gets things right. The last thing anyone wants is an unfinished game filled with new features that didn’t receive enough time or attention. Besides, it’s only three more months to wait. If what we’ve seen so far is anything to go by, it looks to be worth it.