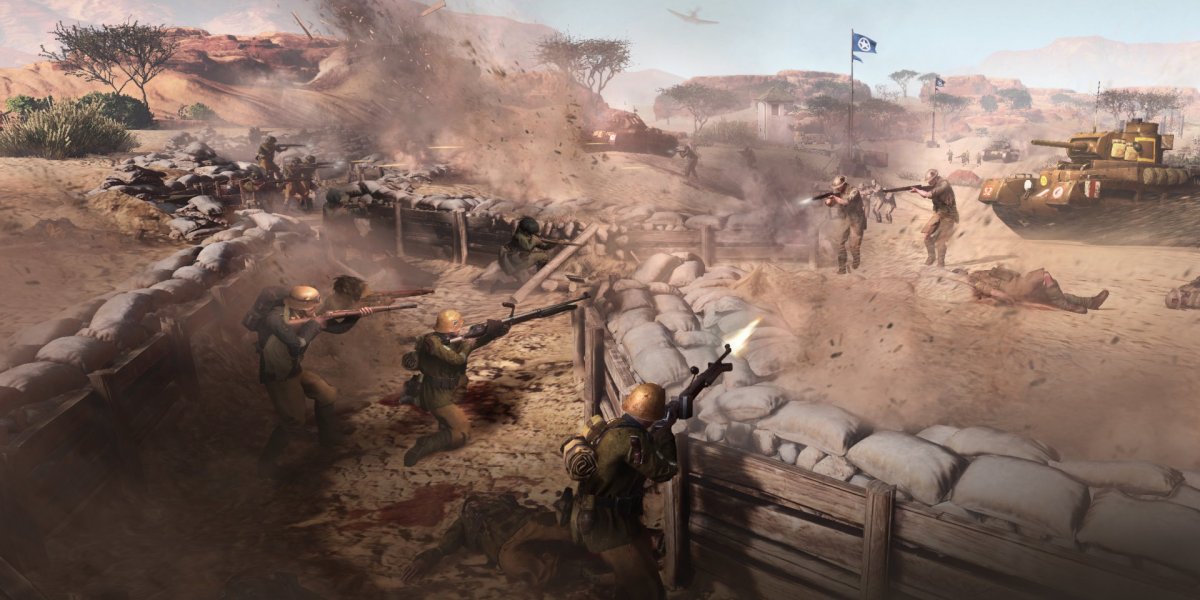 Company of Heroes 3 has a release date of November 17, where it’ll go live on Steam with two whole campaigns to blast through. The launch date was revealed earlier today during a livestream, which introduced the North African Operation — the second campaign of the game. November is quite the wait, of course, but fans can sign up for a new Company of Heroes 3 Alpha today.

The new preview, Mission Alpha, allows you to try your hand at the North African Operation. Unlike the previously revealed Italian Dynamic Campaign, your trip to Africa is more akin to older games in the series. It’s a “narrative led single-player experience,” differing from the more open ended Italian campaign. In it, you take control of the Deutsches Afrikakorps (DAK). Yes, the bad guys.

“A wealth of new mechanics has drastically changed the battlefield in North Africa, where tank-riding enables coordinated rapid-strike assaults that overwhelm the enemy,” reads the press release. “Powerful Italian units can be called upon in Mission Alpha, such as the Guastatori combat engineers and the L6/40 Light Tank. Players can also enjoy new core gameplay innovations like side armour, enemy vehicle recovery and vehicle-towing, which lets you reposition your hard-hitting artillery like the German Flak 36 and British 17-Pounder.”

The mission is to “repel the British from their entrenched positions.” You don’t need to be a history buff to know where this campaign will lead. Still, it’ll be interesting to see where developer Relic Entertainment takes it. You can get a taste of the story starting today, if you’re curious. The Mission Alpha allows you to play a single mission from the North African Operation. All you need to do is head to the Company of Heroes 3 website and sign up. Once you do, it’ll show up in your Steam Library. The mission is available to play until July 19.

It’s been about a decade since the last game, but Company of Heroes 3 now has a release date. You can check out more info, and pre-order details, on the game’s Steam page ahead of the November launch.